Nick Wright is known for his brash hot takes and undying love for LeBron James. However, Wright has a tendency for swinging and missing on some of his takes, including calling Andrew Wiggins a "bad player."

Draymond Green, never the one to back away from criticizing the media, ripped the FOX Sports pundit for his awful take on his podcast immediately after Game 6 of the Finals. Green said he hopes Wright is able to stand on his word because his basketball knowledge is now in question.

On the newest episode of The Colin Cowherd Podcast, Wright responded to Green, admitting that he and Cowherd get along so well because they make their living by spouting hot takes--with some of those takes being completely off the mark.

“I was wrong,” Wright told Cowherd. “So this is my issue with what Draymond said. Draymond said I hope you stand on it. If I were to talk to Draymond, I would say what do you mean by stand on? Do you mean by [admitting] I said it? Like, not say that’s a deep fake? OK, I will stand on that.

“Are you saying, ‘I hope you still believe that?’ Of course I don’t still believe that, I was wrong. The only frustration I have is not directed at Draymond, but folks pretending what I said there wasn’t mostly consensus opinion really irks me.”

For context, this all started back two years ago when Wright went on his show First Things First to call out the Warriors for trading for Wiggins. He followed that up with an even more absurd take that Steph Curry will never reach the NBA Finals again.

Andrew Wiggins putting the Dubs a game away from the Finals by playing the game of his life officially makes this my most regrettable television take.

Everything about this clip has aged the opposite of well! https://t.co/rH1baTwhPJ

Curry and the Dubs made him regret that statement, winning their fourth NBA Championship in eight seasons. As for Wiggins, if it wasn't for his heroics in Game 5, we could be telling a different story about the Warriors right now.

Wright contested that he wasn't the only one who thought the trade for Wiggins was bad and immediately followed up that statement by taking another shot at the Warriors, claiming they have no shot at repeating next year.

“That I was the only person criticizing the Andrew Wiggins trade is so ahistorical, but I hope everyone has their old TikToks ready to send this to me in 2025,” Wright said. “They’re the favorites to repeat? Man, get out of here. They’re not winning the title next year.”

Wright may have just added more fuel to the Warriors' fire. 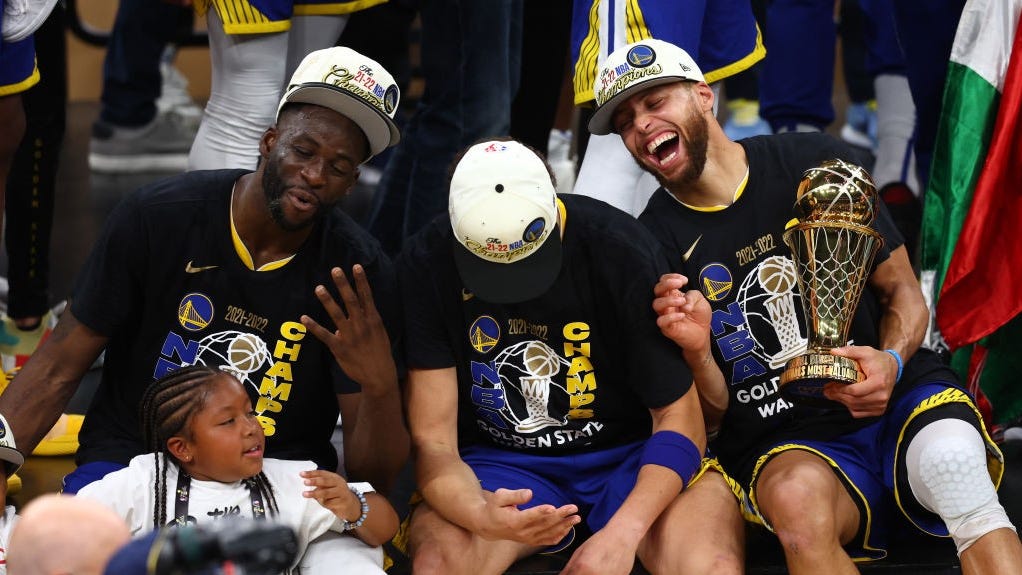