After giving a vintage performance with five touchdowns in a season-opening win at Arizona, Patrick Mahomes lived dangerously in Week 2, surviving a rollercoaster Thursday night as Kansas City escaped with a narrow 27-24 win over the rival Chargers in a game that, for Chiefs fans, was entirely too close for comfort.

Though he still had his moments, completing 24-of-35 passes for 235 yards and a pair of touchdowns (none more impressive than his 41-yard strike to Justin Watson, an ambitious throw few quarterbacks on this blue marble we call Earth would even attempt), Mahomes would be the first to admit he wasn’t at his best against the Bolts, laboring through an uncharacteristically rocky night under center plagued by spotty accuracy and erratic decision-making. In particular, Mahomes got away with a third-quarter interception that was ultimately overturned on replay, with officials determining Asante Samuel Jr. never had full control of the football, hitting the ground before gaining possession.

“I’m sure PFF will have me at a low grade for that,” joked Mahomes, alluding to popular analytics site ProFootballFocus in his post-game press conference. “But I’ll keep it rolling.”

#ChiefsKingdom QB Patrick Mahomes after the win:
"I'm sure @PFF will have me a low grade for me for that, but I'll keep it rolling." @KCTV5 @ericeager_ pic.twitter.com/dh6ciHpfmj

Going against a stacked defense headlined by Pro Bowlers Joey Bosa, Derwin James (who prevented a touchdown by body-slamming tight end Travis Kelce at the goal line), J.C. Jackson and former Defensive Player of the Year Khalil Mack, Mahomes had every reason to struggle Thursday night, even with a raucous home crowd behind him at Arrowhead Stadium. Mahomes had already warned us the Chiefs’ offense would be a work in progress, welcoming JuJu Smith-Schuster, Sky Moore and Marquez Valdes-Scantling, among other newcomers this offseason.

Though Mahomes, who celebrates his 27th birthday this weekend, may have fallen short of his own expectations, PFF’s advanced metrics still credited him with three “big-time throws,” two more than he had in Week 1. Of course, PFF also charged him with three TWPs—turnover-worthy plays—while also dinging him for a rare delay-of-game penalty. With nine days to prepare, fans should expect to see a much crisper, more precise Mahomes when the Chiefs visit Indianapolis next Sunday. If not, Kansas City could be in for a rough stretch with nine of their next 10 opponents coming off winning seasons a year ago. 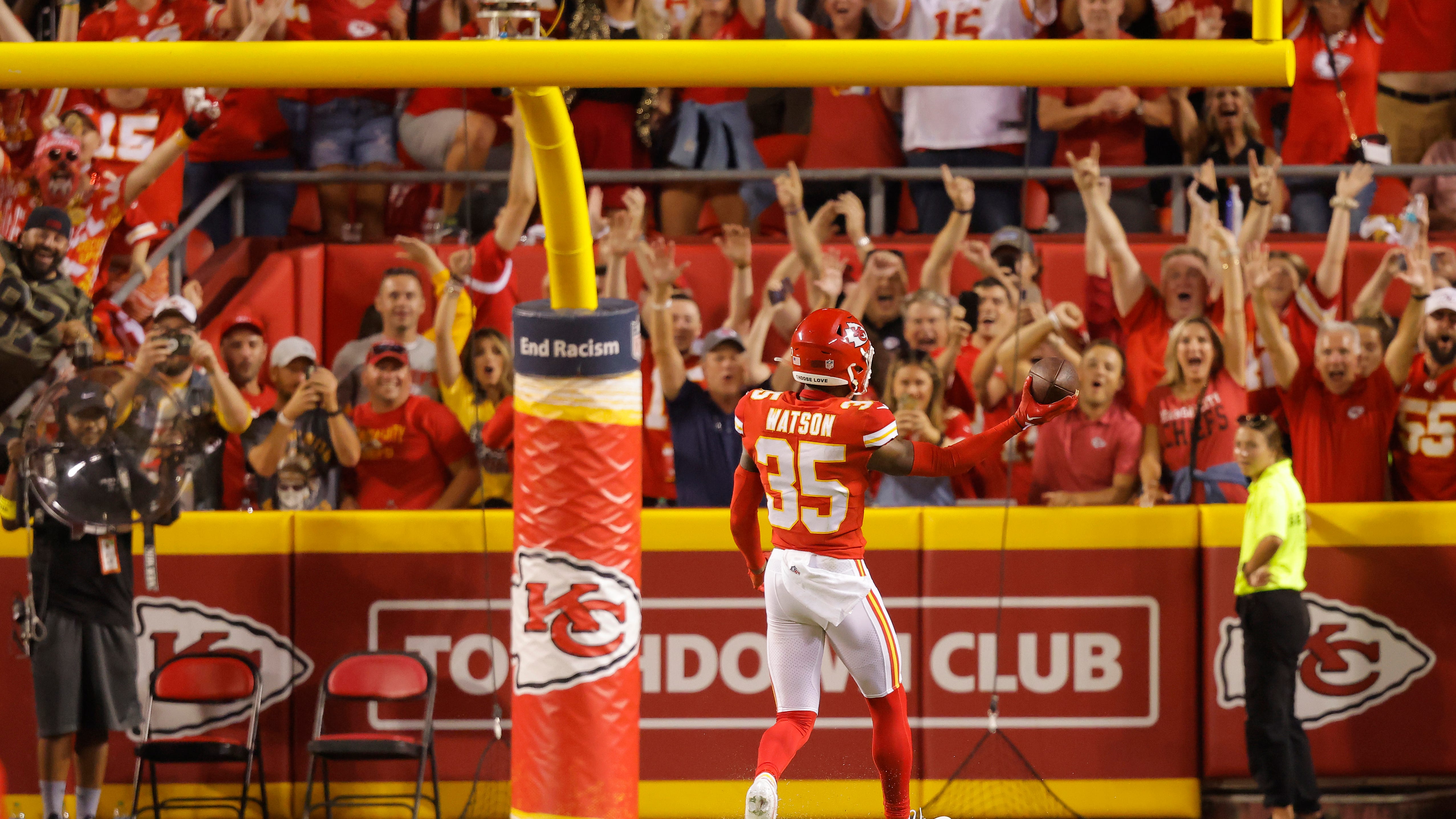 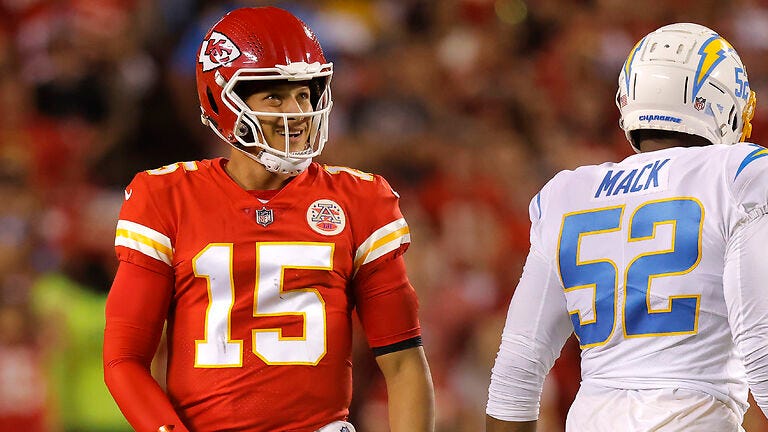