For the first time ever, Penn State appears to be opening the door to selling alcohol throughout Beaver Stadium.

According to Jon Sauber of Centre Daily Times, "the university is exploring selling alcohol on the concourse at Beaver Stadium this season." Sauber adds that the tentative plan is to have something of a "test run" on Sept. 24 when Penn State welcomes Central Michigan to Happy Valley. That's the second home game of the season for the Nittany Lions, with a start time sill set to be announced.

Plenty of people have enjoyed alcoholic beverages at Beaver Stadium since it opened in 1960, but they've done so by sneaking it in with them. As Sauber reminds us, the only parts of the stadium that alcohol is allowed to be sold in currently are the suites.

It's fair to wonder what the logistics of selling alcohol at college games will be like. There's plenty of fans who attend college games that are 21 and older. But how will those under 21 -- perhaps with fake IDs -- been weened out? Will it fall on the cashier selling beer to try to call out students who don't appear to be of age and/or may be using fake IDs? Who will determine when a fan has had enough to drink and needs to be cut off?

Sauber reports that customers would only be able to buy two drinks, but there's nothing to stop someone from getting back in line or just sending a friend to buy more alcohol.

Certainly, selling alcohol at collegiate football games would bring in a ton of revenue. But there are things to be considered so that stadium workers don't end up having to be the judge and the jury. Perhaps those projecting how much money this could be bring in don't really care about that, though. 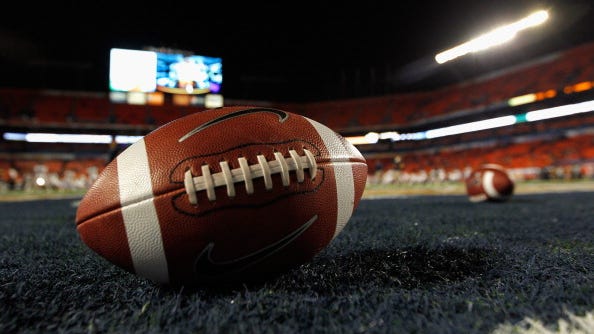