Trea Turner and Bryce Harper publicly flirted for much of 2022 season, and there appears to be a real possibility that the former Washington Nationals reunite with the Philadelphia Phillies.

According to BetOnline.AG, the defending National League Champions are the favorites to sign Turner if he leaves the Los Angeles Dodgers in free agency:

Per @betonline_ag, the Phillies are the betting favorites to sign Trea Turner if he leaves the Dodgers. pic.twitter.com/t3sV7mxw13

If Turner joined the Phillies, he would play shortstop and solve the problems that the team has had finding a consistent leadoff hitter in recent seasons.

Former first-round pick Bryson Stott, who impressed in his rookie season, would shift from his natural position of shortstop to second base on a full-time basis. The Phillies declined Jean Segura's $17 million club option for the 2023 season Monday, triggering a $1 million buyout.

Naturally, there's going to be quite a few teams interested in Turner, starting with the Dodgers. A report Monday also indicated that the New York Mets could be surprise suitors for Turner's services.

But an "outside expert" told Jon Heyman of The New York Post last week that he believes Turner will sign for nine years and $275 million this offseason. That type of asking price will certainly limit what teams will make serious pushes for the two-time All-Star's services.

Throughout the 2022 campaign, there was quite a bit of smoke in regards to the Phillies potentially pursuing Turner after the season.

"Several talent evaluators" told Bob Nightengale of USA Today in June that they believed Turner would ultimately sign with the Phillies.

Additionally, there's clearly quite a bit of mutual respect between Harper and Turner, who were teammates on the Nationals from 2015-2018.

In May, Turner said that it "feels like he's the best player in the world" in regards to Harper, as the Phillies and Dodgers played a series at Chavez Ravine.

Then in June, Harper glowed about Turner and said that he was "excited to see where he goes next year."

There would be quite a bit of risk in signing a shortstop for a deal close to a decade before his age-30 season. But boy, a lineup with Turner, Harper, Kyle Schwarber and J.T. Realmuto would be pretty scary for the next few seasons. 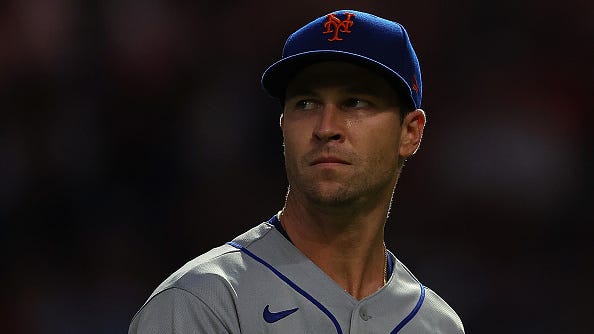