Hosting their first home playoff game in over a decade, you knew Phillies fans would bring plenty of energy to Friday’s NLDS Game 3 at Citizens Bank Park, one of the most anticipated Philly sporting events in recent memory.

Armed with that knowledge, fans took it upon themselves to make Ozuna’s life hell, welcoming the controversial Braves slugger to Philadelphia in decidedly hostile fashion. This was the scene during Ozuna’s second-inning at-bat against Aaron Nola, with fans joining in a “DUI” chant loud enough to hear in Center City.

Ozuna had a successful regular season against the Phillies, hitting .304 with a homer and four RBI, albeit with 18 strikeouts in 56 at-bats. However, that hasn't carried over into the playoffs, entering Friday without a hit in four postseason at-bats. A two-time All-Star, Ozuna wasn’t present for the Braves’ World Series run last fall, spending the latter part of 2021 on administrative leave after a domestic violence incident.

With a 10-game road trip to end the regular season followed by series in Atlanta and St. Louis, it’s been 19 days since the Phillies’ last home game, but it was worth the wait with Philadelphia leading their NL East rival 6-1 through six innings. After frustrating fans with his performance in Game 2, Rhys Hoskins redeemed himself with one of the biggest hits of his career, sending Braves ace Spencer Strider to an early shower with one mighty swing.

If you thought the sports complex in South Philly was rocking Friday, just wait until the Cowboys visit Sunday night. 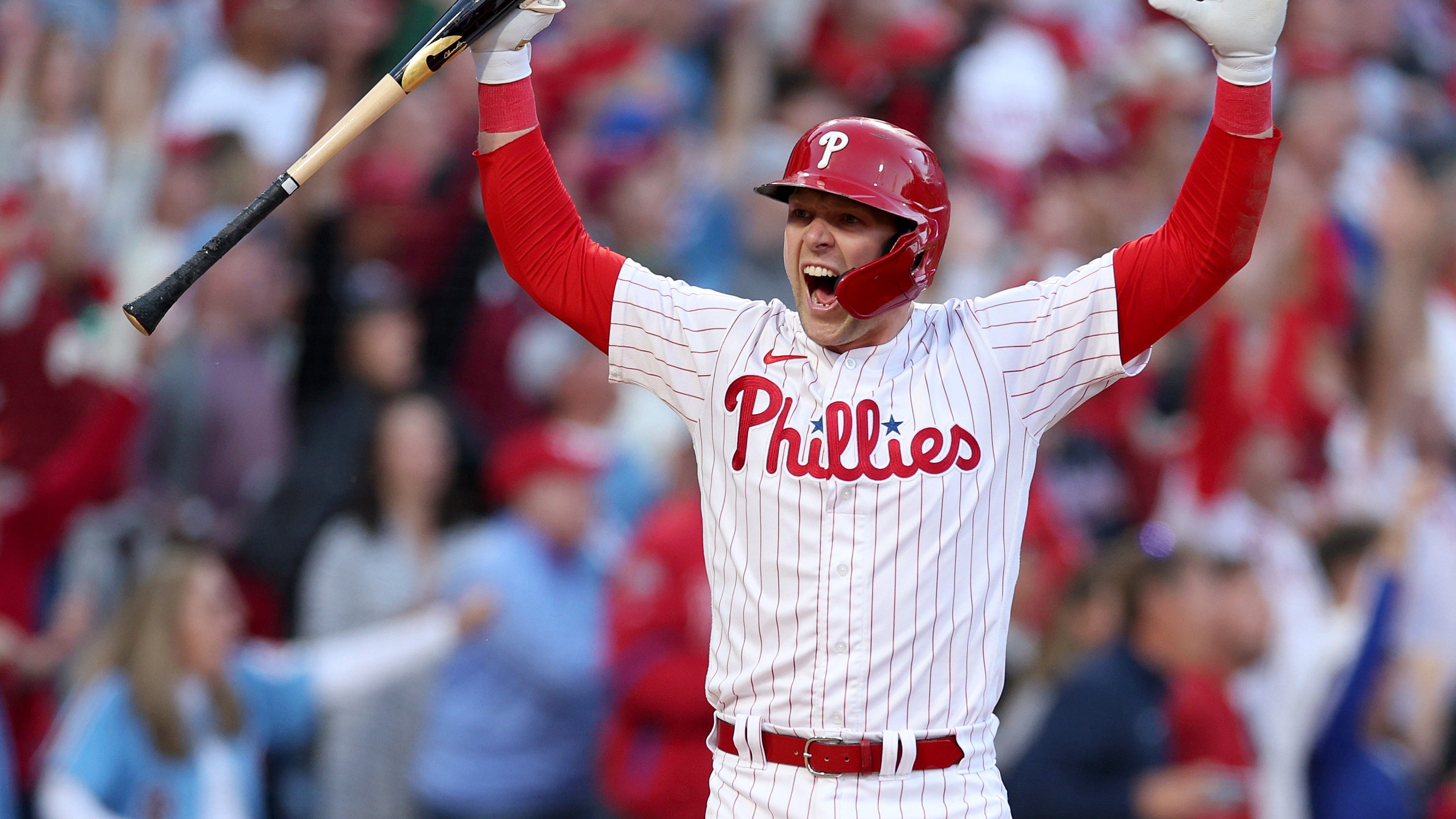