After a heroic Game 7 against Milwaukee (27 points on 10-of-22 shooting including 7-of-18 from three-point range), Grant Williams came all the way back to Earth with a disastrous performance Tuesday night, totaling just seven points with -14 net rating as the top-seeded Heat cruised to a 1-0 series lead in the Eastern Conference Finals. Drafted 22nd overall in 2019, the 23-year-old has emerged as an important role player for the Celtics, shooting a high-percentage from beyond the arc (41.1 percent this season) while playing a fearless brand of defense, even holding his own against Giannis Antetokounmpo in the low post.

That said, Williams’ “in your face” style can wear thin at times, rubbing fans, opponents and even some of his own teammates the wrong way. Many rolled their eyes at Williams’ needy, “look-at-me” behavior in Game 1, hamming it up for the cameras (he wore a microphone for ESPN) with his overzealous reactions, frequent flopping and animated speeches nobody on the Celtics’ bench asked for. While Ryen Russillo appreciates Williams’ on-court contributions and acknowledges his steady improvement throughout his three seasons in Boston, he could do without the dog and pony show.

“Is he possibly the most annoying player in the NBA right now?” the former ESPN personality lamented on The Bill Simmons Podcast. “Nobody has ever wanted to be mic’d up more than him.”

Williams’ confidence (or “overconfidence,” depending on who you ask) is perceived as one of his biggest strengths, though, in some instances, it can also be his undoing.

“He’s starting to think that he deserves calls like he’s a first-ballot Hall-of-Famer,” Russillo observed. “It’s a tough watch sometimes.”

“There’s just no way this is flying with [Jayson] Tatum or [Jaylen] Brown,” Simmons agreed, pointing to his explosive sideline outburst in Game 1, displaying a level of intensity reminiscent of Michael Jordan in The Last Dance. “Somebody’s going to have to have a talk with him.”

Unlike past generations, today’s players are encouraged to have a personality, expressing themselves on social media and other platforms. However, as Williams has discovered of late, striking the right balance can be tricky. “I like Grant. I appreciate what he’s done and what he’s turned into here in a very short amount of time. It’s incredible,” said Russillo. “But yeah, the mic’d up stuff. He just can’t do it.”

Grating as the forward can be with his blustery antics and cringeworthy monologues to no one in particular, Simmons would rather have a player with Williams’ irrational confidence than the alternative. “The little annoying tendencies he has that will pop up on the mic’d up thing, that’s also, I think, what makes him a great player. He’s just kind of relentless and he really does think he belongs with all these other guys. I’d rather have that quality than somebody who is completely terrified.” 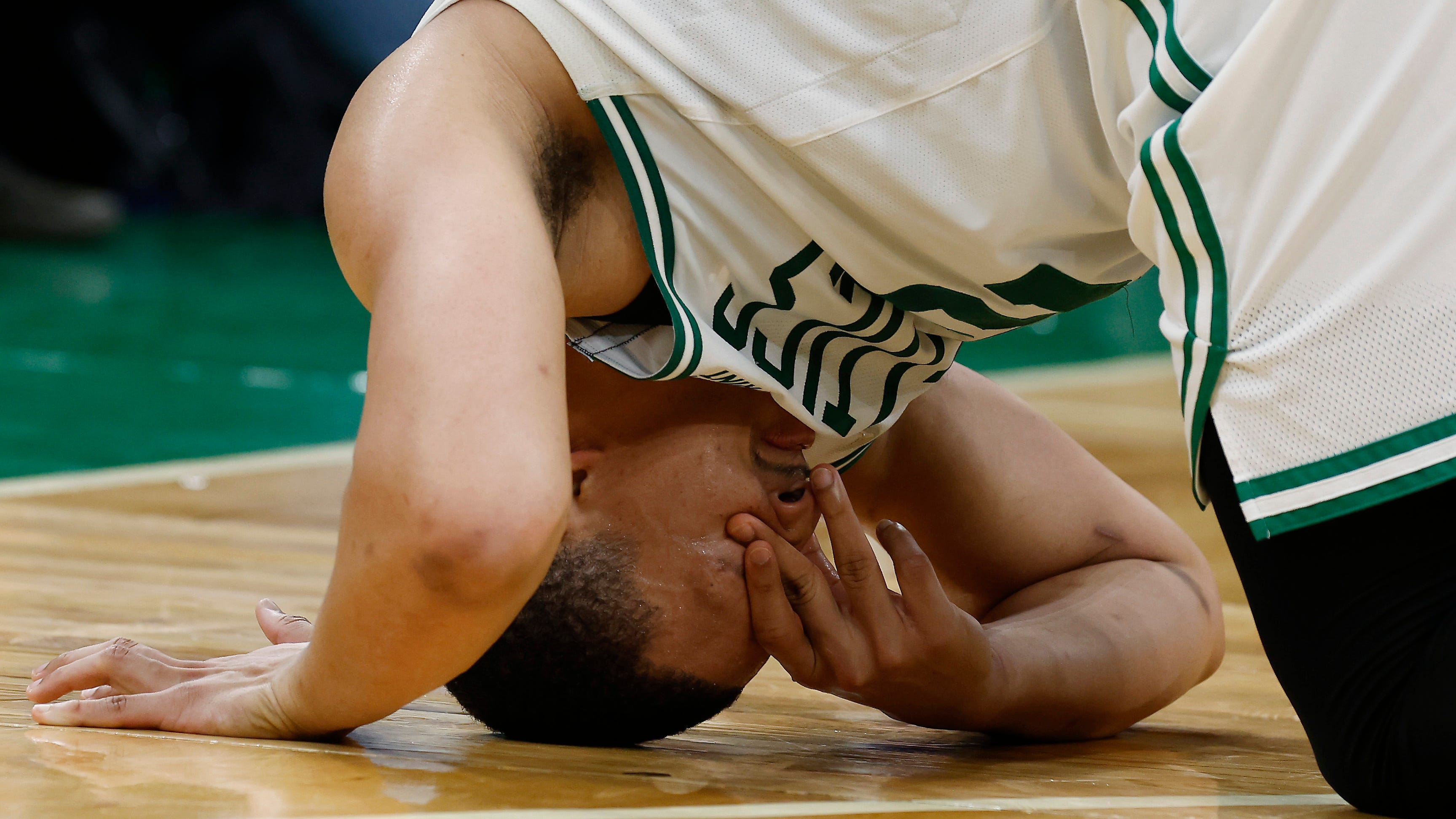