SAN FRANCISCO – It’s named after Magic Johnson, so perhaps it was fitting that Steph Curry won the inaugural MVP award in the Western Conference Finals. After all, they're probably the two greatest point guards to have ever played the game.

Steph is still adding to his resume, though, and there will probably be plenty more accolades by the time he calls it a career. On Thursday night, Curry added a new trophy to his case, as he took home the Magic Johnson Award following the Warriors’ series-clinching 120-110 win over the Dallas Mavericks.

Curry’s former teammate and current Warriors exec Shaun Livingston presented him with the award at midcourt after the game. Steph’s teammates lifted him up into the air once the announcement was made and he couldn’t help but smile.

For a guy who is praised for his attitude as a selfless superstar, it was a nice moment in the limelight for Curry.

“Definitely special,” Curry said. “I appreciate the way the teammates celebrated with me. Like I said, that acknowledgement, six out of eight, ability to play in another Finals. I mean, what else could you want? I’m excited about another opportunity to go get one.”

Check out the reaction from his Splash Brother Klay Thompson, who dropped 32 points Thursday, once Curry was announced as MVP.

It's really cool that the greatest shooter basketball has ever seen, a friend, future hall of famer, and great person, @StephenCurry30 won the first ever Magic Johnson Western Conference Finals MVP award!! Congratulations! 🏆

Curry averaged 23.8 points, 6.6 rebounds and 7.4 assists per game during the series, while shooting 44.4 percent from the floor and 43.9 percent from 3-point range. Steph’s signature moment in the series probably came in Game 2, when he did his patented “Night Night” celebration after icing the contest with a 3-pointer.

Steph loved being the first recipient of the award, as Johnson won five championships with the Showtime Lakers in the 1980s.

“The new trophy is pretty cool, especially with who it’s named after,” Curry said. “The standard that Magic sent in terms of being a champion and playing the point guard position, whatever other position he played. Just the excellence he demonstrated throughout his entire career.”

The Warriors will celebrate Thursday night, before resting up for the Finals, which will begin on June 2. At the age of 34, Curry might not be at the height of his powers, but he’s still a superstar with an appetite for another title.

“It’s OK to celebrate this one and understand we still got work to do,” Curry said. “It’s pretty damn good.” 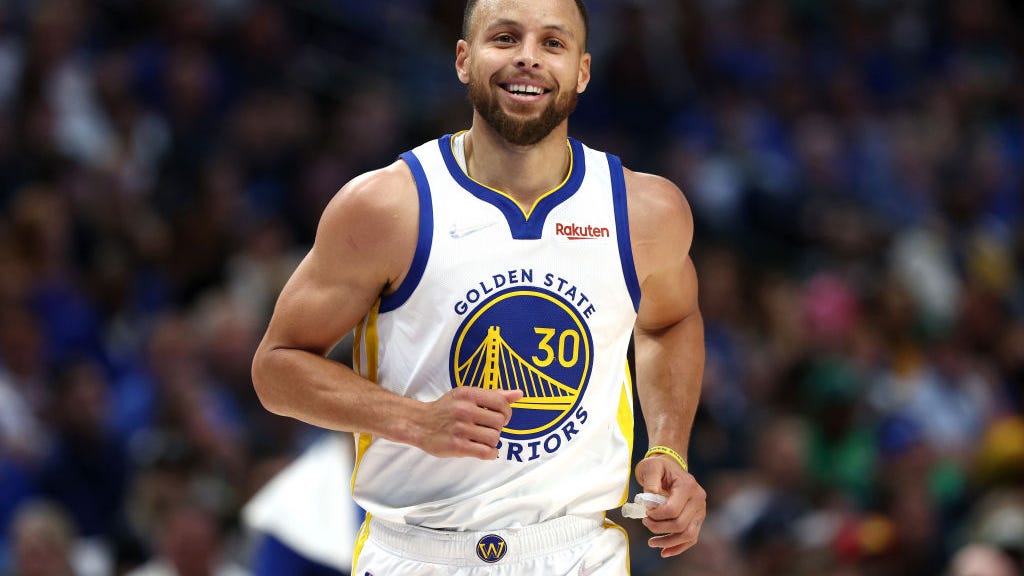