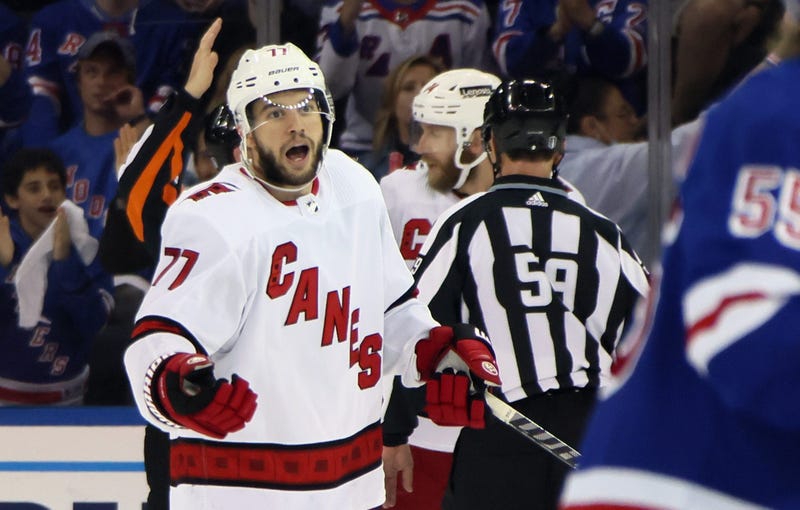 Tony DeAngelo is on the move again, with the Flyers becoming his third team in as many seasons. The Hurricanes got a decent haul for him too, netting three draft picks including a fourth-rounder this year, a third-rounder next year and finally a second-rounder in 2024.

DeAngelo seemed excited about joining the Flyers, who the 26-year-old blue-liner claims he grew up rooting for as a kid in South Jersey. However, not everyone is buying it, citing a comment he once made on social media, identifying the Flyers as his “least favorite team.”

A local product raised in Washington Township (he was born in neighboring Sewell), DeAngelo’s Flyers fandom must have faded at some point, perhaps during his stint with the rival Rangers from 2017-21. Despite his incriminating screengrab, the 5’11” bruiser should bolster a Flyers defense that ranked among the league’s worst last season, yielding their most goals (294) since 2007.

A first-round pick of the Lightning in 2014, DeAngelo logged 10 goals, 41 assists and 56 penalty minutes for the Hurricanes last season, adding another goal and nine helpers during Carolina’s postseason run, which ended with a loss to the Rangers in the Eastern Conference semis.