Ben Simmons became public enemy No. 1 in Philly after he passed up on a seemingly easy dunk in the closing minutes of Game 7 of the 2021 Eastern Conference semifinals against the Atlanta Hawks.

During the play, Simmons had the ball and spun off Danilo Gallinari--forcing Hawks star Trae Young to switch over to guard the 6'10" Simmons. Having a clear advantage to get an easy dunk or layup over the 6'1" guard, Simmons ended up passing the ball to Matisse Thybulle who was fouled and ended up at the free-throw line. Thybulle missed one out of the two at the line, sending the Sixers packing.

After getting trounced from the playoffs, Joel Embiid spoke to reporters and pointed to that moment as the turning point in the game. That was apparently the last straw for Simmons, who requested a trade out of Philly only days later, getting his wish at the trade deadline back in February.

On an episode of The Old Man and the Three, Young sat down with JJ Redick to finally discuss the infamous play. When speaking to the current ESPN NBA analyst, Young defended Simmons for his errant misread of the defense, saying he only had a split-second decision to make and states it would be a tough play for anyone to make.

“In those moments, and you spin, it’s a quick quick moment,” Young told Redick. "He may not have known that it was me.”

“He sees a blue jersey right behind me that he can just drop off and maybe get a layup so, I mean, it’s a bang-bang play and it sucks for him,” he continues. “I understand that’s a tough play. He’s a good player. Like I hate how people talk about how bad of a player he is. That’s what I’m saying about recency bias. I think he’s a really good player, but I think one moment can get people turning.”

The former No. 1 overall pick dealt with a lot of criticism not only from Sixers fans but from the media as well, which many believe are the two forces that perpetuated the idea that he was no longer a good player.

Simmons will look to continue his career in New York after missing the entire 2021-22 season due to a combination of mental health issues with the Sixers and dealing with back problems that held him out following the trade to Brooklyn.

Despite some being murky on Simmons' future in Brooklyn, the Nets front office seems very confident in their star guard after his back surgery. GM Sean Marks spoke to reporters on May. 11 saying that he "feels great" after Simmons' surgery and mentioned how the three-time All-Star fills a "gaping hole" on the roster and fits a lot of the team's needs.

"There's a gaping hole and he fits some needs" pic.twitter.com/BKqZDxtBVK 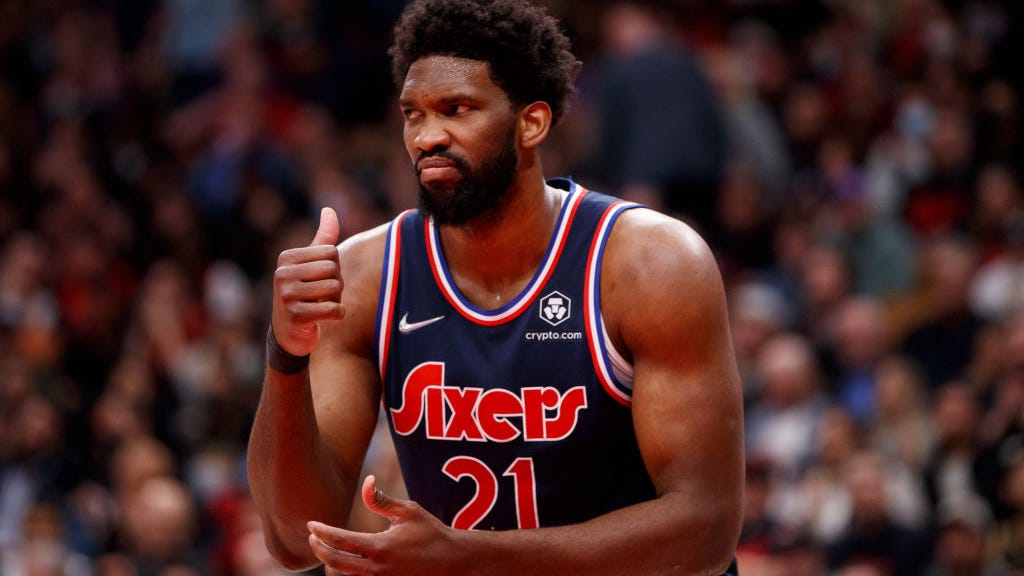