WWE superstar Triple H could send crowds into a frenzy when the growling voice of Lemmy Kilmister rang throughout the arena with his trademark line: "It's time to play the game."

But perhaps a remix is in store, at least while the Philadelphia 76ers are rolling through the 2021 NBA Playoffs: "It's time to trust the process."

If you're a Sixers fan, you know that it has long been time to trust the process, and the 2021 Sixers, centered around Joel "The Process" Embiid himself, are perhaps the peak example of why that's the case. With a dazzling finish and signature celebration that, like Triple H, sent the fans at Wells Fargo Center into a burst of excitement, Embiid brought two more Processors on board: the two people who inspired that aforementioned celebration. 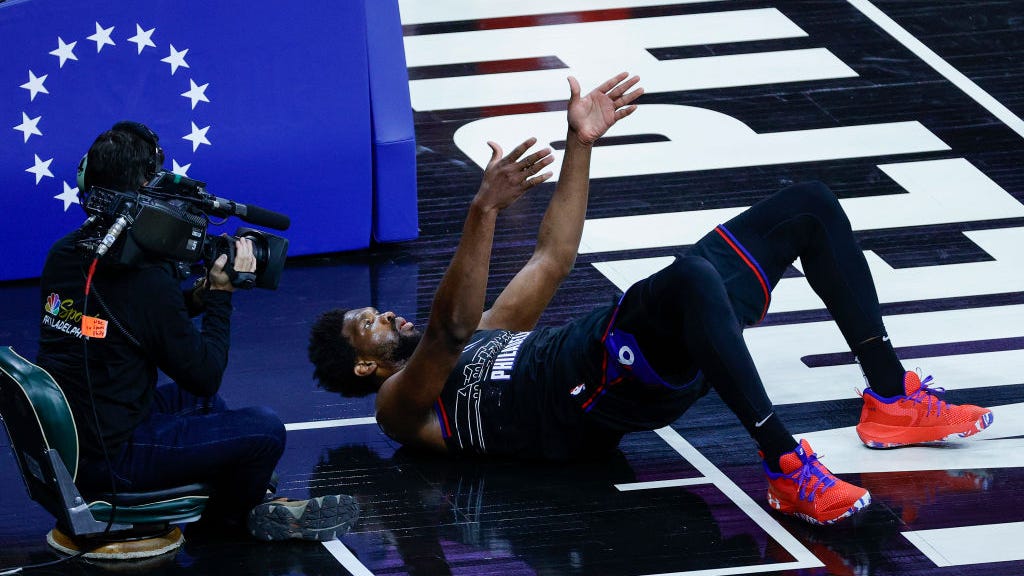 Joel Embiid's trademark celebration is back, and Twitter is loving it

…and if you’re not down with that!!!! https://t.co/GptODkdNnF

After Game 2 of the first-round series between the Sixers and Wizards, Embiid said of his hilarious celebration that, "DX, Triple H and Shawn Michaels, were my favorite wrestlers," which shouldn't come as much of a surprise if you're familiar with the in-your-face celebration that the star WWE duo popularized in the ring. Now, Embiid has popularized it on the NBA hardwood.

As great as this is, we think it's probably best that Embiid stop there in terms of how much inspiration he takes from D-Generation X. We don't want to see the 7-footer hitting a "Sweet Chin Music" or "Pedigree" on any of his opponents, for however entertaining that might be, it might result in some injuries and a penalty of some sort.