Tyreek Hill is using his trade from Kansas City as added motivation for the 2022 season.

While he's settling in with his new team the Miami Dolphins, hyping up his new quarterback Tua Tagovailoa in the process, Hill has had a lot of negative things to say about his former team.

In an interview with OutKick, the All-Pro wideout alleges that the Chiefs threw him to the side like he was "trash" and disregarded everything he did for the franchise.

“And a lot of guys when they get paid, they stop wanting to get better. And I feel like when the Kansas City Chiefs traded me I kind of took that personal. So now what really motivates me is I feel like they basically just threw me to the side, like I was trash or something.”

In March, Andy Reid told reporters that the only reasonable option left was to trade Hill because he and the team couldn't come to an agreement on a new deal.

"We came in aggressive [with an offer], and after we got to a point, we just said, 'Listen, in this day and age you have issues you have to deal with with the cap.' So we felt like it was better to allow him to go ahead and be traded," Reid told reporters.

Although it's seemingly impossible to replace the production of a guy with's Hill's ability, the Chiefs brought in JuJu Smith-Schuster to pair up with Mecole Hardman, Josh Gordon and Travis Kelce to make sure the offense doesn't miss a single beat in 2022.

Hill said his ultimate goal in Miami is to first get the team to the postseason and eventually build on that success to win the franchise's first Super Bowl title since the 70s.

"For me, man, obviously there are a lot of areas you can always improve at," he told Salguero. "But my main goal this year is help this team any way I can to make it to the playoffs obviously, and then we're going to go to the Super Bowl.

"I want to ride in a parade through Miami, Hard Rock and Miami Gardens and just feel that energy," he said. "That's what I'm here for."

While the Chiefs and Dolphins are not scheduled to meet in the regular season, Hill's return to face his old team would have been one of the year's top storylines.

It's possible both teams could meet in the postseason which would be the must-see game of year. 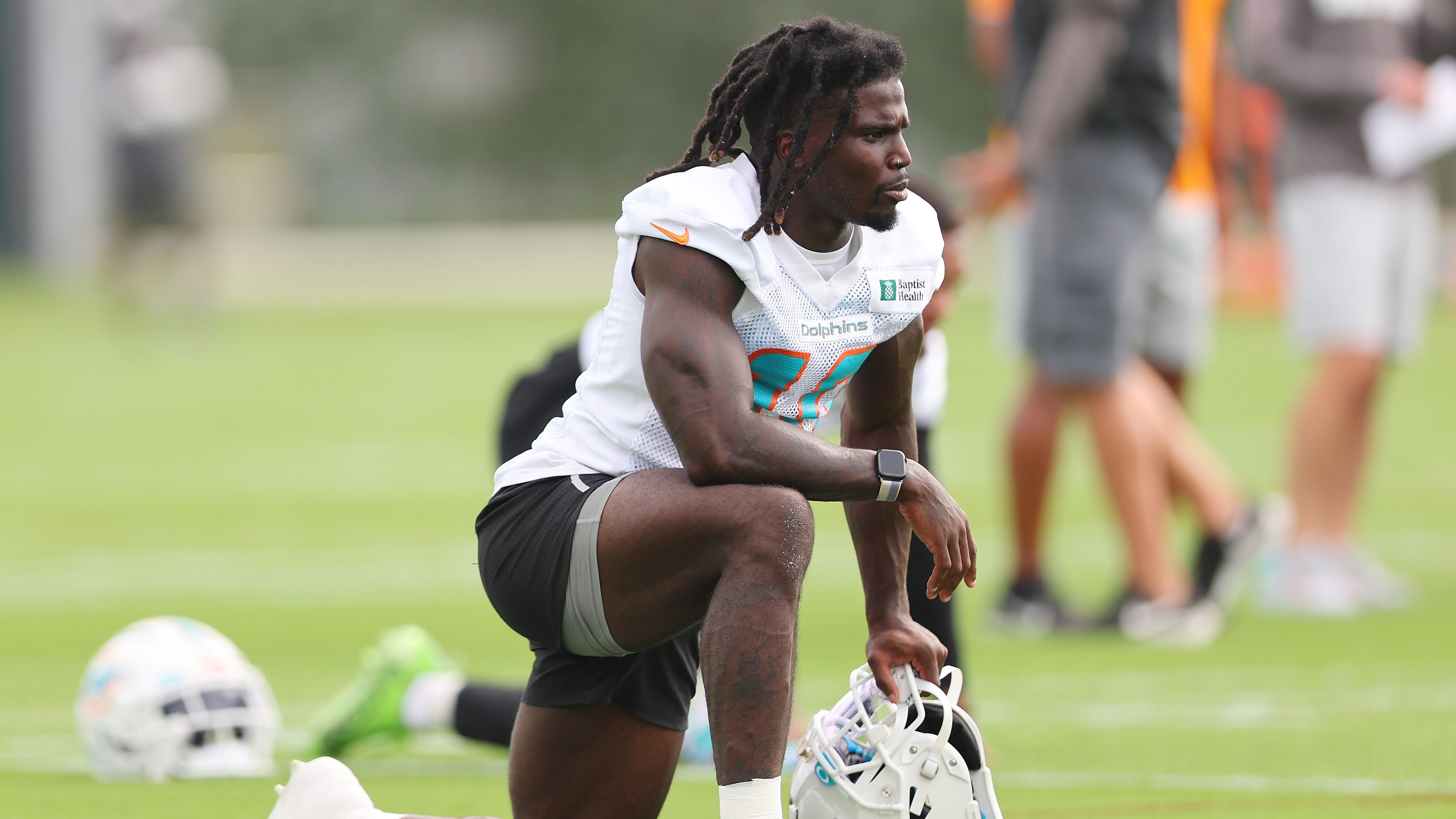 Tyreek Hill says he'd like to fight Jalen Ramsey: 'I wanna go at the bully'