Tyreek Hill is either trolling us or knows something that only he and the Dolphins know about Tua Tagovailoa.

During an appearance on ESPN's First Take Monday morning, Hill was asked by Bart Scott what the differences are between Jets QB Zach Wilson and Tagavailoa. The All-Pro wideout claims he chose to sign with Miami because Tua is the "most accurate quarterback" in the NFL.

“Zach Wilson is a dog, but I’d rather play with the most accurate quarterback in the NFL,” Hill said, adding that Tagovailoa is not your typical “gunslinger.”

The speedy wideout then gloated about his new quarterback's accuracy and fundamentals while letting off an f-bomb in the process.

“But if you were to pay attention to his game, everything is spot on, everything is pinpoint, the ball is on time, his fundamentals are on point,” Hill said. “He takes the time to make up in other areas and be great, and those other areas that other quarterbacks may not be good at. That’s all I gotta say on that. Tua, he’s a (expletive) heck of a competitor, he’s a helluva hard worker. So like I said, I’m excited to go to work with him, compete with him and battle with him.”

#Dolphins WR Tyreek Hill was on @FirstTake this morning hyping up Tua Tagovailoa and once again calling him "the most accurate quarterback in the NFL." He even slipped in an F-bomb. pic.twitter.com/mw5YTjfKzY

Hill then doubled down on the controversial statement Tua/Mahomes comment that started this mess by saying he sees a lot of similarities between him and the former NFL MVP.

"i just feel like a lot of people haven't seen young tua's full potential...i had a chance to practice w/ him...i see a lot of similarities when i look at him & look at patrick...zach wilson is a dog, but i'd rather play with the most accurate QB in the NFL." pic.twitter.com/44L3wHusWb

Jokes aside, Tagovailoa is actually a pretty accurate passer. He had a 67.8%, which ranked seventh in 2021 but if Hill keeps adding more pressure on Tua this year in what seems to be a make or break year for him may not be the smartest of moves.

Hill caused a stir in the media after he released a clip from his podcast calling Tua a more accurate passter than the man he's been catching balls from for four seasons. When Mahomes responded to Hill's original dig, he said they never had any beef between each other and claims he made his comments to promote his new podcast.

“I'm sure it had something to do with trying to get his podcast some stuff and get it rolling,” said Mahomes. “I haven’t talked to him since the podcast came out, but I talked to him at Formula One in Miami in May and everything seemed fine.”

Seems exactly what Hill has been doing -- for better and for worse. 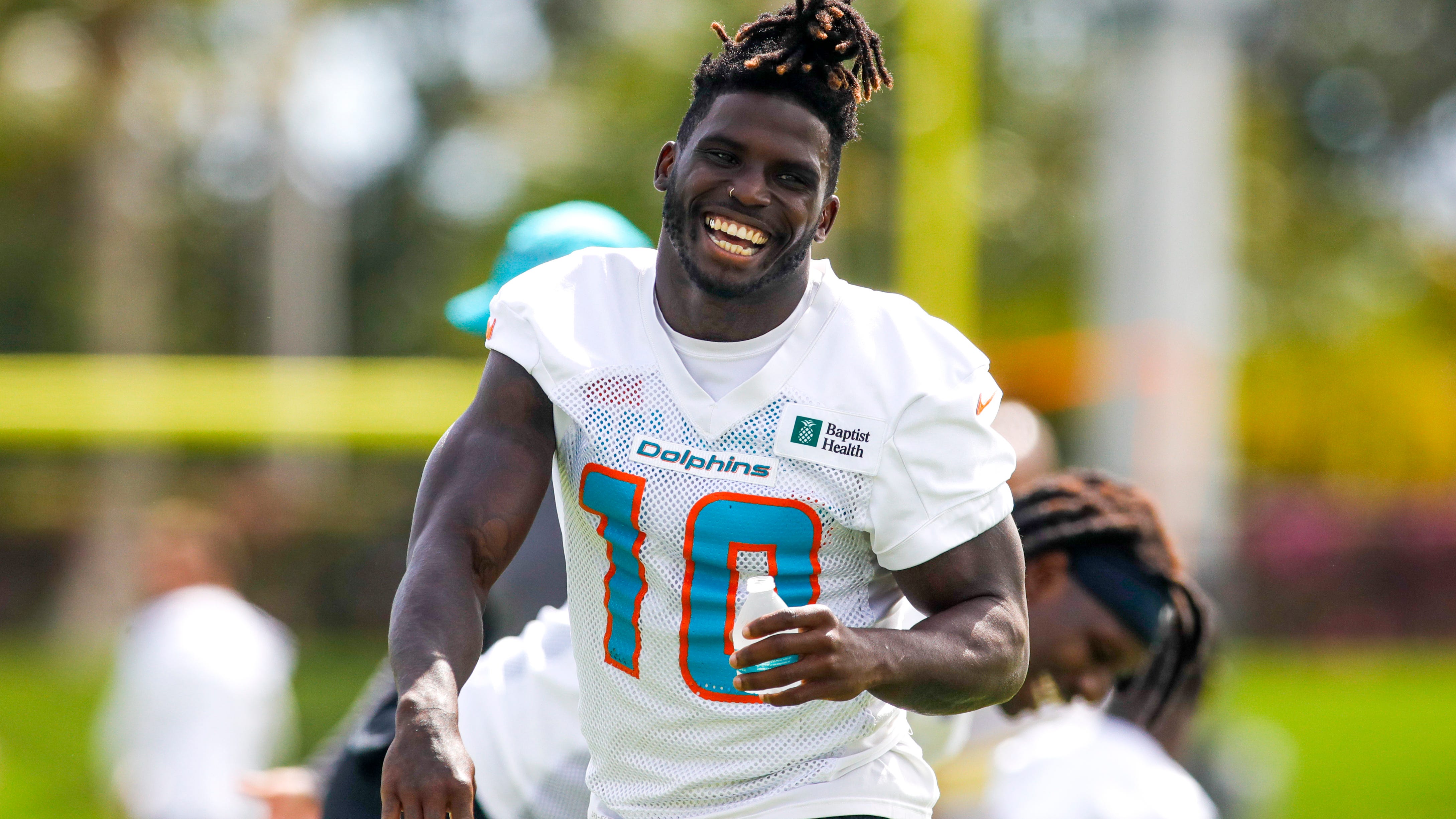 Mahomes ‘surprised’ by Tyreek's criticism: ‘I’m sure it was to get his podcast rolling’