Stu Scheurwater, the home plate ump during the Guardians-Padres game Tuesday night may have made the worst call of the 2022 season.

Working on a 3-2 count in the bottom of the fourth inning and with Cleveland up 1-0, Padres DH Brandon Drury was at the plate to lead off the inning. Guardians righty Aaron Civale dished a low curveball that landed nowhere in the strike zone.

Although slightly reacting to the pitch, Drury thought he was free to head to first after seeing it didn't land inside the zone. Scheurwater didn't see it that way, calling the play a strike and ending his at-bat.

Obviously being furious at the call, Drury held up and his hands and got in the face of Scheurwater to question the bogus call -- leading to his ejection from the game.

You would think this would be Scheurwater's first mess up behind home plate but leave it to fans on Twitter to find out that his strike zone has been abysmal all season.

This needs to be everyone's play of the day. #PrizePicks

Cash it in advance. Flex it for pleasure. pic.twitter.com/ytH7qPTBxI

Later on in the fourth, Schuerwater proved his ineptitude again when he completely forgot what the count is while trying to call a second strike on Trent Grisham.

The umpire in the #Guardians @ #Padres game is cleary either intoxicated or incredibly poor at calling balls and strikes.

After the egregiously bad ring-up and ejection of Drury, he tried ringing up Trent Grisham on strike 2.

Let's get Stu Scheurwater to AA or to LensCrafters. pic.twitter.com/cAlVKlkbdh

The call for robot umps should only get louder and louder if we continue to see umpires miss easy calls like this and the one we saw during the Subway Series on Yankees' first basemen Anthony Rizzo Monday night. 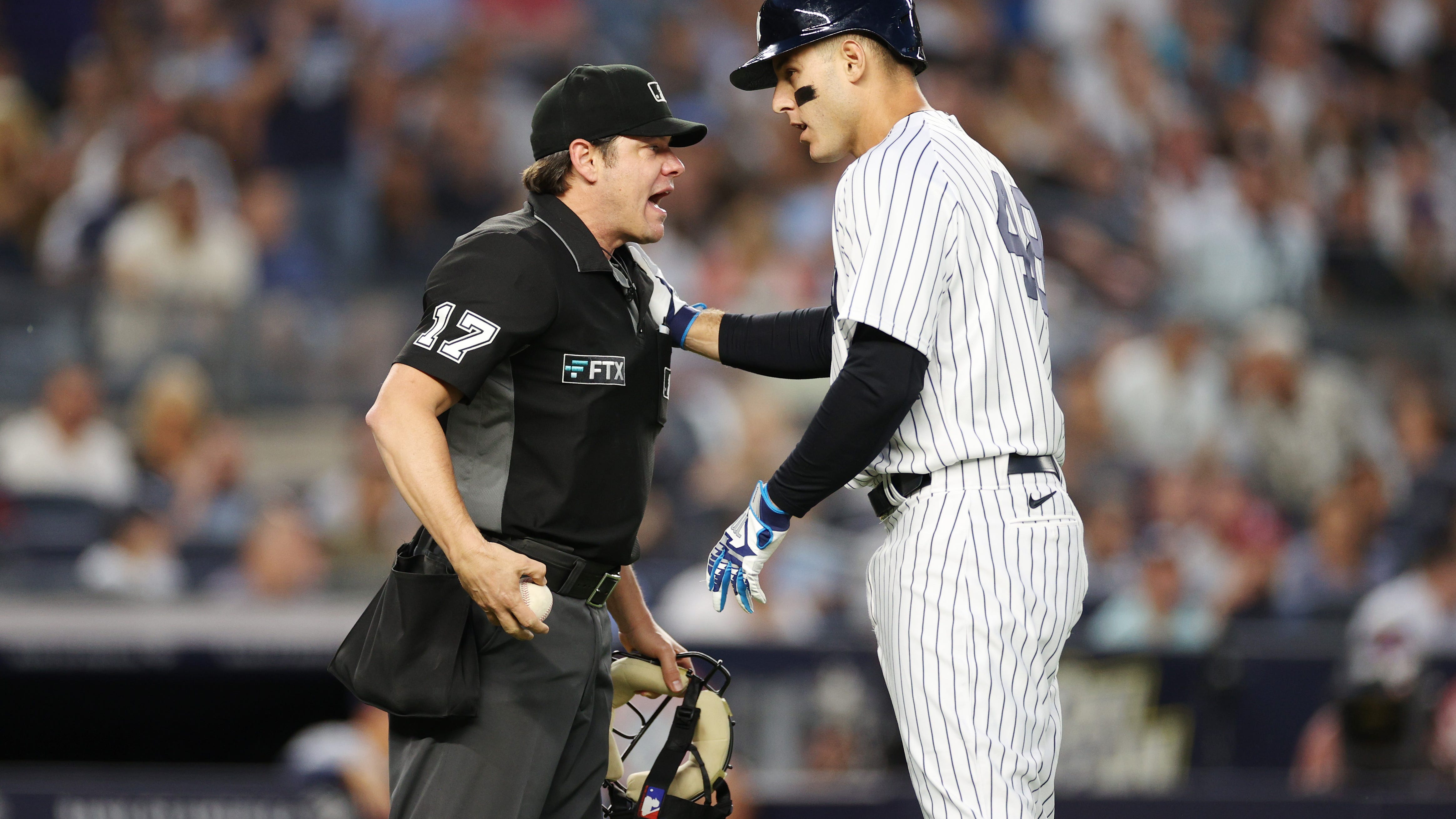