Darren Waller was back in uniform Sunday for the first time in five games, fighting through knee and back injuries to help the Raiders clinch their first playoff berth in five seasons. Missing any length of time is frustrating for athletes who devote their entire lives to being healthy. For Waller, whose early NFL career was derailed by drug and alcohol addiction, that layoff was especially difficult.

Not being able to work on his craft could have sent Waller spiraling, and admittedly almost did, but thanks to a strong support system of friends and family, the Pro Bowl tight end was able to keep his head above water.

“Because of my disease of addiction, [not playing football] can have me thinking all kinds of crazy things,” Waller expressed to ESPN Raiders reporter Paul Gutierrez. “I've got my therapist. Stay going to [A.A.] meetings. Stayed in the playbook. Working on music. Just staying solid, keeping my head out of that idle time and just into things that I enjoy.”

Waller’s teammate and fellow Pro Bowler Maxx Crosby recently admitted to fighting similar demons, struggling with alcohol before getting sober in 2020. A sixth-round pick out of Georgia Tech in 2015, Waller quickly flamed out with the Ravens, at one point enduring a year-long suspension for repeated violations of the NFL’s substance abuse policy. After spending 2017 out of the league, Waller reinvented himself with the Raiders, setting a franchise-record with 107 catches during his breakout 2020.

Of course, as with all recovering addicts, Waller acknowledges a need to stay vigilant, devoting as much time and energy to staying sober as his football career. "It's tough, honestly, because I'm a human being at the end of the day and I'm still trying to shed my old thinking patterns,” said Waller, who will make his playoff debut Saturday in Cincinnati. “When I'm not out there [playing], I can think these thoughts of, 'The team is balling without me being in there. Am I useless?' These irrational thoughts.”

Waller’s self-doubt may have taken him to some dark places during his month away from football, but now his focus is getting back into rhythm with starting quarterback Derek Carr. “There was some rust there and some miscommunications and little things here and there,” said Carr, who connected with Waller just once for 18 yards against the Chargers. “That’s easily fixable and easily correctable.”

If the Raiders (4.5-point underdogs on FanDuel Sportsbook) pull off the upset, it would be their first postseason win in 19 years. 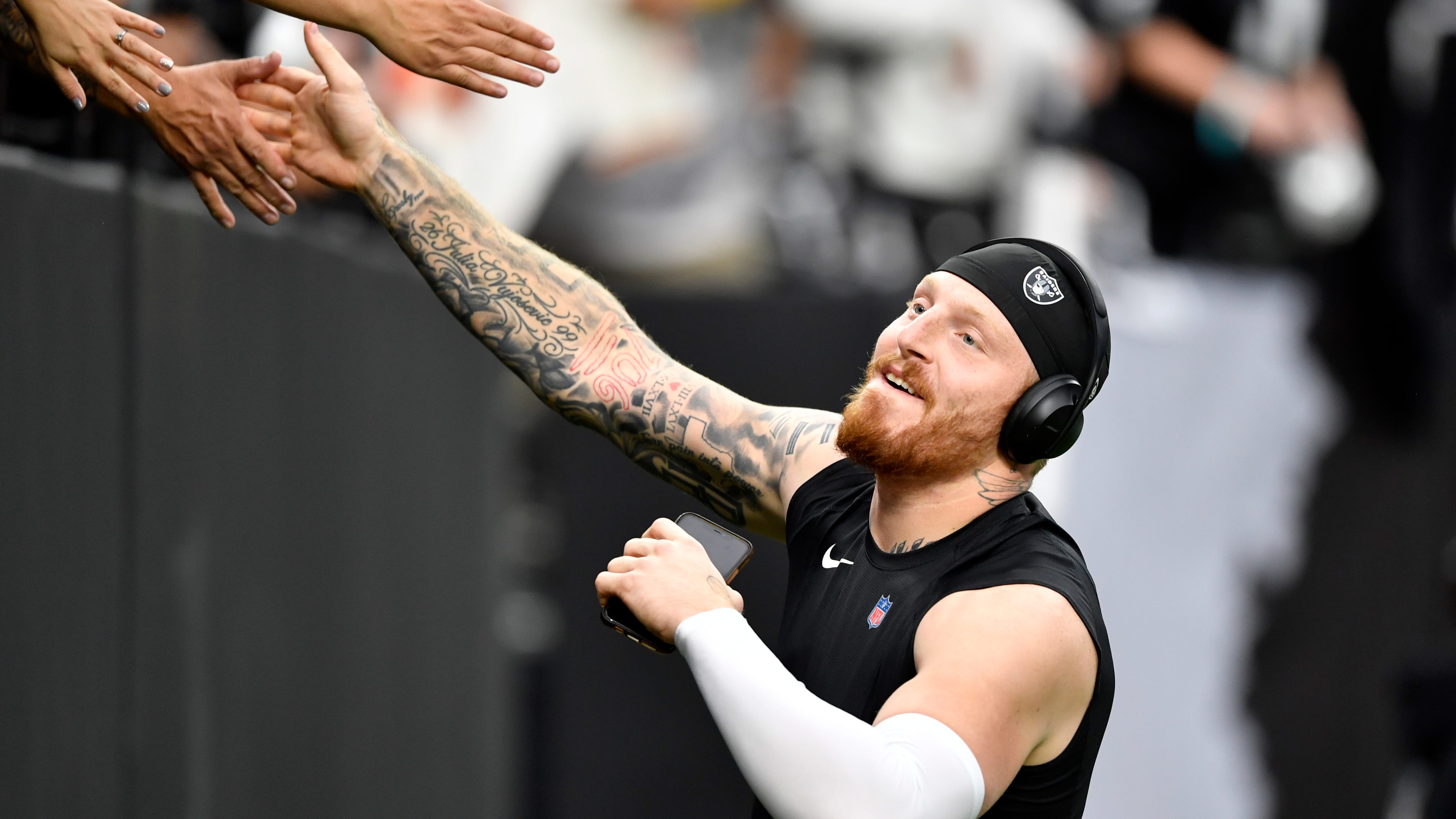 Raiders’ Maxx Crosby emotional after making Pro Bowl: ‘I was in rehab almost two years ago’