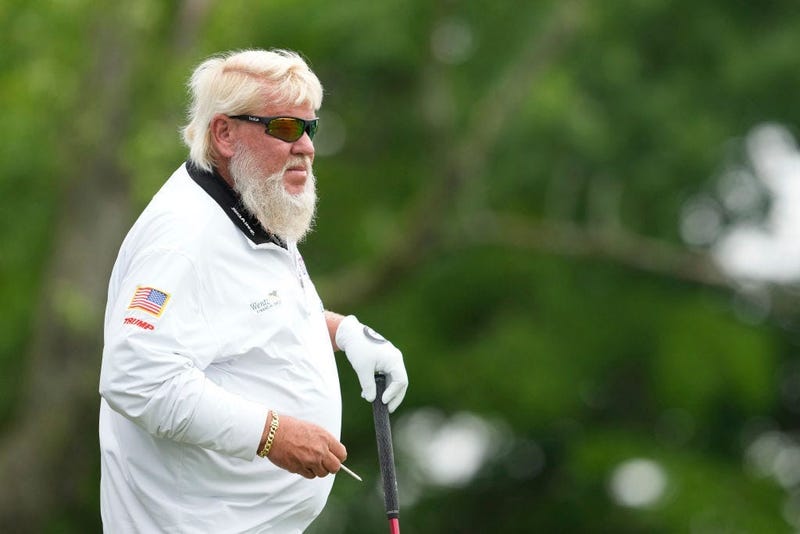 John Daly -- we all know and love him as the eccentric golfer that has made a name for himself by defying golf's prim and proper appearance by doing things his own way. Sometimes that includes smoking cigarettes on the course or eating bags of peanut M&M's.

On Tuesday, a man named Matt Considine posted a video of a barefooted Daly in the city of Akron for this week for the Bridgestone Senior Players Championship. In the video, the 56-year-old golfer drives a ball right over Interstate 76, landing the ball right on a local high school's football field.

John Daly hitting drivers over a highway and onto a high school football field in Akron, OH pic.twitter.com/jfKbWsUGB5

Apparently, the authorities in the area learned of Daly's shot over the busy highway and warned other people to not try the same thing themselves.

“Driving on the interstate should be limited to vehicles,” Ohio Department of Transportation spokesman Matt Bruning told USA TODAY. “Unfortunately there’s no mulligan if a ball goes astray and hits a moving vehicle at full speed.”

Weird viral moments like this is what makes John Daly a legend in the golf world.

After only playing a few rounds in the Seniors Players Championship, Daly withdrew from the tournament.