Zion Williamson's recovery from his season-long injury has taken a positive turn. The former No. 1 overall pick is involved with the team again, playing in controlled scrimmages, and was sitting courtside during the Pelicans' 113-103 victory over the San Antonio Spurs in the play-in game.

Before the Pels took the court against the Spurs, a clip of Williamson went viral on social media which showed the big man taking off for a nasty 360 windmill dunk with little to no effort.

Zion with the 360 dunk during his pregame workout. 👀

He is still out indefinitely but is progressing well and is continuing controlled 5 on 5 work. pic.twitter.com/PyAGJj4ney

Zion caught some attention less than a month ago for a dunk he attempted at the Pelicans training facility where he generated so much force that he bended the court once he landed.

Although this is a step in the right direction, Williamson is not expected to play anytime soon, even if the Pels are able to make it out of the play-in tournament.

"I am told that a return to play is not imminent and there’s no chance you could see him in a possible matchup against the Clippers, let alone a series against the Suns," ESPN sideline reporter Cassidy Hubbarth said during Wednesday night's game. "David Griffin told me the success of his ramp-up will be judged by being ready to go day one of training camp."

Not to saw the franchise is holding him back, but Zion was frustrated with how the team handled his injury during his rookie season, not allowing him to return it sooner, leading to growing distrust between himself and the Griffin.

Heading into Friday's play-in game against the Clippers, the Pelicans enter as 4-point underdogs according to FanDuel Sportsbook and will be an even bigger dog if they play the Phoenix Suns in the first round of the big boy playoffs. 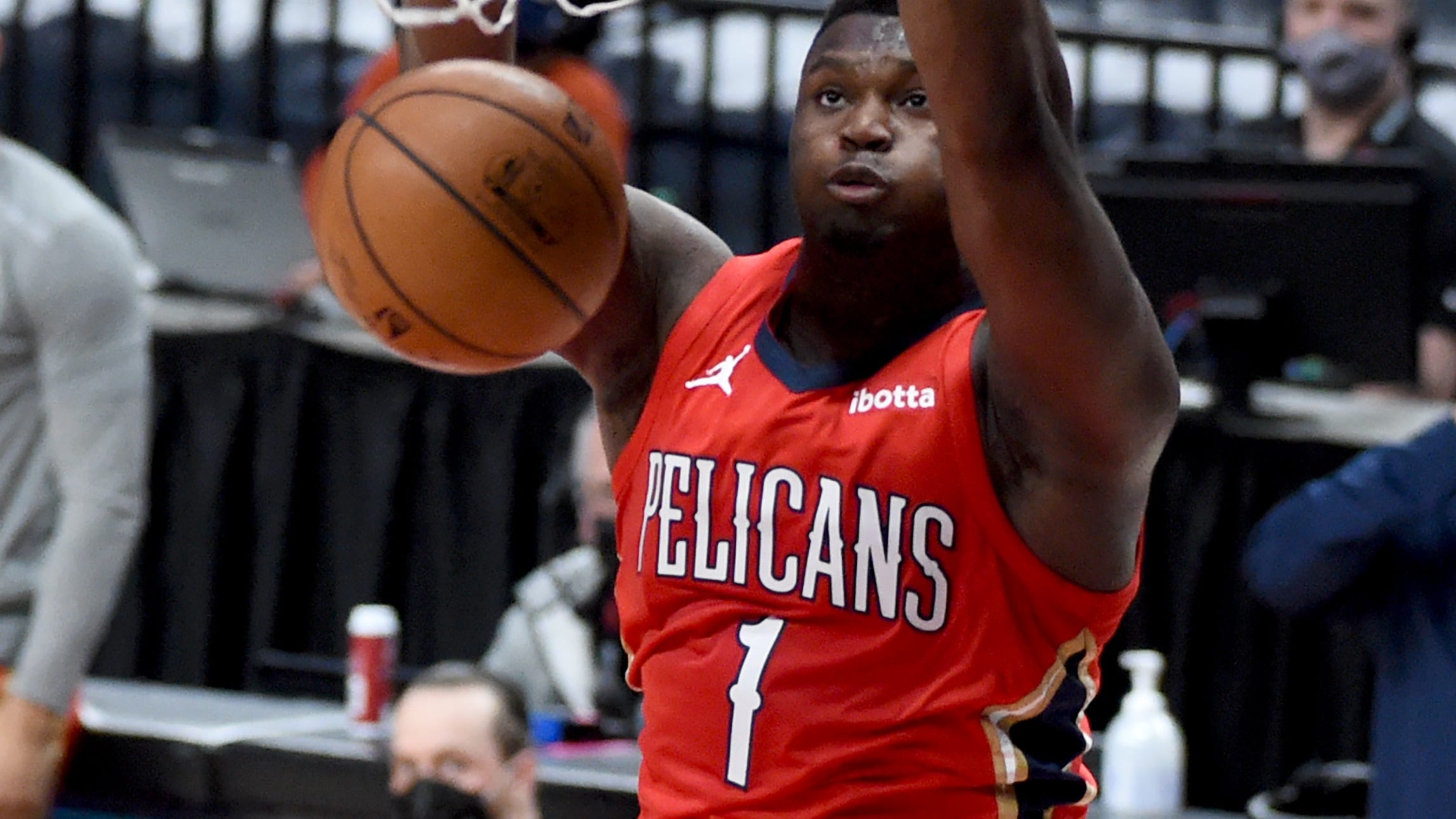 How did Zion Williamson get the court to bend like that?