The long-suffering Bengals finally got the monkey off their back in Saturday’s playoff opener, beating the Raiders for their first playoff victory in 31 years. The win wasn’t without controversy—an inadvertent whistle may have factored in Joe Burrow’s second-quarter touchdown pass to Tyler Boyd, a gaffe many saw as the difference in the game. But obviously that didn’t stop the Bengals from turning up, with fans at Paul Brown Stadium partying like it was in 1991.

The scene from @MtLookoutTavern as Zac Taylor and Kevin Huber drop off the game ball. https://t.co/bnuO47dKWw

Most would have kept the ball to put on display in a trophy case or a mantle somewhere but not Taylor, who promised Cincinnati will have plenty more to celebrate in the future. He may be right. The Bengals, led by offensive prodigies Joe Burrow and Ja’Marr Chase, certainly have the appearance of a team on the rise, armed with enough talent to dominate for years to come. 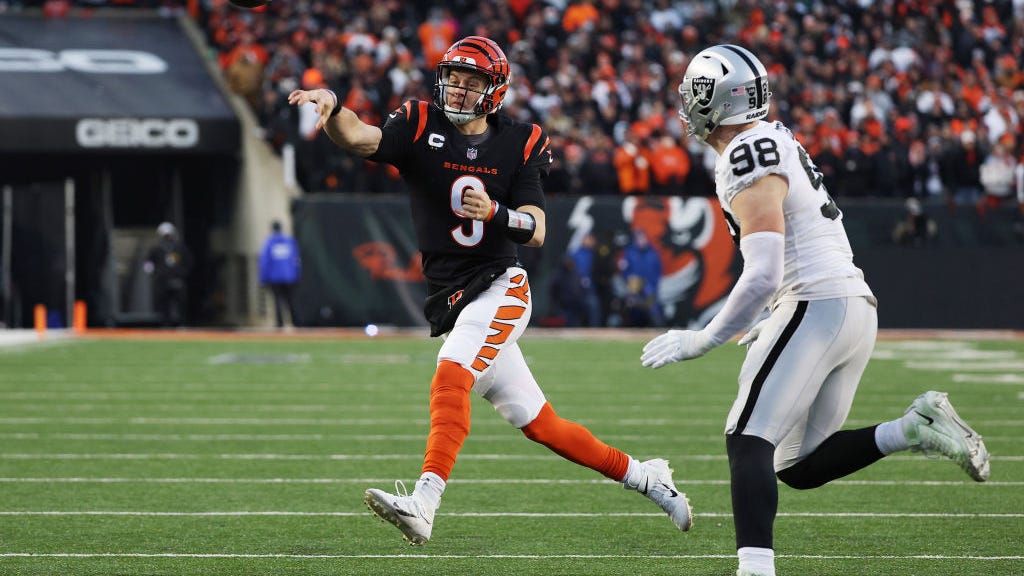