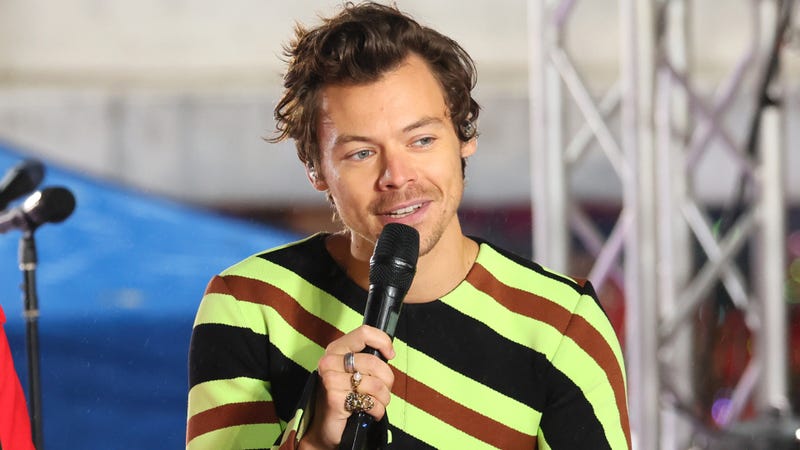 Harry Styles recently joined Audacy’s Acoustic Sunrise with Matthew Reid, covering many topics including his new album, Harry's House, what advice he would give to Young Harry, and his admiration for the music legends that came before him.

Having both previously worked at bakeries, which Matthew admittedly hated, he asked Harry what advice he’d now give young Harry working at Mandeville Bakery, on the periapsis of his X-Factor stint, that would end up altering the course of his life.

After huffing at the complex question, Harry replied, “I would say to my younger self — enjoy every moment, everything is gonna be fine, and take it easy, be kind to yourself.” All of which is excellent advice, and not the least bit surprising to come from such a kind soul as Styles.

Aside from being a kind soul, Harry is a bit of an old soul as well. There’s no denying he’s a mega superstar, of how Matthew put it, “the here and now.” But Harry also seems to draw inspiration from dominating artists of yesteryear, such as Elvis Presley and Stevie Nicks, the later of whom Harry calls a friend.

Curious about his appreciation of these artists, Reid asked Harry how they’ve influenced him. “For me it’s very much just the music I grew up listening to, and I think that obviously frames your whole kind of musical palette, if you will,” Harry said. “So I think in terms of my musical knowledge and musical references, and people that I guess I cling to, those kind of inspirations for me, it’s hard not to feel very grateful to those people for kind like my musical education in a lot of ways.”

After discussing his One Night Only show in New York, and his upcoming one in London, with Harry noting he’s excited to play new songs, and for fans to hear “Daylight” and “Satellite” live, Harry opened up about how he feels about the home of those new tracks, his recently release album, Harry’s House. “It’s definitely the most fun I had making an album,” which he admitted is his go to answer. Reason being that it’s because “I feel like my experience making music is just becoming more and more fun, and I feel like I’m falling more and more in love with it, every time I get to do it." Adding that this is the album he’s most proud of and makes him feel “much more confident.”

Later on in the interview, Harry even answered a few fan questions, and we’ve got those answers for you here —

No Harry does not have a pet, No favorite sushi roll either (not a roll guy). His favorite movie as a kid was Charlie & The Chocolate Factory. And yes, he sings in the shower.

For all that and honestly so much more listen to Harry’s entire Acoustic Sunrise interview with Matthew Reid above.