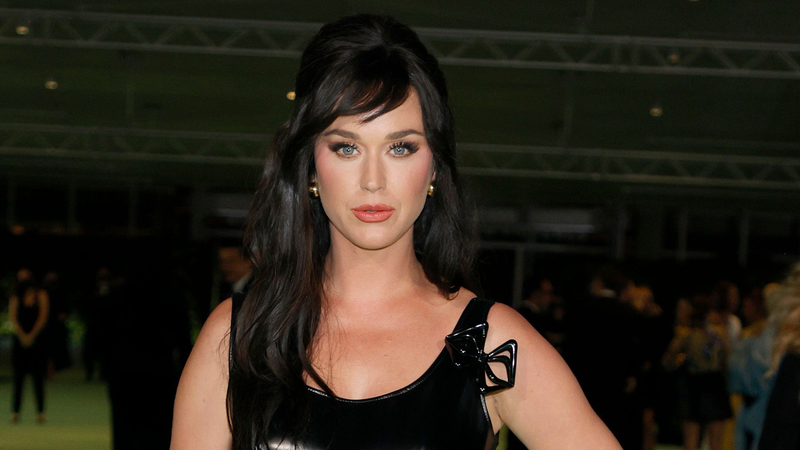 Katy Perry is celebrating the release of her collab with Alesso with her 148 million followers on IG, and setting off some fireworks while she's at it.

Giving us all hot, no cold and a bit of side boob, Katy shared a series of snaps, the first of which featured KP topless, facing a wall, wearing nothing but wearing a pair of wide-legged black pants.

Cleverly standing beside a sign that read “do not hose down” and she alluded that she has no plan to in the caption, writing, “let it burn baby #WIG.” The hashtag of course is short for "When I'm Gone", Katy's recently released single with Alesso.

The other images showed Perry in looks from the track's music video. Including one of her in a chainmail halter top while sipping on some Starbucks, and another of her wearing in a reddish pink hued corset, getting touched up by her glam squad.

The saucy post came less than one day after a sweet post, when the superstar singer wished her actor bae fiancé Orlando Bloom “the happiest” birthday.