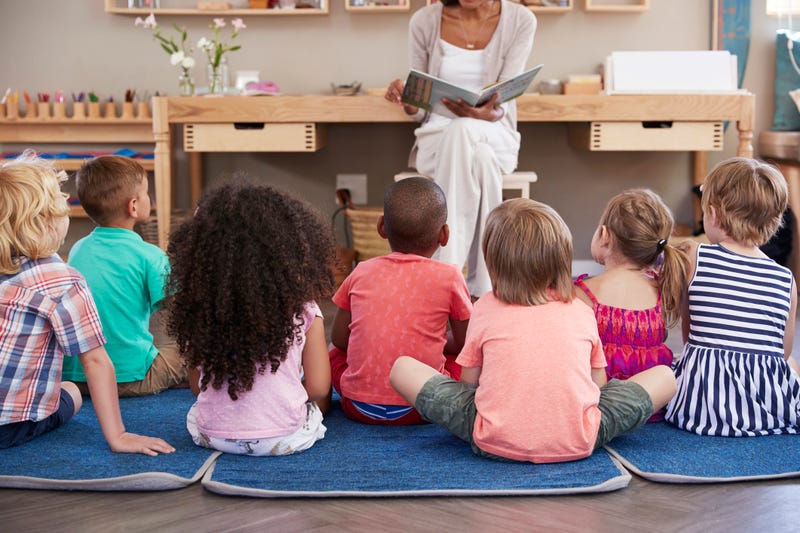 As the U.S. works to pull out of the COVID-19 pandemic, adults from one in three families with young children are finding it difficult to find childcare needed for them to return to in-person work.

A new poll conducted by NPR, the Robert Wood Johnson Foundation and the Harvard T.H. Chan School of Public Health found that 34 percent of families with young children face serious problems finding childcare. It also found that 44 percent of households with children under age 18 have been facing serious financial problems.

Joe Lopez, a father of three living in Sacramento, Calif., pays $1,000 a month to send his youngest to day care, according to NPR. Even with this hefty price tag, Lopez still doesn’t have a guarantee that the center will be open.

“I wake up, log in to my computer to start work from home and then I randomly get a text from the day care that they're shut down for two or three days,” Lopez said.

Due to the pandemic, many childcare facilities either shut down or had to reduce enrollment sizes. While lockdown precautions that closed schools and limited the amount of people who could be together indoors have mostly lifted, centers are now struggling to find staff, NPR said. Smaller facilities aren’t able to offer incentives, like hiring bonuses, to attract employees.

To provide quality childcare, centers should have at least one caregiver for every three to four toddlers, said NPR. Since the U.S. spends less public money on early childhood education and care than most other wealthy nations, according to the Organisation for Economic Co-operation and Development, parents end up with expensive childcare options.

“I've seen facilities that teach children how to be self-sufficient, and I thought that was very nice,” said Natalie Saldana, a 22-year-old single mother of a 1.5-year-old who works and goes to school. “But then you look at the day cares for low-income families, and, yeah, there's toys, but there's no interactions with the child to facilitate mental growth.”

According to NPR's poll, 36 percent of all adults in households with children said they experienced serious problems meeting both their work and family responsibilities in the past few months. These child care struggles persist despite 73 percent of poll respondents with children reporting that they have received financial assistance from the government.

For example. Sasha Eugene – a mother of three living in Houston – has relied on the expanded child tax credit since she lost her job this month. This assistance doesn’t cover cost of a day care center or an after-school programs for her children.

However, there is hope for parents in a spending package that would expand child care and provide universal pre-kindergarten currently up for debate in Congress.

President Joe Biden has proposed expanding access to child care and providing universal pre-kindergarten in the Build Back Better Agenda. While it is unclear whether those initiatives will become reality, Biden has stood strong on expanding childcare in the U.S. going forward.

“How can we compete in [the] world if millions of America's parents, especially moms, can't be part of the workforce because they can't afford the cost of child care or elder care?” Biden said Friday.