A group of students contributed to helping rescue a 150-pound bear that was stuck in a tree on their college campus.

After the black bear was spotted clinging to a tree at Clarion University in Pennsylvania, the local fire department and members of the Pennsylvania Game Commission arrived to remove the stranded animal, reported Storyful.

A game warden used a ladder truck to help dislodge the black bear as a group assembled beneath with a large tarp to catch the furry beast. The bear was shot with two tranquilizer darts in order to subdue him prior to the warden being hoisted up the tree.

One of the individuals on the scene, David Cyphert, filmed the moment the bear was set free and came barreling down onto the tarp. 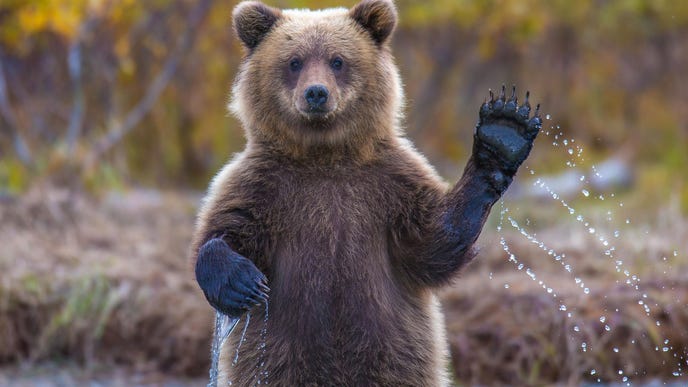 According to the Daily Mail, three nursing students assisted by tagging the bear and removing a tooth to properly identify the animal’s age.

Following the rescue, the Pennsylvania Game Commission confirmed the bear was in good health and released back into game lands further north.

The carnivore’s rescue comes just weeks after a Florida homeowner found a black bear taking a dip in her swimming pool.

Karen Bockrath shared photos of the bear lounging in her pool in Naples, Florida. She said the bear stops by her pool frequently, so she started taking pictures of the animal and posting them to social media.