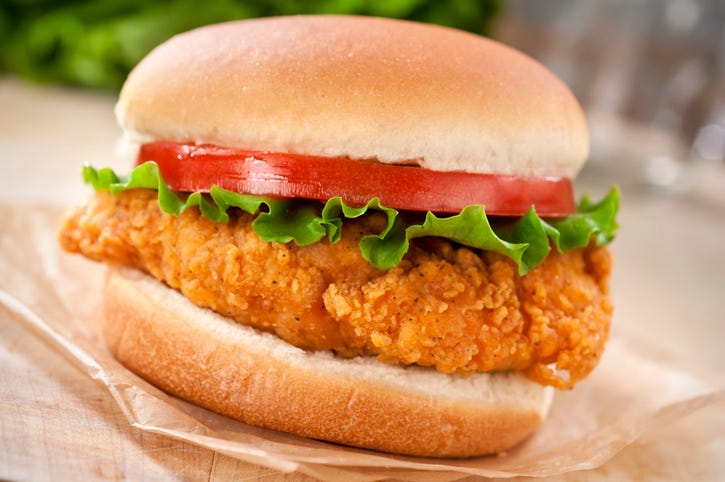 Two individuals were arrested after a dispute over a chicken sandwich led to a shooting inside a Burger King in Tennessee.

The altercation began when two customers, Tavarus McKinney, 22, and Keonna Halliburton, 20, got into an argument at the Memphis location. According to Fox News, Halliburton complained that her sandwich had too much hot sauce on it.

Following this initial altercation with employees, the duo returned minutes later in a car driven by McKinney and fired shots at four people inside the location.

Locals identified McKinney and Halliburton to authorities, who arrested the two on Wednesday.

The two are charged with four counts of attempted first-degree murder and four counts of using a firearm during the commission of a felony, reports Fox 13 in Memphis.

The uncle of one of the four individuals who were shot at spoke to Fox 13.

“She was very much shaken up, but she is a brave woman. She is still there,” he said. “By the grace of God, she is good.”

The man told the outlet his niece said the shooting began when Halliburton complained her sandwich had too much hot sauce on it.

The uncle has some strong words about how severely the argument escalated.

“At some point in time, you need to grow up in life. It’s already as it is. Now you’re dealing with unnecessary BS,” he said. “I would have cooked it however you want it. All of this over some BS.”