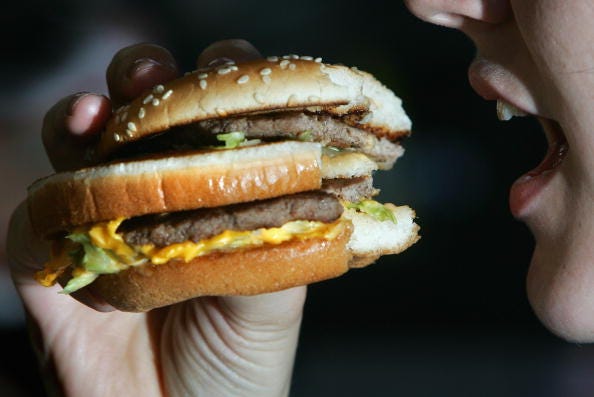 McDonald’s lovers are clamoring to get a glimpse of a 20-year-old burger that looks unbelievably normal considering its age.

A burger from McDonald’s purchased in 1999 in Logan, Utah is going viral because it looks like it could have been ordered just 20 minutes ago rather than 20 years ago.

David Whipple shared his story after buying a burger in 1999, saving it, and holding an unveiling to see how the uneaten burger had fared over the years. Now old enough to vote, the burger came out looking almost as good as new, KUTV reports.

EXCLUSIVE: You won't BELIEVE how good this 20-year-old hamburger looks. Adam Forgie sat down with David Whipple to get...

Whipple explained the lifespan of the burger to KUTV. “It got stuck in a coat pocket. The coat got thrown in the back of my van, and I guess it just got hung up on our closet in Logan."

He continued, "Subsequently we moved from Logan to St. George, Utah, and it stayed there for a couple years and I think my wife was giving the coat away or something and found it.”

That’s when the burger first went viral in 2013 for being remarkably old and in-tact. Whipple decided to put the burger in a tin and hold out for the sandwich’s 20th birthday. Sure enough, the burger came out looking roughly the same.

Additionally, the burger smelled like little more than cardboard and the pickle is gone.