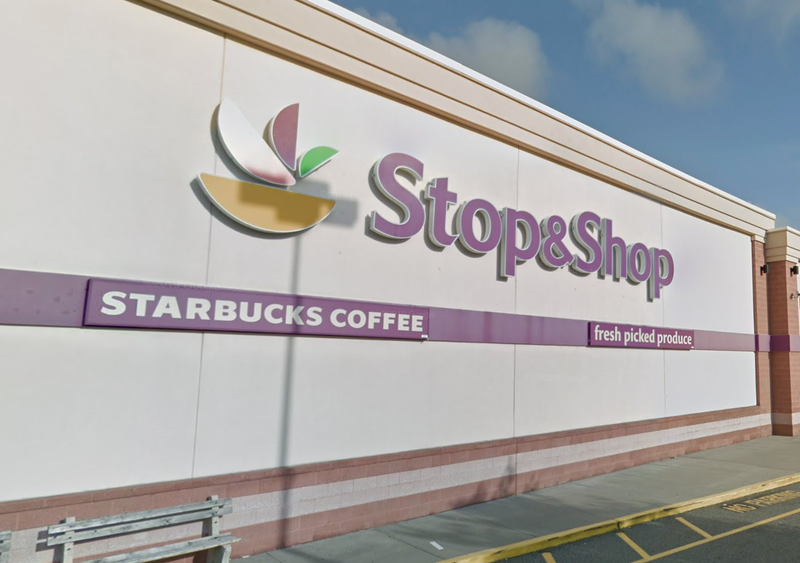 NEW YORK (1010 WINS) -- A gunman who walked into a Stop and Shop on Long Island and opened fire Tuesday morning, killing one person and injuring two others, has been taken into custody, a Nassau County official.

There has been an active shooter incident at the West Hempstead Stop & Shop. Police are canvassing the area & schools nearby have been notified to lock down and secure their buildings. @NassauCountyPD is asking all area residents to remain indoors. Suspect is not yet apprehended.

At 11:19 a.m., police responded to a call of multiple shots fired at a West Hempstead Stop & Shop located at 50 Cherry Valley Avenue in the Cherry Valley shopping center, according to police spokesman Richard Goetchius.

According to authorities, a 49-year-old male employee was killed and two others were injured at a second-floor manager's office.

The hurt victims were transported to nearby hospitals and are conscious and alert, officials added.

Wilson is approximately 6'2" and was wearing a black baseball hat and a black sweatshirt.

He remains at large and was last seen heading westbound on Hempstead Turnpike and is considered to be armed and dangerous, Ryder added.

Sources told WNBC that the suspect fled after possibly hopping on a nearby bus.

Police are asking all area residents to remain indoors and nearby have been notified to lock down and secure their buildings as officials continue to canvas the area.

There has been an active shooter situation at the West Hempstead Stop & Shop. The #NassauCountyPD is canvassing the area & nearby schools have been notified to lock down & secure their buildings. The subject has not been apprehended yet & we ask that area residents remain indoors

Stop & Shop said in a statement it was “shocked and heartbroken by this act of violence."

"Our hearts go out to the families of the victims, our associates, customers and the first responders who have responded heroically to this tragic situation," the statement continued. "At this time, we are cooperating fully with local law enforcement on the investigation. The store will remain closed until further notice, and we appreciate the Long Island community's support during this difficult time."

This is a breaking news story. Check back for updates.