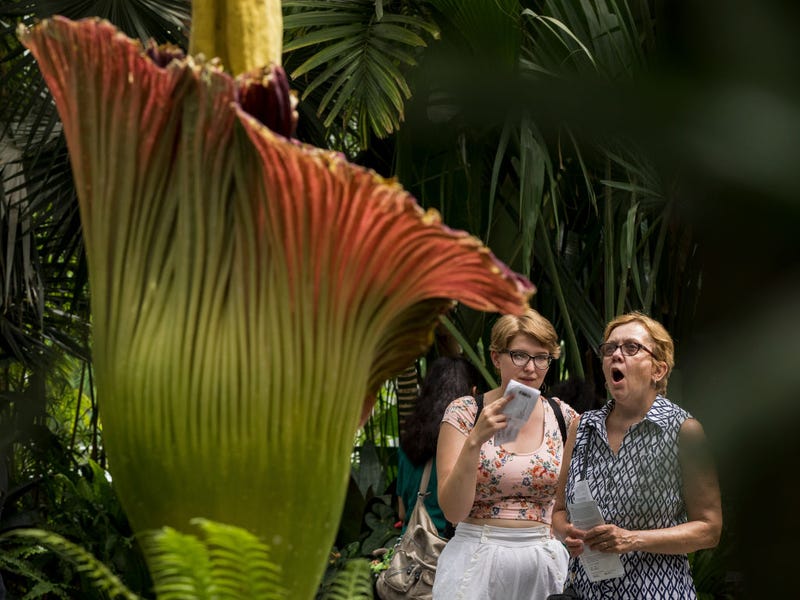 ST. LOUIS (KMOX) - For the first time since 2019, the Amorphophallus titanum – or corpse flower – is expected to bloom at the Missouri Botanical Garden and emit its foul smell. The garden says the rare bloom of this endangered species could happen in the next few days.

The plant named Octavia has bloomed twice before and became a special after-hours event for many. It's currently on display for the public in the Climatron, but Garden officials say they won't be letting the public in during the night this time.

Corpse flowers, or 𝘈𝘮𝘰𝘳𝘱𝘩𝘰𝘱𝘩𝘢𝘭𝘭𝘶𝘴 𝘵𝘪𝘵𝘢𝘯𝘶𝘮, smell infamously rotten, which helps them to attract pollinators like flies and beetles. This is the third time that this particular corpse flower, named Octavia, has attempted to bloom.

She is the eighth plant of her kind at the botanical garden in St. Louis and has bloomed twice before (2017 and 2019). She's already more than 7-feet-tall and continuing to grow. The Garden says she's approaching the garden-record height of 93 inches, which she set in 2019.

If you can't get to the garden to see (or smell) her, then you can watch a live feed on YouTube, here:

The corpse flower is known as the largest flower in the world and is native to tropical rain forests. The infamously rotten smell that comes during its bloom attracts pollinators like flies and beetles.

Here's some news that really stinks: a corpse flower is attempting to bloom at the Garden. Corpse flowers, or... 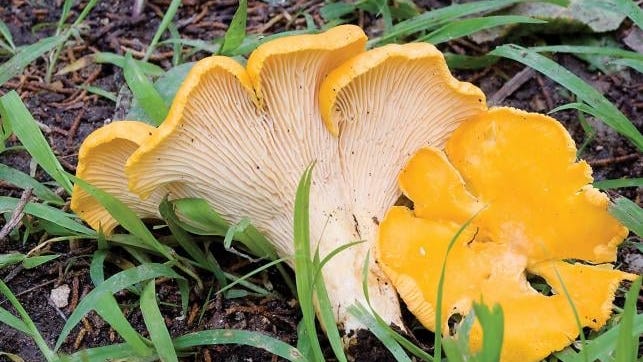