Thelma and Louise, the younger years?!

While their parents slept, a 9-year old Utah girl and her 4-year-old sister decided to steal their parent’s car with the goal of getting to California to “swim in the ocean.” 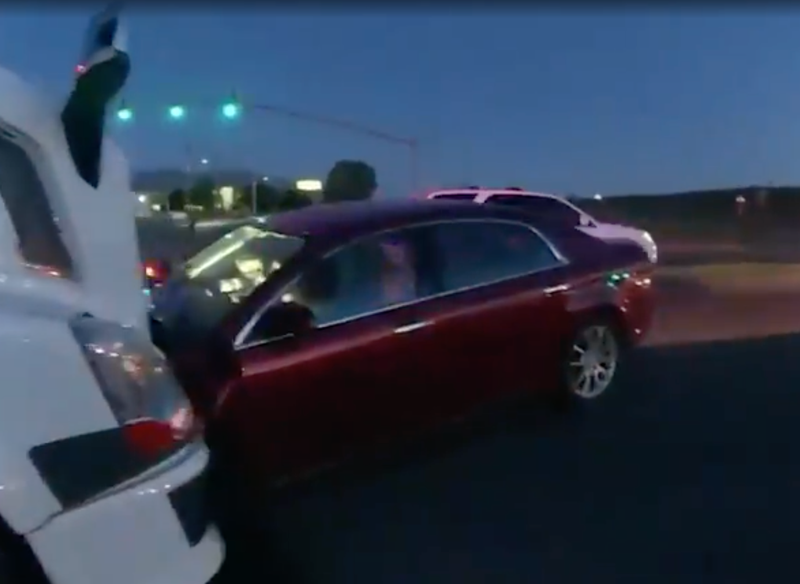 Officers got quite a surprise when they responded to an accident this morning & discovered the driver was a 9yo girl. The young girl & her 4yo sister apparently snagged the keys to the family car while their parents were sleeping & set out on their own summer adventure. #wvc pic.twitter.com/evHq3DiBRC

As the New York Post reported, the brazen joyride didn’t last too long. 10 miles after they filched the vehicle, the 9-year old, who was driving, hopped a median and slammed head-on into a semi on a freeway in West Valley City, Utah.

In the video, you can see the cops arrive at the car to find the girls, faces blurred, hunched down inside.

Despite their seemingly renegade spirit, the two were wisely wearing their seatbelts, so luckily neither were injured. The car was badly damaged, and the semi had to be towed away.

Next time kids, just ask mom and dad if you can all take a road trip to California.