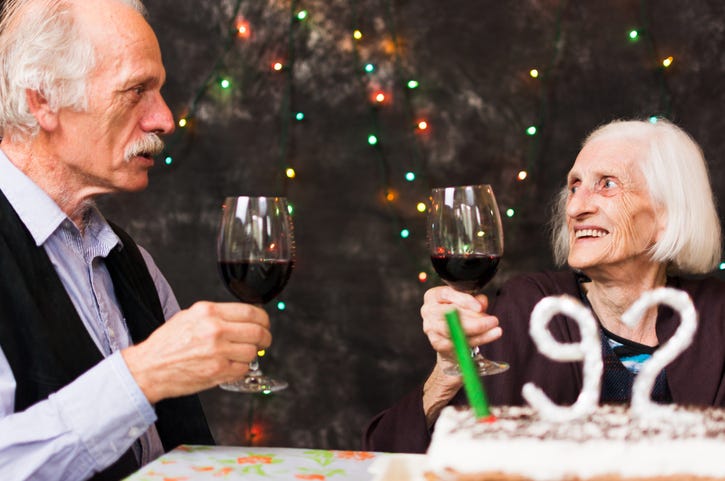 When you turn 21, you look forward to getting carded for an alcohol purchase to prove you’re old enough.

When you’re a few years over the legal age, getting carded tickles you because "you must look young."

But there comes a point in your life when providing an ID for an alcohol purchase seems nonsensical, say, when you're 90.

According to The Sun, Carl Jonston wanted to surprise his grandmother with a delivery of Harveys Bristol Cream Sherry and a jigsaw puzzle via Amazon.

The driver gave Lousie Wilkinson, the 92-year-old grandmother, the jigsaw puzzle but demanded identification before handing over the alcohol.

Wilkinson explained that she was well over the UK’s drinking age of 18, but the driver still refused and left without giving Wilkinson her bottle.

When the driver tried to re-deliver the bottle the following day, Wilkinson was ready and presented her bus pass with a photo on it.

The driver rejected that also.

“She is clearly old enough to drink and the second time she did have photo ID, but a bus pass isn’t on Amazon’s list of accepted identifications,” Jonston told The Sun. “I can understand that if you are lucky enough to look around 18 you should have to show ID. But my gran is 92. No one could be in any doubt that she’s old enough to drink." 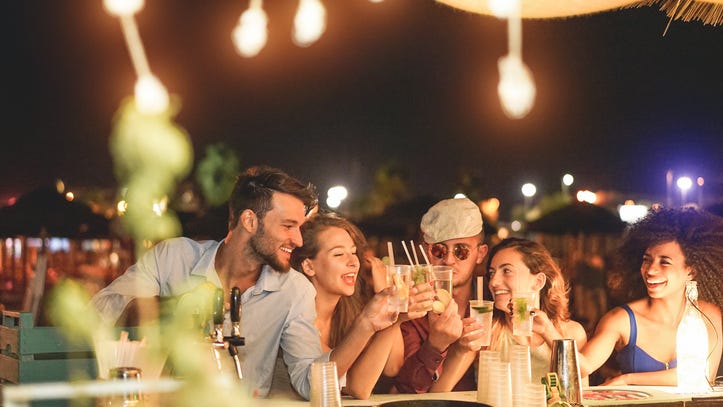 Doctor Confirms White Claw is the Best Way to Get Drunk

He continued, “It just seems crazy. Obviously they have to be careful about selling alcohol online and have to make sure only people over 18 buy it.”

He then questioned why Amazon drivers cannot just use their best judgment in certain situations.

"But why can’t they be like in the supermarket where they just accept a visual check if you are clearly over 18. I don’t see why Amazon drivers can’t do the same,” he told the publication.

Jonston’s grandmother was understandably upset by the situation even though the Amazon driver followed proper protocol about requesting a valid photo ID to prove legal age.

Jonston said he was going to get a refund and personally deliver the alcohol to his grandmother, which she’ll likely appreciate more anyhow.