A critical moment in the LGBTQ movement started at a bar 51 years ago, the movement returns to the Stonewall Inn.

On June 28, 1969, NYPD raided Stonewall and arrested 13 patrons. Unlike previous raids, those inside and others fought back.

Several days of unrest between the police and the LGBTQ community followed. The Stonewall Riots, also known as the Stonewall Uprising, marked the beginning of the fight for equality.

WATCH: Stonewall owners speak to RADIO.COM about the landmark's place in LGBTQ history

WATCH: He was there: Stonewall bartender Tree Sequoia remembers the uprising

Prior to 1973, homosexuality was considered a disease by the American Psychiatric Association. This definition gave the New York State Liquor Authority the power to ban bars from serving gays, calling it an act of disorderly conduct.

LISTEN: They were at Stonewall: Martin Boyce, Mark Segal and Victoria Cruz

For the gay community, bars were more than a place to drink — it was their home. Dick Leitsch, the executive director of the Mattachine Society of New York (one of the earliest gay rights advocacy groups) at the time, told The Atlantic that gay bars were safe places for LGBTQ New Yorkers.

“Some got thrown out of school or the service for being gay and couldn't face going home.” Leitsch said. “Some were even thrown out of their homes with only the clothes on their backs by ignorant, intolerant parents who'd rather see their kid dead than homosexual.” 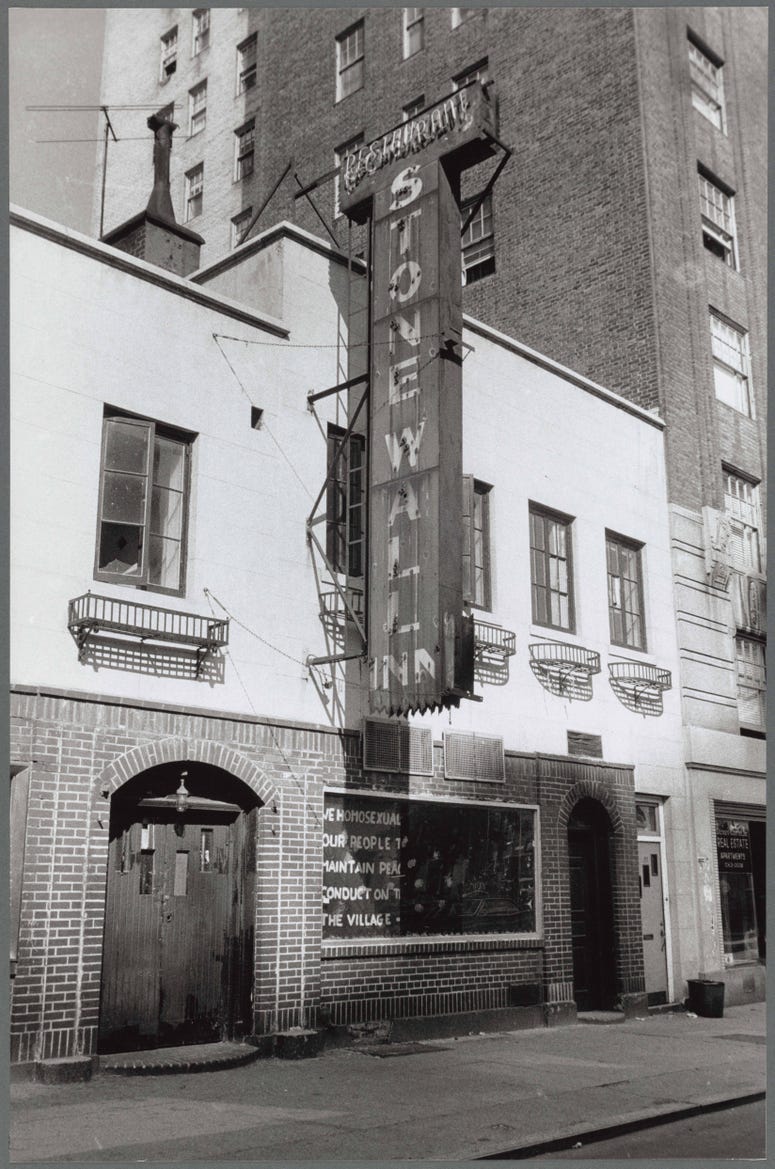 The Stonewall Inn — a Greenwich Village gay bar that sits on Christopher Street — was one of these sanctuaries. Stonewall was known for welcoming all inside its brick walls according to Leitsch.

The June 28th raid at Stonewall galvanized the LGBTQ community for the first time as activists met police with resistance in the days that followed. Some participants confronted police with chants like “Fag power” or “Liberate the bar," while others resorted to physical force. Sylvia Rivera, a trans activist who was at the uprising, said she saw molotov cocktails being thrown.

Although the protests died down, the movement spread to form national organizations like the Gay Liberation Front and the Gay Activists Alliance.
This month, World Pride remembers its origins and brings the celebrations back to where the movement began — a small, brick bar in the heart of Greenwich Village.