House Democrats narrowly passed The HEROES Act on Friday by a vote of 208 - 199 late Friday night. Now, many Americans are wondering, what are the next steps?

The $3 trillion coronavirus relief bill, which can only become law if it passes both the House and the Senate, and is then signed by President Trump, now moves to the Senate.

Senate Majority Leader Mitch McConnell has voiced strong opposition to the bill. Republicans hold a majority in the Senate and have been put off by the size of the bill, declaring it "dead on arrival."

CNN reports that the Senate balked at the price tag of the package and said that decisions to move it forward won’t come until after the Memorial Day recess in June.

“We have not yet felt the urgency of acting immediately. That time could develop, but I don’t think it has yet,” McConnell explained to reporters, according to Politico.

President Trump also expressed he would veto it, adding that funding is "going to happen in a much better way,” according to USA Today.

House Speaker Nancy Pelosi and other Democrats in the House have expressed interest in negotiations. However, Forbes reports that even if Congress does agree, the bill will look different than what the House voted on, as compromises will have to be made. Negotiations will likely take time and the bill might not become a reality until June. 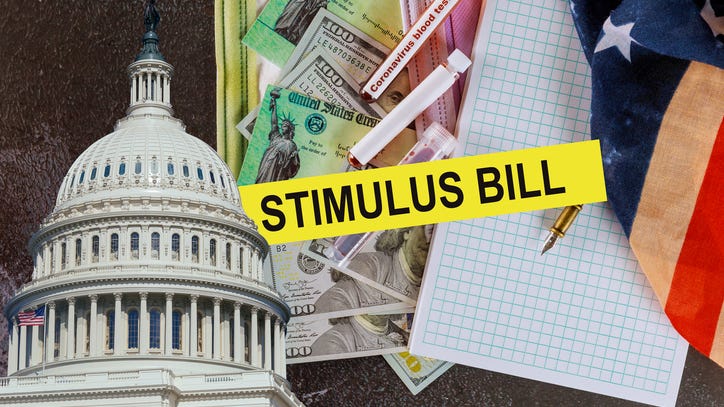 “We expect that negotiations over a finalized version of the Phase 4 bill will take at least until the end of May,” said Height Capital Markets analysts, according to Market Watch. “We expect a final package to come together successfully, but note that passage will likely be delayed into June."

Americans who have found themselves falling on hard times have been calling for a second wave of stimulus checks.

Additionally, it aims to provide aid for state and local governments, $200 billion in “hazard pay” for essential workers, $175 billion to help renters and homeowners pay mortgages and rent, an extension of weekly $600 federal unemployment payments through January, and $75 billion for coronavirus testing.

Trending Coronavirus Coverage From RADIO.COM
—Disney World receives guidelines for when parks eventually reopen
—How likely is a second stimulus check?
—Families face ‘tough love’ conversations as coronavirus infects whole households
—6 creative ways to celebrate Mother’s Day while social distancing
—No stimulus check yet? 6 reasons why it may be held up
—Doctor who pushed vitamin treatment for COVID-19 charged with fraud
—Heartburn medicine being studied as possible treatment for coronavirus
—30-year-old teacher dies of coronavirus after symptoms were dismissed as panic attack