American Airlines hit some turbulence Monday morning on Twitter when they shared an announcement touting their “$344 investment” in Terminal 8 at JFK Airport in New York City.

A historic day for us and @British_Airways as @NYGovCuomo recognizes the $344 investment at @JFKairport Terminal 8. The investments allows for up to 14 daily flights between NYC and London and a premium traveler experience as part of Gov Cuomo’s vision of a reimagined #JFK.

“A historic day for us and @British_Airways as @NYGovCuomo recognizes the $344 investment at @JFKairport Terminal 8,” the tweet read.

“Apologies, *344 million dollars*,” they clarified, along with a GIF of Dr. Evil from “Austin Powers” doing the pinky thing.

Of course, Twitter users did what they do best, correcting the typo and getting their zings in while they could.

“All that for $344! Those MBA's really know their stuff!” one user commented. 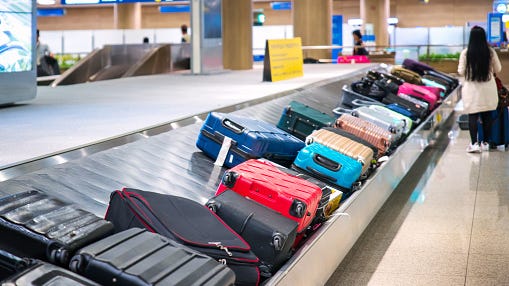 “That's the best deal I've seen since the Dutch bought Manhattan Island from the Lenape tribe for 60 guilders,” one history buff said.

“Slowly rereading tweets/emails before sending is a lost art,” said one forlorn user.

The Terminal 8 upgrade is a collaborative investment with British Airways, made in conjunction with New York Gov. Andrew Cuomo and the Port Authority of New York and New Jersey.

The project will allow for “up to 14 daily flights between NYC and London,” according to the airline.

It is also part of what Cuomo calls “the JFK modernization project.”

“We are giving Terminal 8 a new look and layout in line with the modern, world-class standards that will define the airport’s ultimate transformation,” Cuomo was quoted as saying in a press release by American Airlines