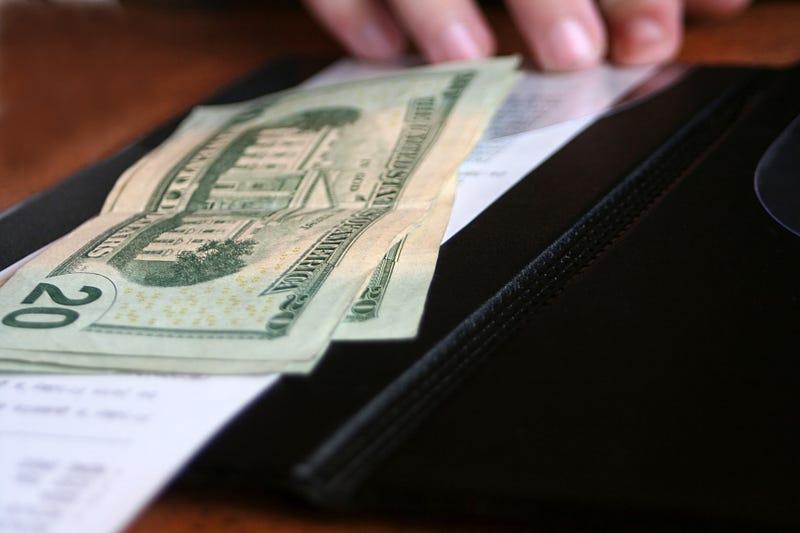 The staff at a Londonderry, New Hampshire restaurant couldn’t believe their eyes when they received a surprising tip.

Earlier this month, a customer came into the Stumble Inn Bar and Grill and ordered two chili dogs, fried pickle chips, and drinks which came to a total of $37.93.

However, the staff didn’t notice at first, but the patron left a whopping $16,000 tip, according to WMUR.

“It was on the credit card statement, they put it down next to the register and he said three times, ‘Don’t spend it all in one place.’ That’s what made her flip it over and look, and she’s like, ‘Oh my god, are you serious?’ And he said, ‘I want you to have it, you guys work hard,” owner Mike Zarella said.

The eight bartenders who were working that shift immediately called Zarella, the owner.

The customer who left the hefty tip wants to remain anonymous.
“He just said that they deserve it, they work very hard,” Zarella said.

During the COVID-19 pandemic, The Stumble Inn closed for several months and eventually adjusted their services to take-out and outdoor dining only. Like many businesses across the nation, it was pretty difficult to pay the whole staff.

“The back of the house works really hard, the kitchen, they’re giving them a big tip out of that, which is very generous of them to do,” Zarella said.

Zarella explained how every tip is appreciated, but this payment is the biggest tip of his business.