Apple has unveiled a host of new products during its highly-anticipated event on September 15.

One of the biggest reveals was the launch of a new remote fitness service, Apple's first venture into online workout videos that also allow a user to track their workouts using the watch. The service, Fitness+, will be available at the end of the year for $9.99 a month or $79.99 a year. It will include various types of exercises including yoga, cycling, strength training, dance, rowing, and more.

Apple said is also rolling out updated versions of the Apple Watch and iPad.

As previously rumored, the watch called Series 6, will feature a blood oxygen sensor and improved sleep tracking. With hand-washing a priority during the pandemic, the watch also includes a countdown time of 20 seconds for those who want to properly wash their hands. The Series 6, available in new colors including blue and red, will retail for $399 and up.

There will also be a simplified version called Apple Watch SE starting at $279. Customers can still opt for the previous Series 3 watch at $199.

“We’re so excited to energize our customers with new ways to get active and stay active with Apple Watch,” said Jay Blahnik, Apple’s senior director of fitness for Health Technologies. “With diverse studio workouts that are suitable for all ability levels, led by a phenomenal group of unique trainers, and an approachable program designed for beginners all the way through to the fitness enthusiast — as well as the flexibility to work out anywhere — there’s something for everyone. We know Fitness+ will take working out with Apple Watch to the next level with unparalleled engagement, convenience, and inspiration.”

Series 6 and SE are available for order today and ship Friday #AppleEvent pic.twitter.com/n5daKhNqcZ

The iPad Air will be available starting next month in five gorgeous colors to fit any personality -- silver, space gray, rose gold, green, and sky blue.

It’s being dubbed the most powerful iPad ever with the most advanced chip, the powerful A14 Bionic, which gives it a massive boost in performance. 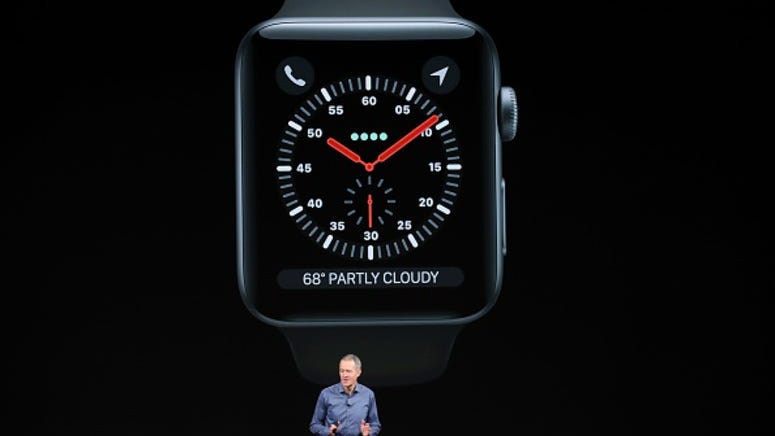 And lastly, Apple announced “Apple One,” a simple way to get all of the company’s subscriptions services in one plan. The bundle will include access to Apple Music, Apple TV+, Apple Arcade, Apple News+, Apple Fitness+, and iCloud.

“Apple One makes enjoying Apple subscription services easier than ever, including Apple Music, Apple TV+, Apple Arcade, iCloud, and more,” said Eddy Cue, Apple’s senior vice president of Internet Software and Services. “With Apple One, you can access the best of Apple entertainment across all your favorite devices with one simple subscription.”

Confused by all your individual Apple services? Apple announces a new bundle option called Apple One that allows you to combine Apple Services under one subscription price. https://t.co/ysLxyNsDUt #AppleEvent pic.twitter.com/rDqDPoD1EI

The service will be available this fall and includes the following plans:

You can watch the hour-long event below:

As for new iPhones, you’ll have to wait a few more weeks for their arrival.

While Apple typically announces the newest iPhones in mid-September, the New York Post reports that the reveal is being delayed until the latter half of October due to production delays caused by the pandemic.

The company will reportedly announce four new iPhones that are expected to have high-end OLED screens. It was previously rumored that the phones won’t include a complimentary power adapter or headphones.