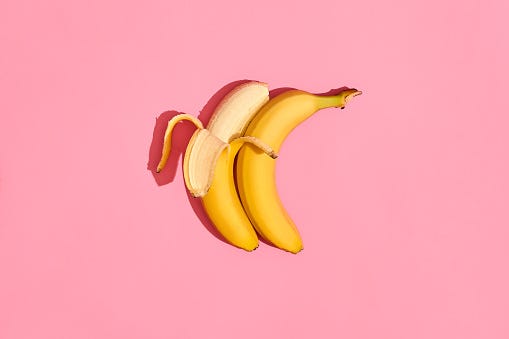 An Italian artist duct taped a banana to a wall and sold it for $120,000, according to Artnet.

Maurizio Cattelan created the produce masterwork and if you think he’s clowning around you’d be mistaken, even though he entitled the piece “Comedian.”

Two editions of the fruity installation sold at the international art fair known as Art Basel in Miami, with a third is expected to go for $150,000.

Paris-based gallery Perrotin helped facilitate the sales which were purchased by an unidentified French woman and man.

While the pieces come with a Certificate of Authenticity, there are no official directions as to what to do once the banana starts to rot. But, according to the Miami Herald, the new owners are allowed to replace the banana. You can get one at Trader Joe’s for 19 cents.

“Wherever I was traveling I had this banana on the wall. I couldn’t figure out how to finish it,” Cattelan said. “In the end, one day I woke up and I said ‘the banana is supposed to be a banana.'”

According to the Perrotin Gallery, the duct taped banana “offers insight into how we assign worth and what kind of objects we value.”

For those thinking Cattelan is a hack, it should be noted the his most famous artwork was a fully-functioning 18-karat solid gold toilet, entitled “America,” which sold for $6 million. Holy crap!

Strangely enough, it wound up being stolen from a museum in England and has never been recovered.

Regardless, it’s safe to say Cattelan is flushed with cash.