A new report claims bats are good at self-isolating when inflicted with illness.

According to a study by the University of Texas, certain species of bats exihibit behaviors similar to social distancing when they aren't feeling well, as opposed to their healthier counterparts.

“When they are sick and feeling bad, they [bats] are not interested in social interactions,” lead researcher Sebastian Stockmaier told the New York Times.

The study published in the journal Biology Letters states that hypersocial vampire bats “decrease physical social encounters through reduced movement” when they are sick. The mammals also do not groom or mate when under the weather.

According to the study, the immunocompromised bats reduced "the probability of physical contact between individuals" and decreased the likelihood of transmitting diseases.

Scientists wanted to determine whether or not the animals practiced social distancing intentionally.

Researchers injected 18 female bats with lipopolysaccharide (LPS), a chemical that provokes an immune response without the effects of an infection. Later in the study, they performed a controlled study where the same bats were injected with saline.

The researchers used only female bats as they tend to be more social creatures than males, engaging in communal feeding, grooming and bonding with their young more frequently.

The researchers concluded that bats actually social distance because they feel too sick to interact, rather than as an intentional way to prevent the spread of pathogens. 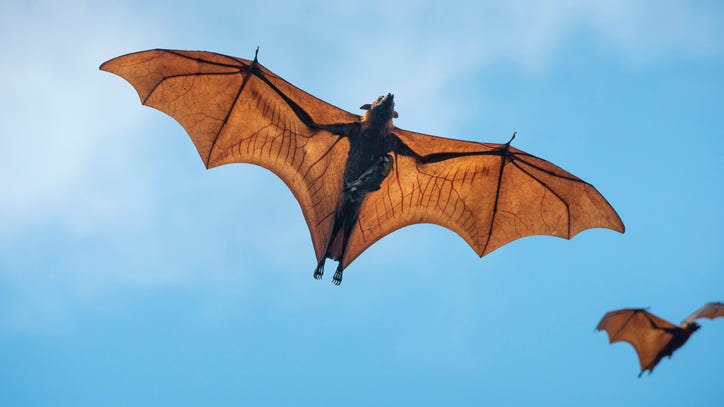 Bats might also be the secret to uncovering new coronavirus treatments.

In a review article published in Cell Metabolism, researchers believe the longevity of bats and their ability to control inflammation and tolerate viruses may hold a key to developing new innovations in fighting off disease in humans.

University of Rochester professors are now looking to start a new research program to further analyze the immune systems of bats in hopes of coming up with more concrete findings to aid humans.