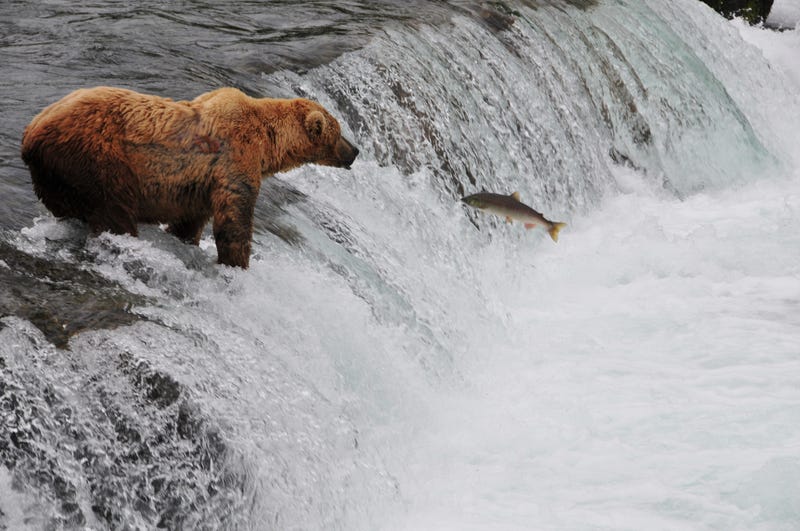 It’s not always easy catching a bite to eat!

Webcams at the National Park Service in Alaska caught a group of bears on their daily hunt for salmon while they were jumping upstream.

As the sleuth of bears attempted to get their paws on a meal, one bear overestimated his step and went tumbling down.

Unfortunately for the bear, the embarrassing moment was caught on camera by the Katmai National Park and Preserve for all to see. As the bear leaned over to catch the fish, he slipped and fell down a short waterfall.

It might be good to warn the bear not to go “chasin’ waterfalls.”

Thankfully, he doesn’t appear to have injured himself.

The video, which can be seen on the park’s Facebook page, came with some unbearably witty captions. 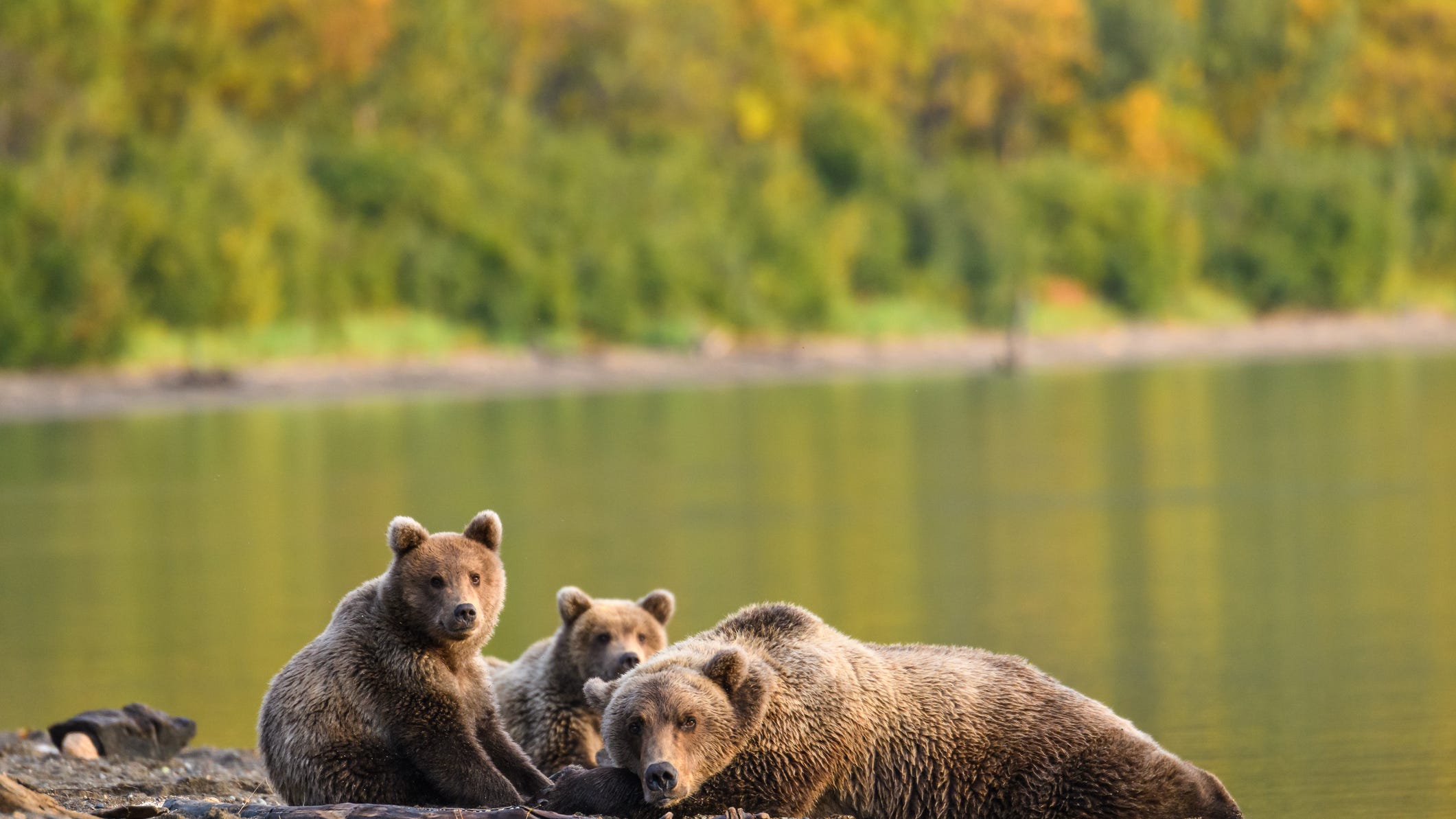 WATCH: Bears frolic in the surf alongside humans at the beach

"You miss 100% of the shots you don’t take,” the caption read, referring to an episode from “The Office” where Michael Scott took credit for Wayne Gretzky’s quote.

“Ooooh. Bearly missed. Hey, at least you gave it your all. You go bear. You know, fishing isn’t always about the fish you catch, it’s more about the memories you make along the journey. Something like that. Or is it “when one bear slides off the falls, another fishing spot opens up?” Seems more appropriate. This has been your daily inspirational moment. Go forth and have a good one,” the caption added. 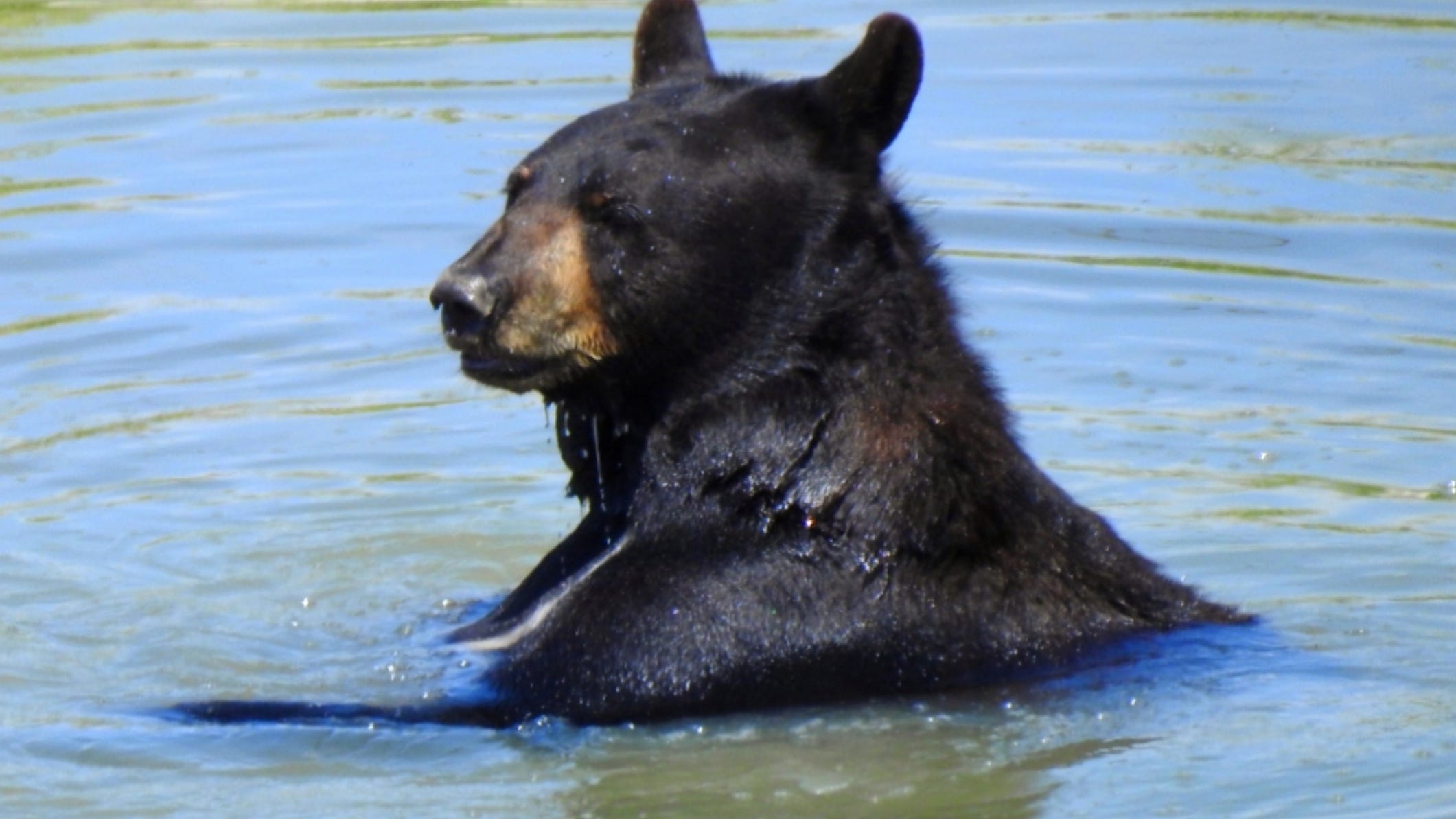 WATCH: Dog rings bell to alert owner of bears swimming in her pool

As the bear picked himself up following the tumble, another bear that was also standing at the top of the waterfall took his spot without missing a beat.

The rest of the bears seem to have figured out that it’s much easier catching the fish from the bottom where there’s less of a risk of falling.