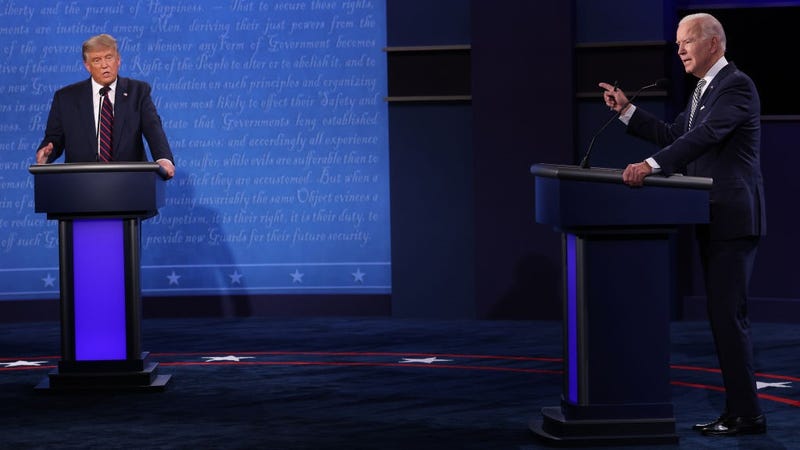 President Joe Biden spoke at a news conference from NATO headquarters in Brussels, Belgium on Thursday and said that he would be "very fortunate" to run against Donald Trump again in the 2024 presidential election.

Biden was asked by a reporter about the concern in Europe that Trump, or someone like him, could run for office in 2024, and if there is anything he or NATO are trying to do to prevent that from happening.

"The next election I would be very fortunate if I had that same man running against me," Biden said.

President Biden on Donald Trump: "The next election I would be very fortunate if I had that same man running against me." pic.twitter.com/Tn31Xe7Io1

Trump has not officially announced if he will be running again, but the former president has hinted at it during his speeches at rallies, even as most recently as March 19 in Florida.

Biden went on to explain to the reporter that he did not plan to run for office until he saw the Unite the Right white supremacist rally in Charlottesville, Virginia in August 2017.

"I made a commitment when I ran this time, I wasn't going to run again, I mean that sincerely, I had no intention in running for president again," Biden said. "Until I saw those folks coming out of the fields in Virginia carrying torches and carrying Nazi banners."

Biden then explained how he approached running for president and believed he was doing the right thing at the time.

"When I ran this time, and I think the American press whether they look at me favorably or unfavorably, acknowledge this. I made a determination, nothing is worth, no election is worth my not doing exactly what I think is the right thing," Biden said. "Not a joke. I'm too long in the tooth to fool with this any longer.

"And so, we're a long way off in elections, a long way off. My focus of any election is on making sure that we retain the House and the United States Senate so that I have the room to continue to do the things that I’ve been able to do in terms of grow the economy and deal in a rational way with American foreign policy, and lead the world, be the leader of the free world."

Biden added that the question was warranted, and continued to explain his stance.

"So it's not an illogical question for someone to ask," Biden said. "I say to people at home, imagine if we sat and watched the doors of the Bundestag broken down and police officers killed and hundreds of people storming in, or imagine if we saw that happening in the British Parliament or whatever. How would we feel?"

Biden finished by saying he feels support from NATO leaders that he is fit for the job and plans make sure that America remains "back."