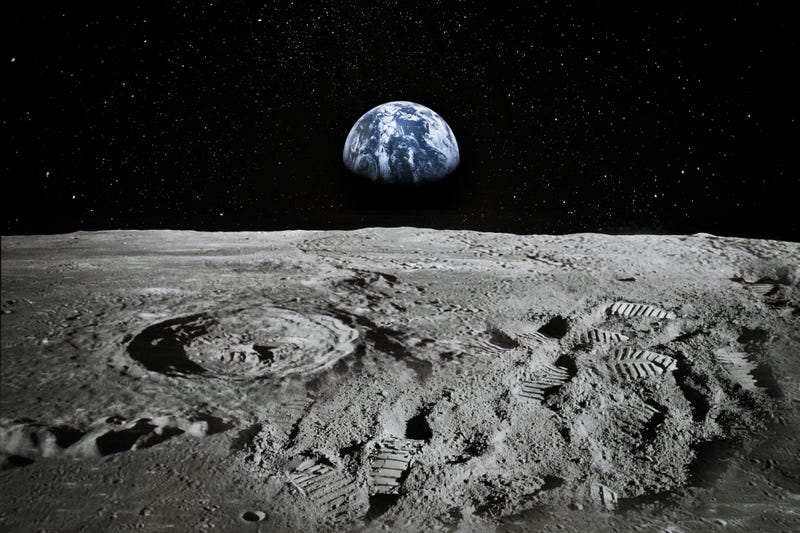 Some people might break the ice with a first date dinner. But what about traveling to the moon?

That's what Yusaku Maezawa is looking to do with one lucky lady.

The Japanese billionaire and entrepreneur, who recently made waves when he vowed to give 1,000 Twitter users $9 million, is offering a free trip to the moon for one lucky lady.

The 44-year-old Maezawa, founder of the online fashion retail website Zozotown, just announced on Twitter that he's looking for a "female partner" to join him, reports CBS.

Maezawa, who goes by the handle @yousuck2020, posted a link to an entry form where moonstruck females can apply.

"Why not be the 'first woman' to travel to the moon?" he captioned the tweet, which featured a picture of himself looking at a photoshopped moon with the an overlaid phrase: "Come to the moon with me?"

By the time he stopped accepting applications on Jan. 17, he receieved 27,722 applicants who completed his "love diagnostic test."

Multiple choice questions asked the hopeful women if they were good at cooking, what they would change about his appearance and how motivated they were by his money.

A schedule of events were also listed on the website that consisted of when the selection begins, matchmaking dates and special dates.

The selection begins Jan. 25 to 26, while the final decision will be made at the end of March.

Earlier this month, the billionaire vowed to give away $9 million (1 billion yen) to 1000 lucky Twitter users as part of a social experiment. In a tweet, he asked people to like and share his tweet announcement in order to be entered into the running.

This is the second time the billionaire has conducted a social experienment. In January of 2019, he offered 100 million yen to 100 Twitter users, which garnered a massive response and broke a record for the most retweeted tweet ever with 4.68 million retweets.