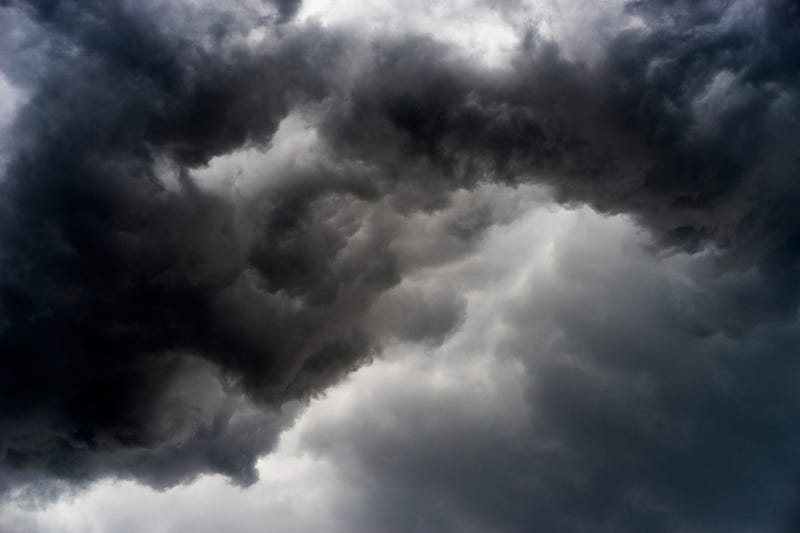 For months, drought conditions and wildfires have scorched earth on the West Coast of the U.S., leaving burn scars that meteorologists say will be hit by a “bomb cyclone” in the coming days.

AccuWeather said the “beast” of a storm could have the intensity of a strong Atlantic hurricane. It was forming off of the Pacific Northwest coast as of Tuesday.

Moisture will be carried by the storm “all the way from India and other parts of Southeast Asia,” according to satellite imagery cited by AccuWeather. Energy from former Severe Tropical Storm Namtheun, identified over the western Pacific, was expected to join forces with a non-tropical system sitting over the northern Pacific on Wednesday.

When near the coasts of Washington and British Columbia, the storm’s intensification should surpass the criteria for bombogenesis, AccuWeather said. Meteorologists define bombogenesis as storms that are rapidly strengthening with a central pressure that plummets by 0.71 of an inch of mercury or more within 24 hours.

What is 'bombogenesis' or a bomb cyclone?

You may have heard or read about a storm undergoing "bombogenesis." What exactly does that weather term mean? AccuWeather Chief Meteorologist Bernie Rayno explains:

Posted by AccuWeather on Wednesday, January 3, 2018

“As the pressure drops rapidly in the center of the storm, air rushes in to replace the vacuum created in the atmosphere and can produce damaging winds,” said AccuWeather.

As for the coming storm, forecasts indicate it will dip to approximately 28 inches of mercury. That is around the same intensity of Hurricane Larry, a cyclone that moved across the Atlantic in early September and reached Category 3 at its peak stage with winds around 125 mph.

Communities in the Pacific Northwest are bracing for the upcoming storm.

Heads up, Pierce County! A ‘bomb cyclone’ is headed our direction soon.

“The powerful storm will bring dangerous and damaging impacts up and down the West Coast, but the precipitation it will deliver to parts of California, Oregon and Washington is greatly needed,” AccuWeather said.

With the big storm will come others fueled by its energy and moisture, though they are not expected to be as powerful. Rain and snow in the impacted areas will accumulate, however. Up to eight feet of snow is predicted over the highest ridges and peaks in the central and northern Sierra Nevada.

Precipitation brought by the storms hitting Sunday is also expected to produce an “atmospheric river” effect. According to the National Oceanic and Atmospheric Association, “these columns of vapor move with the weather, carrying an amount of water vapor roughly equivalent to the average flow of water at the mouth of the Mississippi River.”

A Category 5 atmospheric river is expected to move in with the storms, according to the Center for Western Weather and Water Extremes.

The 8-12 inches of rain expected due to the storms in Northern California should help reduce the current severe drought conditions in the state. As of Tuesday, 46 percent of California was dealing with exceptional drought.

AccuWeather Meteorologist Alex DaSilva said the storm has the potential to “be a tremendous shot in the arm due to the long-term drought in the region.”

However, the storms could also make conditions worse for residents in the impacted areas, especially where fires burned the earth so badly that it can no longer absorb stormwater. For example, weeks after the Thomas Fire scorched the hills of Santa Barbara County in 2018, people living below hillsides in burn areas were devastated by debris flows following a storm in the region, said CNN.

Even with the expected heavy rains, California may still be facing drought conditions.

“The good news is that this rain will pretty well end the fire weather concerns for Northern and Central California. However, with La Niña, we're still looking at not getting enough rainfall to end the drought," said Norm Hoffmann, who served as a meteorologist for the US Air Force and the National Weather Service in California for more than 30 years, according to USA Today.