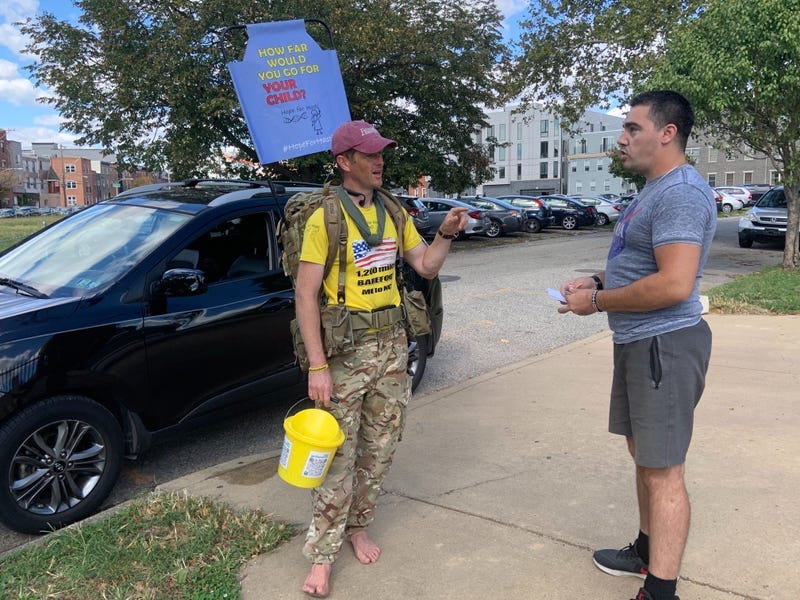 The Englishman completed a 1,200-mile trek from Maine to North Carolina in an effort to raise money and awareness for a rare genetic disease that his 9-year-old daughter, Hasti, is diagnosed with.

Cornelia de Lange syndrome (CdLS) is a rare condition that affects growth and delays development. It occurs in one in 10,000 births. The condition worsens from about age 12 and up.

Brannigan, a major in the British Army, started a nonprofit last year to raise funds for researchers to create a gene therapy for CdLS. Part of that fundraising effort was the barefoot walk, which recently ended in Raleigh.

“It’s a rare disease, so we thought it was necessary to come across the water to connect that community,” he said, while daughter Hasti and family stay put in Surrey, England.

Over the course of his 45-day journey, Brannigan stopped in Philadelphia. He couldn’t resist running up the Art Museum steps and taking a picture with the Rocky Balboa statue, but he also made bigger strides in the city.

“I arrived in Philadelphia on day 29 of the journey and I had a meeting with the Children’s Hospital of Philadelphia because I really wanted to have them be part of our research journey,” he said. “They have a great expertise in my daughter’s condition.” 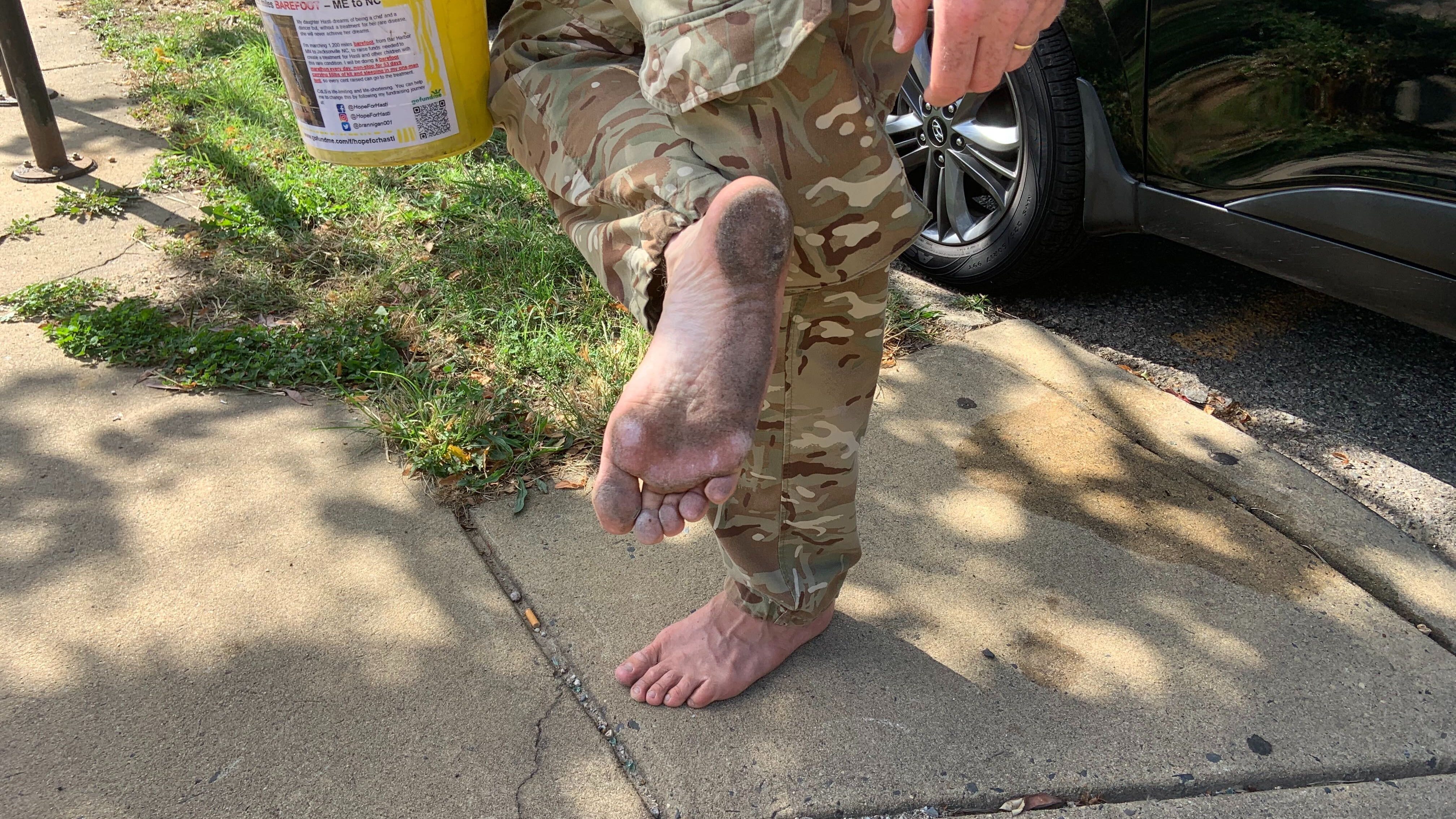 Brannigan’s feet are badly blistered and callused, and he suffers some nerve damage, but he said it was all worth it to educate people about CdLS.

“I got shooting pains in my feet all of the time, even when I am not walking, but I also feel relieved that we’ve been able to raise so much money and so much awareness about Cornelia de Lange syndrome and what life is like for my daughter Hasti, living with that every day,” he added.

UK Army Major is walking 1,200 miles barefoot to raise money & awareness for Cornelia de Lange Syndrome – a rare disease that impacts his young daughter, Hasti – and a research project that could transform the lives of kids living with CdLS. He is in Philly Now. #HopeForHasti pic.twitter.com/hWgrSJw1Vh

He arrives in London Friday morning, and he can’t wait to reunite with his wife and kids, though he enjoyed meeting many people along the way.

“The people in Philadelphia were incredibly kind, and I really felt like they made me feel at home,” Brannigan said. People across the East Coast “were interested to learn about what we’re trying to achieve and the gene therapy we are trying to create for CdLS.

“I am from Ireland, so I’m a long way from home, so to be accepted as a dad who is just trying to do something for his daughter and to be received so warmly was just really incredible.”

Although his walk has come to an end, it’s just the beginning of the Brannigan family’s CdLS journey.

“My wife and I are going to continue to fundraise and continue to raise awareness and continue to spearhead the creation of a gene therapy for CdLS. As parents to a child who has this condition, we just can’t rest until we have a therapy and we know we can improve her health and lengthen her life, because although her condition is rare, we feel like — like every child — she deserves every opportunity of health and happiness.”