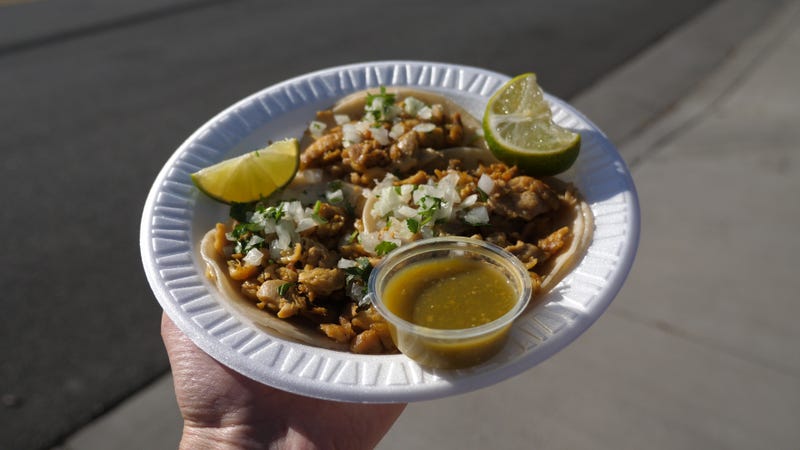 SAN FRANCISCO (KCBS) — In a new study from Rent.com, the state of California came in as the number one state for best tacos, with the city of Huntington Park listed as the best city in America to find the delicious meal.

The city came out on top with 11.33 "tacos per density" and 59.12 "tacos per capita." Based on the site's data, Huntington Park's proportion for taco restaurants is 31.78% — but the phrase "taco restuarant" wasn't clearly defined.

"Located just south of Los Angeles proper, Huntington Park has a prominently Hispanic/Latino population. So, it's no surprise that this is simply the best city for tacos in California, which is chock full of taco hot spots," writers for the site said.

"With so many beloved taco spots to choose from, knowing where to start is the only hard part. You can't go wrong at a local institution 55 years in the making at Avilas El Ranchito Mexican Restaurant."

Writers for Rent.com said if you visit Avilas El Ranchito, you have to try the shredded beef tacos and the michelada. The second restaurant recommended in the city is Gallo Giro "for sizable tacos and excellent aguas frescas."

California came in at number one, followed by Texas, Florida, Illinois and Washington. Hawaii, Vermont and West Virginia were excluded from this report due to insufficient data.