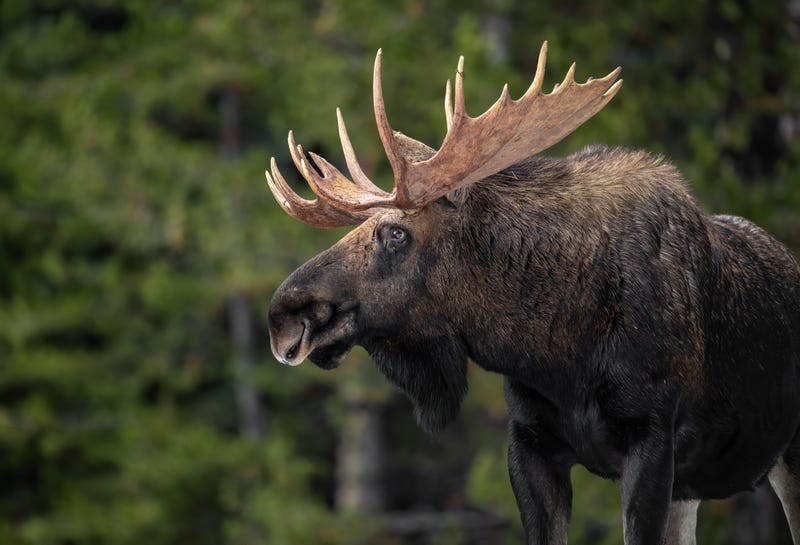 One student sustained minor injuries on Thursday when a giant moose crashed through an elementary school window in the central Canadian province of Saskatchewan.

The moose broke through a large window leading into a community room between the two schools just before 9 a.m.

Young children were in the room at that time wrapping up a before school program and were quickly whisked away by a supervisor as others called 911, district officials said in a statement provided to KCBS Radio. 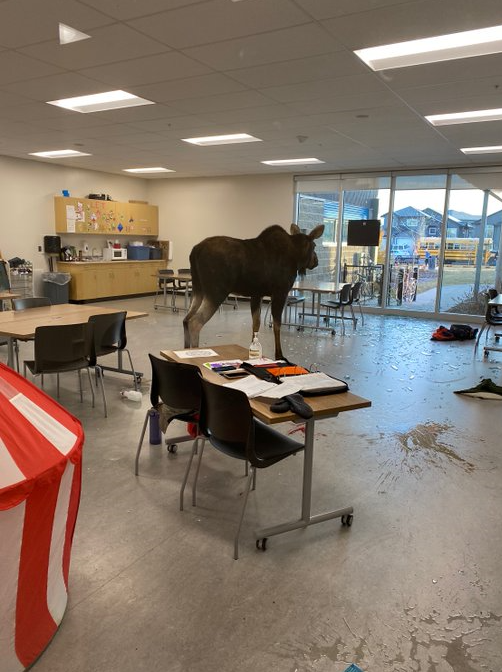 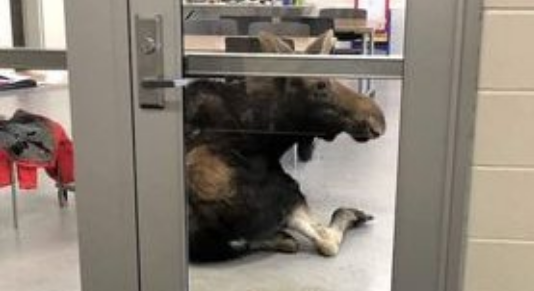 The moose was later "tranquilized and removed" from the property. Photo credit 92.9 The Bull

Apparently "dazed from the experience," the bewildered – and apparently injured – moose then laid down quietly on the classroom floor, where it stayed for several minutes until wildlife officials arrived.

The moose was "tranquilized and removed" from the school by animal control officials with the help of police officers. "The moose was transported outside the city and was safely released," the statement said.

The animal is reportedly in good condition.

"It's a feel-good story, even if there was a little bit of property damage. I think it's the type of story we need after everything that's gone on," Ben Denis, who tracked the moose before it burst into the school, told CBC.

The student who was hurt didn't require medical attention, the network said.

KCBS Radio has reached out to school officials but has not yet heard back.