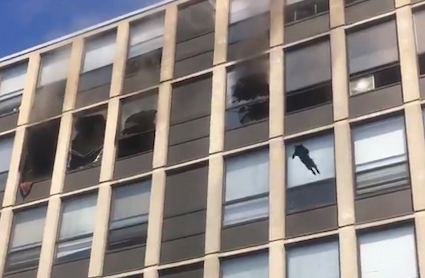 (WBBM NEWSRADIO) — A cat leapt five stories from a burning Chicago building Thursday and landed with bounce, apparently unharmed, on a patch of grass below.

Chicago Fire Department spokesperson Larry Langford described the black feline as resembling a “flying squirrel” as it gracefully dove through the air, possibly using one of its nine lives in the process.

Watch the video below and wait for it!

Nine lives for a cat that jumped from fire at 65th and Lowe. Cat hit grass bounced and walked away! pic.twitter.com/LRBsjMta2Z

Chicago Fire Media posted stunning video of the cat’s escape, on Twitter. People could be heard screaming as the animal sails through the air.

The still and box blaze occurred at 65th and Lowe around 3 p.m. The fire was extinguished, and no injuries (to humans) were reported. 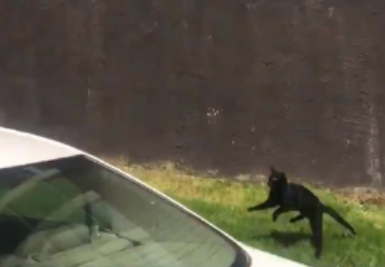 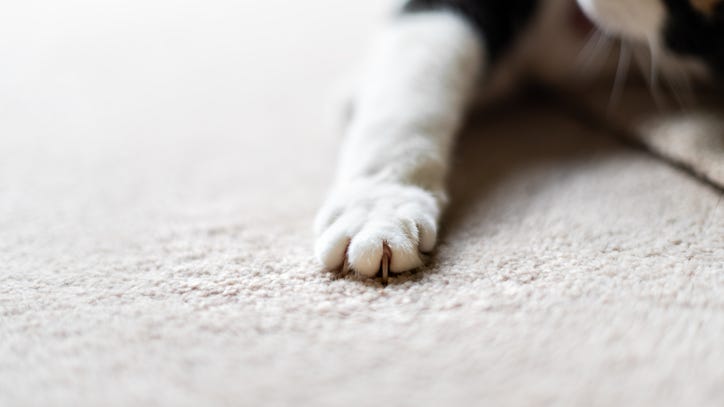