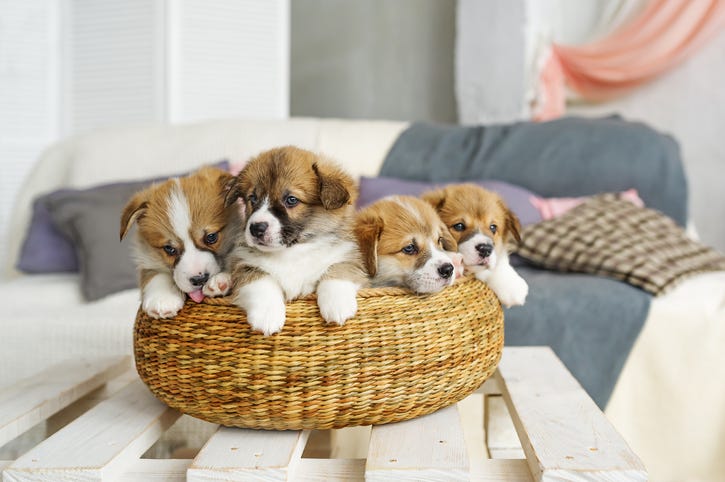 While you may be tempted to hug and kiss every puppy you come across, you may want to hold off on all that puppy love for now.

2019 is ending on a bit of a sad note as the Centers for Disease Control and Prevention warns the public against the cutest of culprits: puppies.

OUTBREAK NOTICE: 30 people in 13 states are infected with multidrug-resistant #Campylobacter linked to pet store puppies. Wash your hands after touching dogs or their food, or cleaning up after them. Learn more: https://t.co/WPdBIKD4rM pic.twitter.com/FoPdgJ90D6

According to the CDC, puppies have been “linked to a multi-state outbreak of an infection that's resistant to multiple drugs.”

The outbreak is being caused by a strain known as “Campylobacter jejuni.”

Thirty people have been infected, some dating back to the beginning of 2019, according to the CDC. The national public health institute believes the outbreak is stemming from puppies being purchased at pet stores.

"Epidemiologic and laboratory evidence indicate that puppies purchased from pet stores are the likely source of this outbreak. Many of the cases had contact with puppies or were employees at pet stores, including Petland," the report said adding that no common supplier has been linked to all illnesses.

According to the report, 13 states have been affected.

While four people have been hospitalized, the CDC is not aware of any deaths so far.

However, people of all ages are susceptible and advise people to take necessary precautions.

Federal officials recommend washing hands after coming into contact with puppies, handling the pup’s food, or cleaning up after them.

If you’re planning on bringing a puppy home, the CDC recommends taking your furry friend to a vet checkup as soon as possible to rule out any illnesses.

The agency said sick dogs may seem lethargic, refuse to eat, have diarrhea, or breathe abnormally, but also emphasized that some might not exhibit any symptoms at all.

sports
Kenny Mayne announces he's leaving ESPN
music
Jake Owen is on a mission to introduce younger fans to the music of his idols
sports
What might Stephen Curry's stats look like if there was a 4-point line?
music
Tom Cruise returns Golden Globes trophies due to Hollywood Foreign Press' questionable diversity record
music
WATCH: Trailer for 'Venom: Let There Be Carnage' released
sports
Report: Some within Broncos say it is 'real possibility' they could land Aaron Rodgers