Chick-fil-A is shaking up its menu.

The chain might be famous for its chicken but pretty soon, you’ll find yourself going there for dessert and coffee!

If you’re already getting sick of all the pumpkin additions, you’ll be thrilled to know that the menu items debuting on September 14 have nothing to do with pumpkin spice and everything to do with chocolate.

According to the announcement, the first addition is the Chocolate Fudge Brownie, which consists of a semi-sweet chocolate melted into the batter with chunks of fudge.

It can be purchased individually wrapped or by the tray if you want to share the wealth with your loved ones.

To sweeten up the morning, the chain is launching a seasonal beverage -- the Mocha Cream Cold Brew. It's a swirl of cold-brewed coffee, sweetened cream, and chocolate flavored syrup, served over ice.

The chain will also introduce a new blend of specialty-grade Thrive Farmers hot coffee, which is meant to be milder than the previous edition. It will be available in regular and decaf. 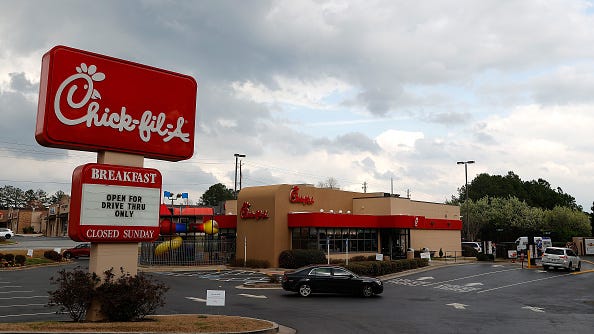 The brownie and the coffee blend will be a permanent addition, while the cold brew is for a limited-time only.

Chick-fil-A is very meticulous about adding new items to their menu.

The seasonal Chick-fil-A Fish Sandwich, which is made using cod, returned during the late winter and early spring.

There was also the Deluxe Fish Sandwich and Boxed 2- and 3-count Fish entrees and meals, served with Waffle Potato Fries. Each came with Chick-fil-A Tartar Sauce.