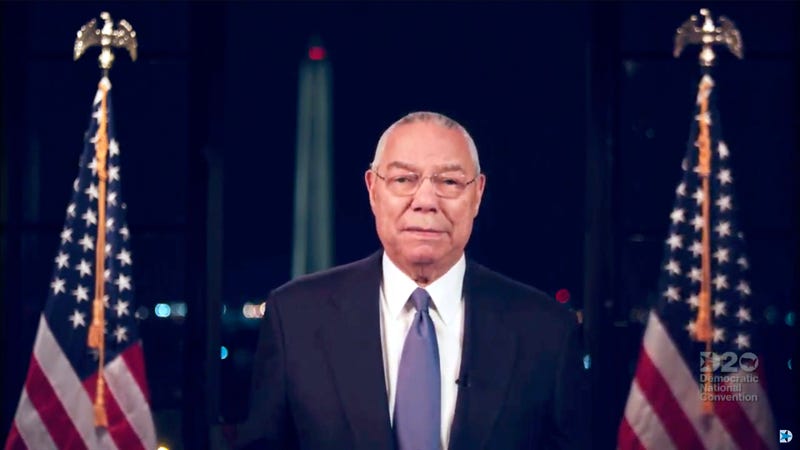 WASHINGTON (1010 WINS) – Gen. Colin Powell, who served under multiple presidents, including as the first Black U.S. secretary of state, died early Monday from complications of COVID-19, his family said. He was 84.

“We have lost a remarkable and loving husband, father, grandfather and a great American,” his family said in a statement.

Powell had multiple myeloma, a cancer of the plasma cells that suppresses the body's immune response, a source told CNN. While he was vaccinated against COVID-19, people with compromised immune systems are at greater risk of complications from the coronavirus. 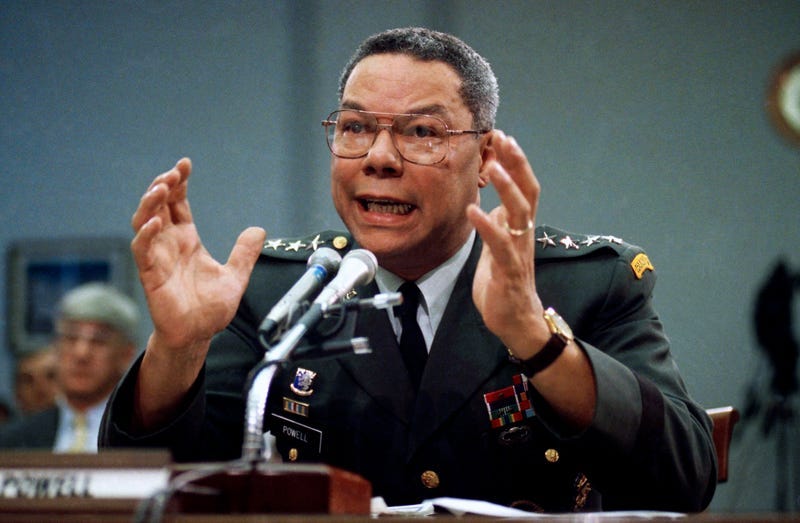 “Mine is the story of a black kid of no early promise from an immigrant family of limited means who was raised in the South Bronx,” he wrote in his 1995 autobiography “My American Journey.” 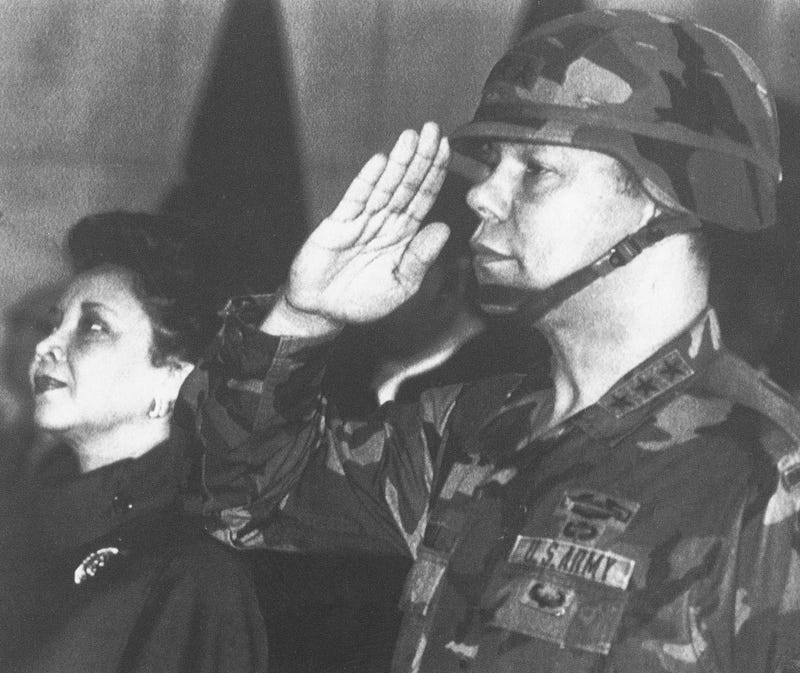 After graduating from the City College of New York, he took an Army commission and served in Vietnam before he rose in the ranks to become general. He was appointed the head of the National Security Council by President Ronald Reagan and then chairman of the Joint Chiefs of Staff by President George H.W. Bush. 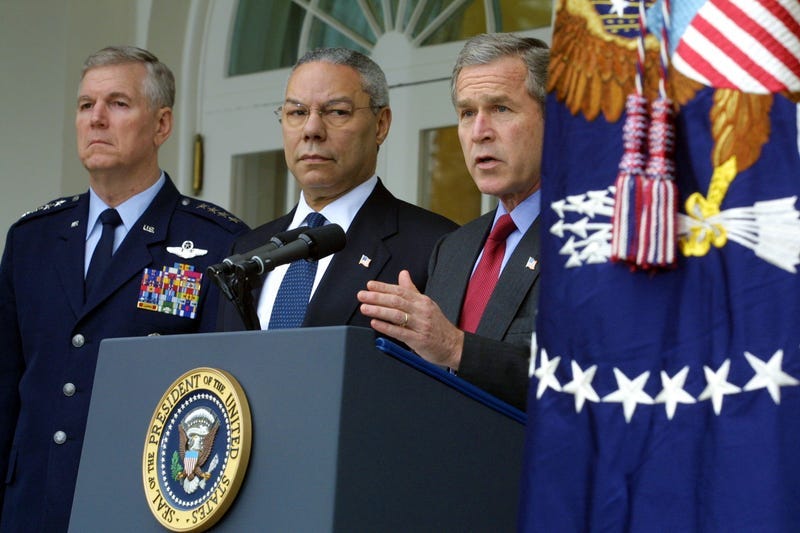 President George W. Bush (R) speaks as Secretary of State Colin Powell (C) and the Chairman of the Joint Chiefs of Staff Richard Myers listen December 13, 2001 during an announcement of a withdraw from the 1972 Anti-Ballistic Missile Treaty at the Rose garden of the White House in Washington, DC. Photo credit Photo credit Alex Wong/Getty Images

Powell became the highest ranking African American official in the history of the U.S. when he was appointed secretary of state under President George W. Bush.

As Bush’s first secretary of state, Powell led a State Department that was dubious of the military and intelligence communities’ conviction that Saddam Hussein possessed or was developing weapons of mass destruction. Despite his reservations, he presented the administration’s case that Saddam indeed posed a major regional and global threat in a 2003 speech to the U.N. Security Council in the run-up to the Iraq War.

That speech, replete with his display of a vial of what he said could have been a biological weapon, was later derided as a low-point in Powell’s career, although he had removed some elements that he deemed to have been based on poor intelligence assessments. 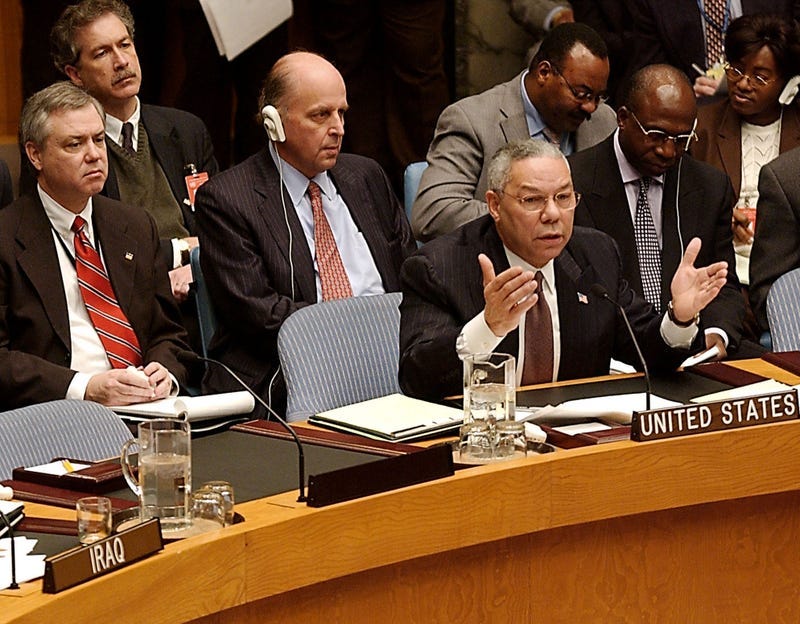 “He was a great public servant” and “widely respected at home and abroad,” Bush said. "And most important, Colin was a family man and a friend. Laura and I send Alma and their children our sincere condolences as they remember the life of a great man.” 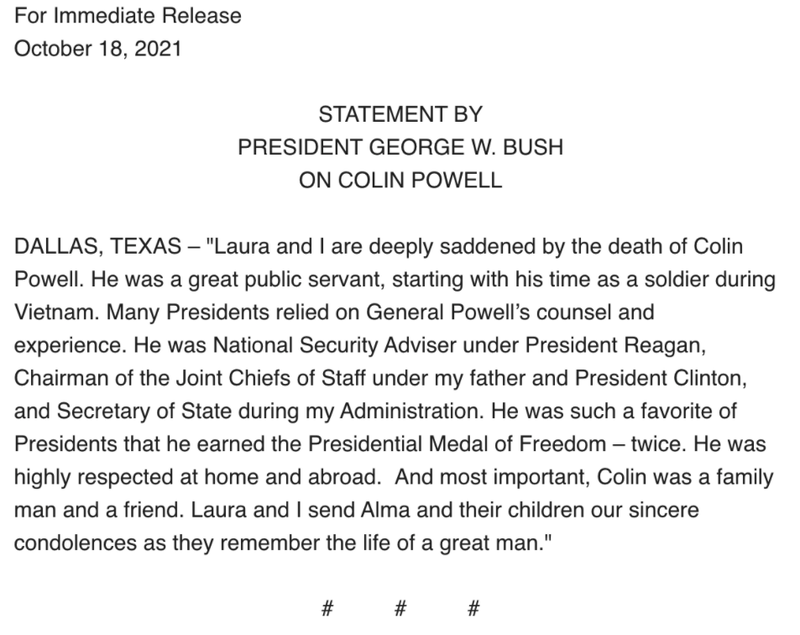 In a 2012 interview with 1010 WINS for Black History Month, Powell said war was a terrible thing but sometimes necessary when diplomacy fails.

“I’m also a professional soldier, and I’ve trained to conduct war, and I’m pretty good at it, and I’ve done several,” Powell said. “And so, when our national leaders decide that we’ve gone as far as we can, then I’d had to do it, and I’ll do it well, and I’ll do it fast, and I’ll try to get it over as quickly as possible, so we can get back to peace.”

Asked how he wanted to be remembered, Powell said as “a guy who served his country well, believed in himself, and he raised a good family—period.” 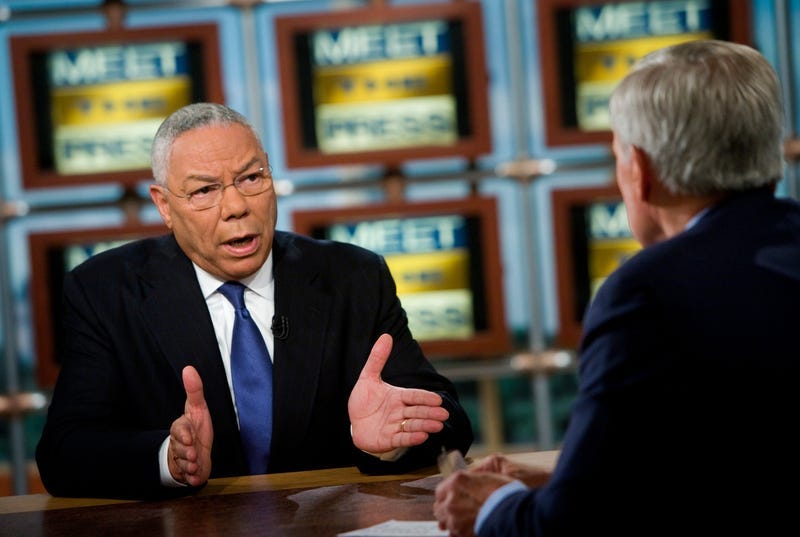