By Tim Jimenez, KYW Newsradio and Associated Press
Updated on

PHILADELPHIA (KYW Newsradio) — With the U.S. House and Senate passing a bill Thursday that would fund the federal government through December, a shutdown has been avoided. The bill is headed to President Joe Biden's desk for a signature.

There is a sense of relief among federal workers whose livelihoods would be affected. That includes TSA officers who were hit hard during the record-setting 35-day government shutdown that ended 2018 and began 2019.

TSA officers are considered essential federal workers, so when a shutdown happens, they are supposed to work even though they do not get a paycheck.

"To go through another period of non-pay would be devastating again," he said.

Shuker is the head of the American Federation of Government Employees (AFGE) Local 333, which represents TSA officers.

"Our officers need to be paid. Most of them are check to check. The starting rate is like $15 an hour," he said.

"You know, we have a stressful job as it is."

It was so difficult last time out, he said, many had trouble filling up their gas tanks or buying groceries. So local organizations stepped up to help.

"We relied on food banks," Shuker said. "SEPTA allowed us to ride free coming and going to work."

He says he is grateful the paychecks will keep coming, but Shuker says he is worried it could be a different story in December when Congress goes through this whole funding issue again. It’s the last thing these TSA officers need.

And especially with the pandemic, he says, he is tired of the politics.

"Kind of a tit for tat. There was a shutdown under Trump, so now we’re gonna shut down under Biden. Without a concern to who it actually affects."

U.S. Senate Majority Leader Chuck Schumer first announced Wednesday night the deal with Republicans to fund the government. It includes around $6 billion for the relocation efforts of Afghan evacuees and $29 billion for disaster relief, but the need to raise the debt ceiling and avoid default had to be left out.

Without the last-minute deal, government funding would run out by midnight on Friday, which is the first day of the fiscal year. The U.S. Office of Personnel Management recently released guidance for federal agencies on furloughing workers. Contingency plans are in place in the event a shutdown does take place.

That crisis seems to be averted, at least for now, but another one remains. Democrats had been pushing for an increase to the federal debt limit. Republicans, led by U.S. Senate Minority Leader Mitch McConnell, say Democrats need to raise the debt ceiling on their own.

Treasury Secretary Janet Yellen has warned of catastrophic consequences and the U.S. running out of cash by Oct. 18 if the debt ceiling is not raised.​ 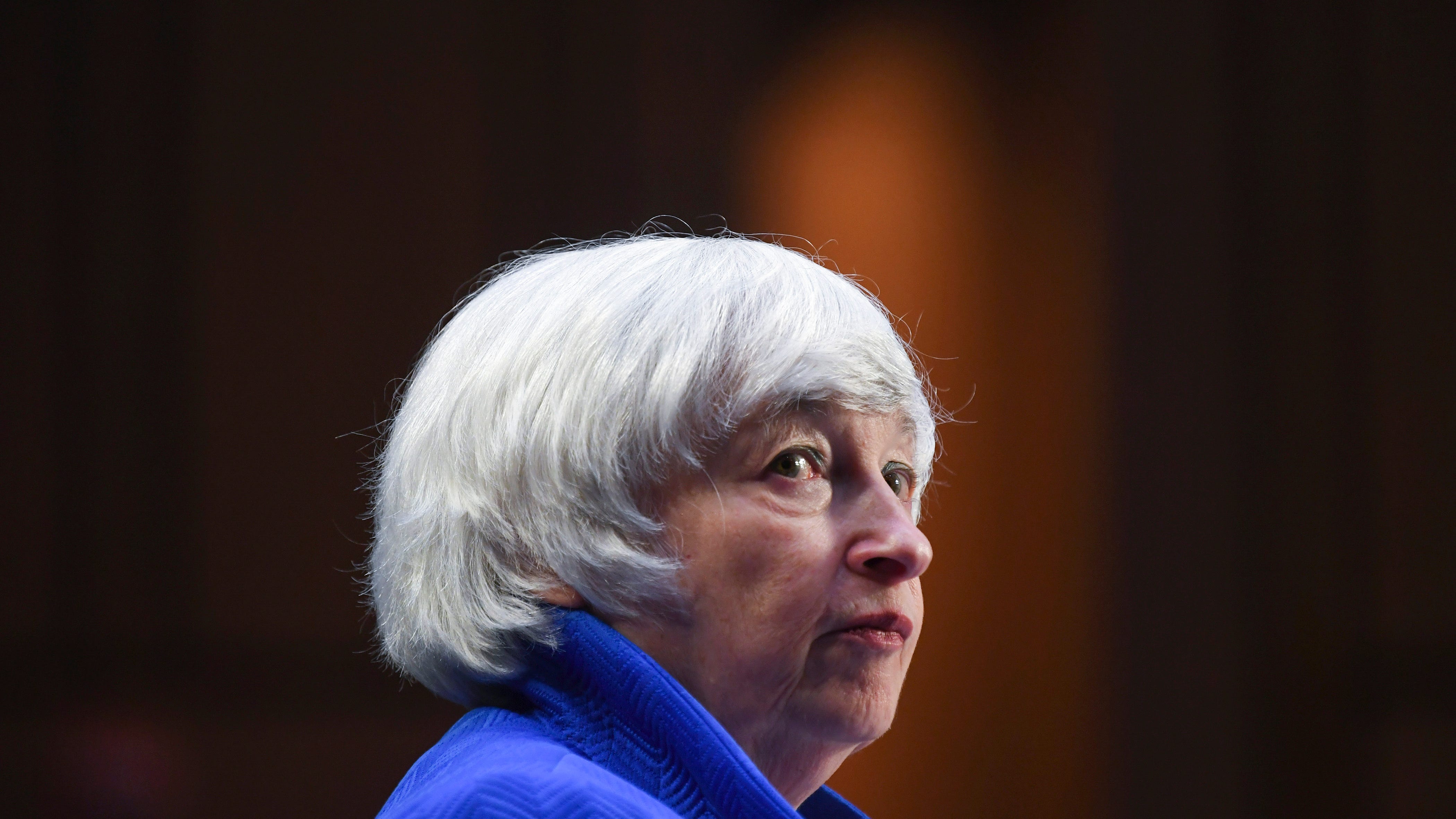 Action in the final hours to avoid a partial government shutdown has become almost routine, with lawmakers usually able to fashion a compromise. The funding bill was slowed this time by disagreement over allowing the government to take on more debt so that it could continue to meet its financial obligations. Currently the borrowing cap is set at $28.4 trillion.

The U.S. has never defaulted on its debts in the modern era, and historically both parties have voted to raise the limit. Democrats joined the Republican Senate majority in doing so three times during Donald Trump's presidency. This time Democrats wanted to take care of both priorities in one bill, but Senate Republicans blocked that effort Monday.

Raising or suspending the debt limit allows the federal government to pay obligations already incurred. It does not authorize new spending. McConnell has argued that Democrats should pass a debt limit extension with the same budgetary tools they are using to try to pass a $3.5 trillion effort to expand social safety net programs and tackle climate change. 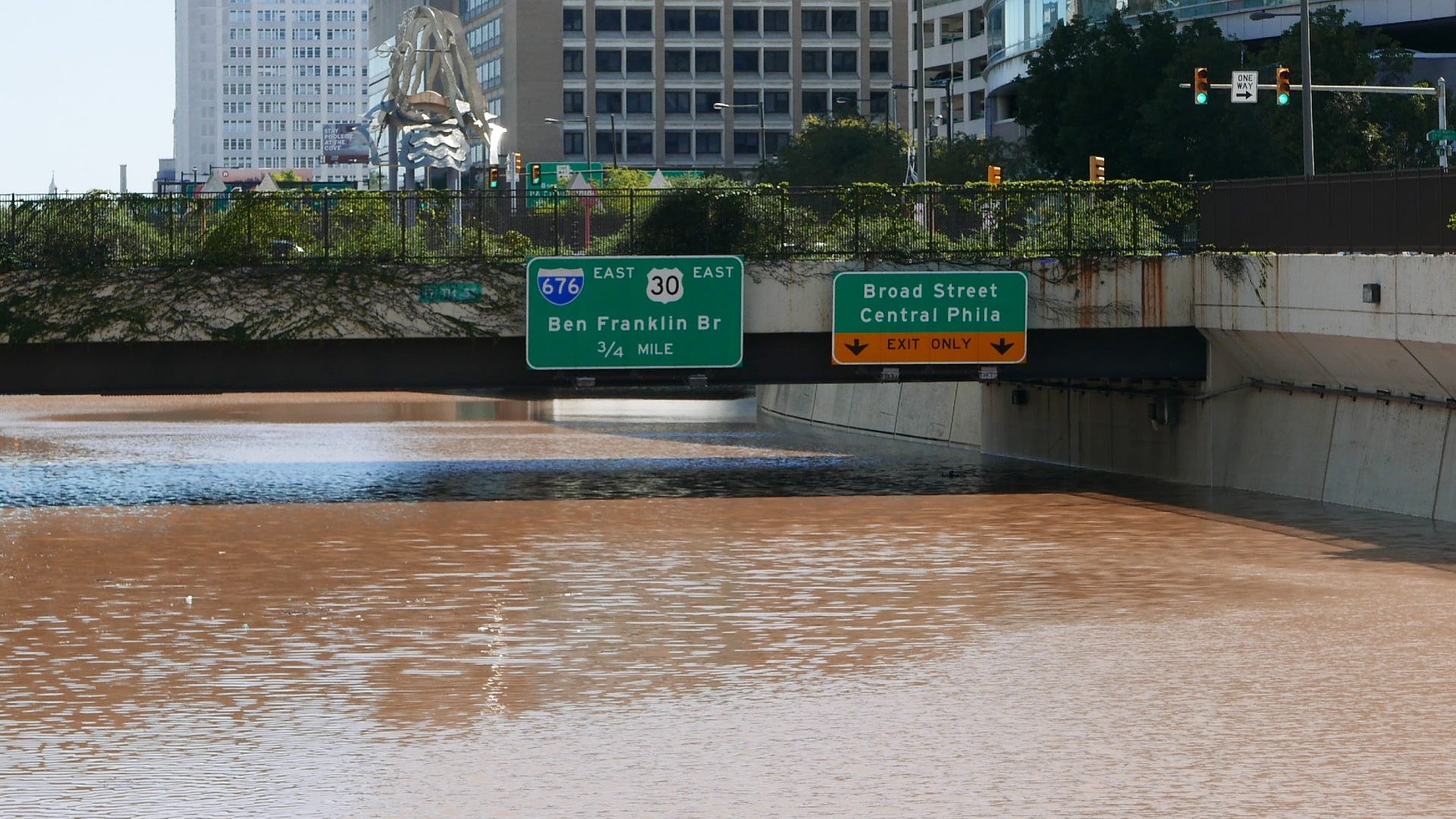 'Impossible to ignore:' The impact of climate change on Philadelphia's infrastructure

"There is no tradition of doing this on a bipartisan basis. Sometimes we have and sometimes we haven't," McConnell told reporters about past debt ceiling increases.

House Democrats complained about the steps they were being forced to take as they approved a standalone bill late Wednesday that would suspend the debt ceiling until December 2022. That bill now heads to the Senate, where it is almost certain to be blocked by a Republican filibuster.

"You are more interested in punishing Democrats than preserving our credit and that is something I'm having a real tough time getting my head around," House Rules Committee Chairman Jim McGovern, D-Mass., told Republicans. "The idea of not paying bills just because we don't like [Biden's] policies is the wrong way to go."

But Republicans were undaunted. They argued that Democrats have chosen to ram through their political priorities on their own, and thus are responsible for raising the debt limit on their own.

"So long as the Democratic majority continues to insist on spending money hand over fist, Republicans will refuse to help them lift the debt ceiling," said Rep. Tom Cole, R-Okla.

McGovern said Republicans ballooned the debt under Trump and now are washing their hands of the consequences.

"Republicans have now rediscovered the issue of the debt," McGovern said. "Where the hell were you the last four years?"

The Treasury has taken steps to preserve cash, but once it runs out, it will be forced to rely on incoming revenue to pay its obligations. That would likely mean delays in payments to Social Security recipients, veterans and government workers, including military personnel. The Bipartisan Policy Center, a think tank, projects that the federal government would be unable to meet about 40% of payments due in the several weeks that follow.