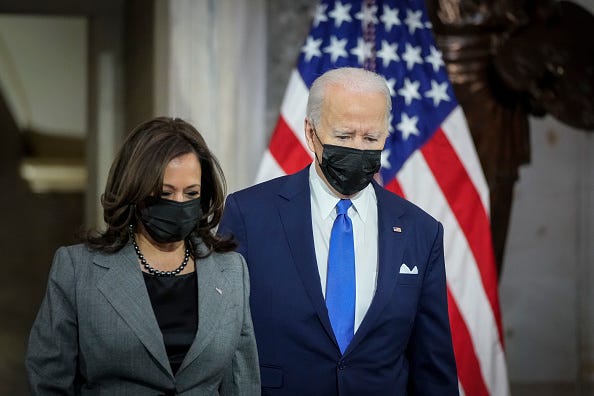 U.S. President Joe Biden and Vice President Kamala Harris arrive to deliver remarks on the one year anniversary of the January 6 attack on the U.S. Capitol, during a ceremony in Statuary Hall at the U.S. Capitol on January 06, 2022 in Washington, DC. Photo credit Drew Angerer/Getty Images
By Joe Hiti, NewsRadio 1080 KRLD

Following the reports that Justice Stephen Breyer will be stepping down from the Supreme Court, many are looking at who could fill his chair, and some have said that Vice President Harris could be President Biden's pick.

Speculation is all that currently fuels the fire for Vice President Harris possibly being the first-ever Black female Supreme Court Justice and the White House attempted to squash the possibility Wednesday.

However, according to reports, there is a possibility — one that is legal — Biden could nominate Harris for the position and then choose another running mate should he run again in 2024, Fox News reported.

Harris served as a member of the Senate Judiciary Committee while serving as a senator. She also has a legal background being the former district attorney of San Francisco and former California attorney general.

Under current Senate procedure rules, after Biden makes his pick for the seat, the Senate must confirm the selection with a 51 majority vote.

With 50 Republican and 50 Democrat senators, the tiebreaker would go to Harris, meaning she could possibly confirm herself as the next Supreme Court Justice.

A professor of political science at George Washington University, Sarah Binder, shared with Fox that there is no rule against Harris voting for herself if the opportunity presented itself.

"The Constitution doesn't place any conditions on the types of ties the vice president can break as presiding officer," Binder said. "That would presumably leave the VP free to break a tie on confirming herself to the Supreme Court." 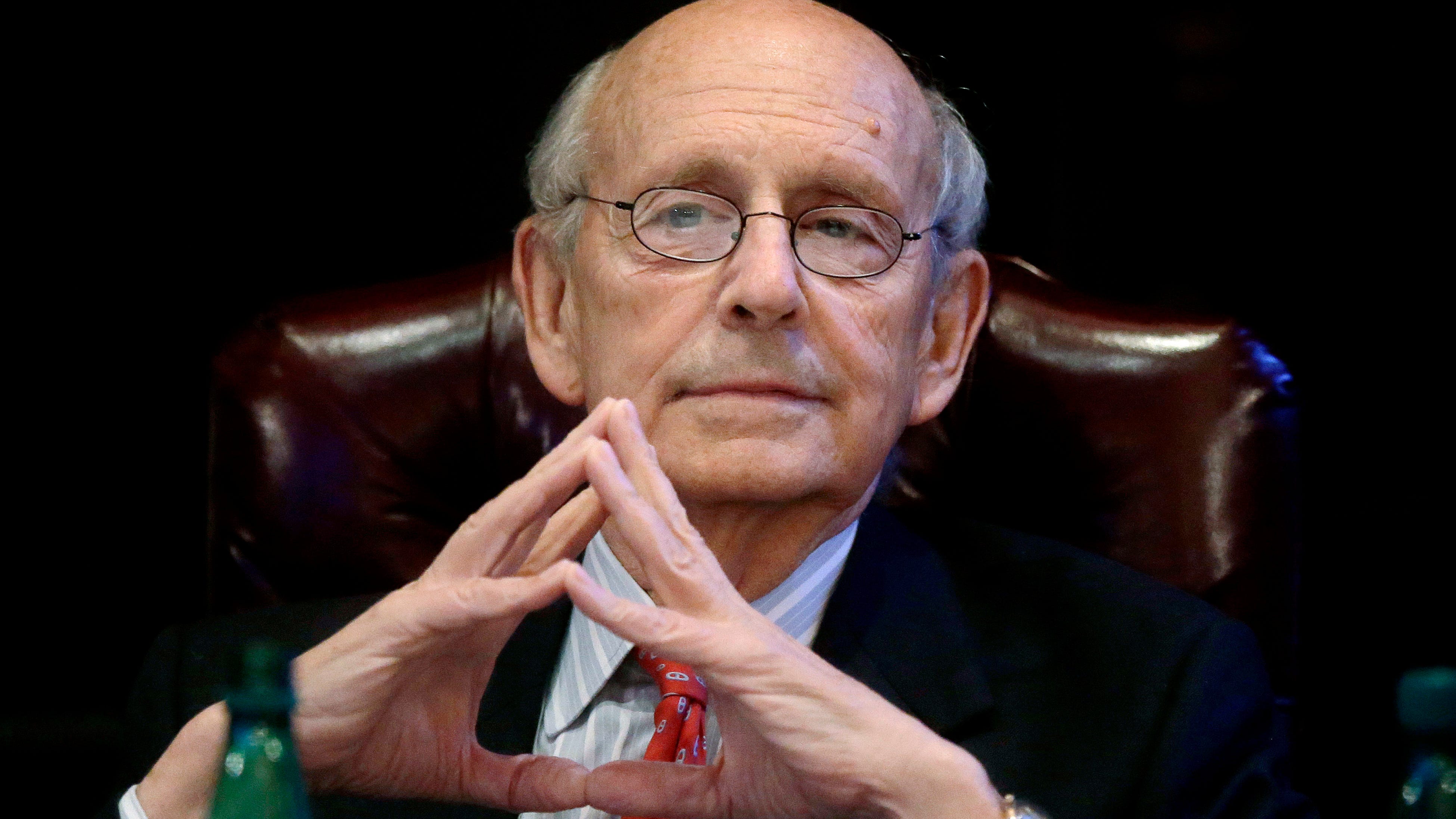 Biden promised in his campaign that he would nominate a Black woman to the highest court in the land, and while he most likely won't pick Harris, though it's a possibility, here is a shortlist of who he could pick. 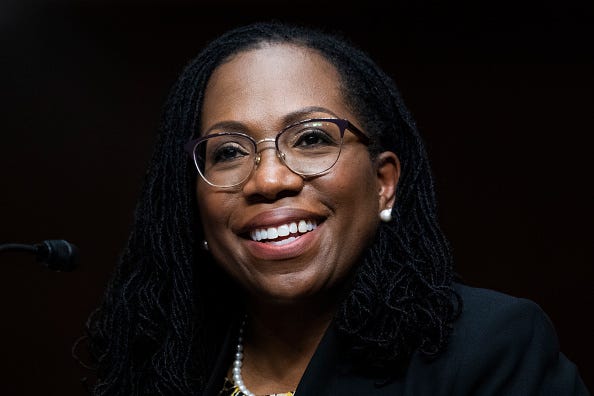 One possibility to fill the seat could be Ketanji Brown Jackson, who has been a part of the DC Circuit Court of Appeals since 2021.

Jackson, 51, is a Harvard Law School and Harvard University graduate. She served on the DC federal district court for eight years, from 2013 to 2021.

Among other achievements, Jackson served as a clerk for the same judge she would replace on the court, Justice Breyer.

During her confirmation to the circuit court, she received unanimous support from Senate Democrats and three Republicans, Susan Collins, Lisa Murkowski, and Lindsey Graham. 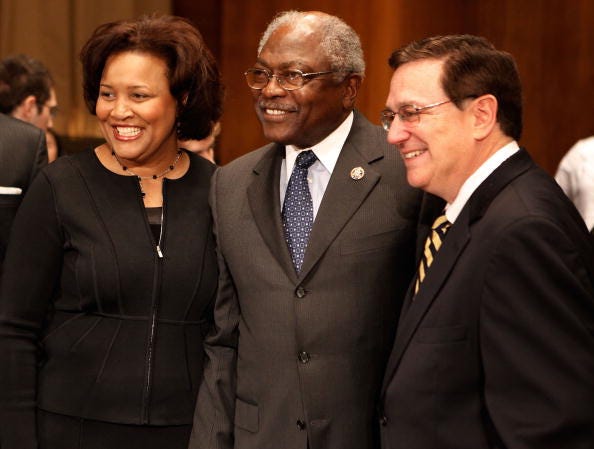 Richard Gergel (R) and J. Michelle Childs (L) pose for photographs with House Majority Whip Rep. James Clyburn (D-SC) before their confirmation hearing to be U.S. District Judges for the District of South Carolina April 16, 2010 in Washington, DC. Gergel and Childs are both expected to be approved by the committee and confirmed by the Senate. Photo credit Chip Somodevilla/Getty Images

Another selection that Biden could make is J. Michelle Childs.

Childs was recently nominated to serve on the DC Circuit Court of Appeals and has been on the federal bench in South Carolina since 2010.

Currently, Childs is serving as a federal judge in South Carolina, where former President Obama appointed her in 2010.

If Childs were appointed, she would be the first justice to have attended a public law school since Justice Sherman Minton, who last served in 1956. 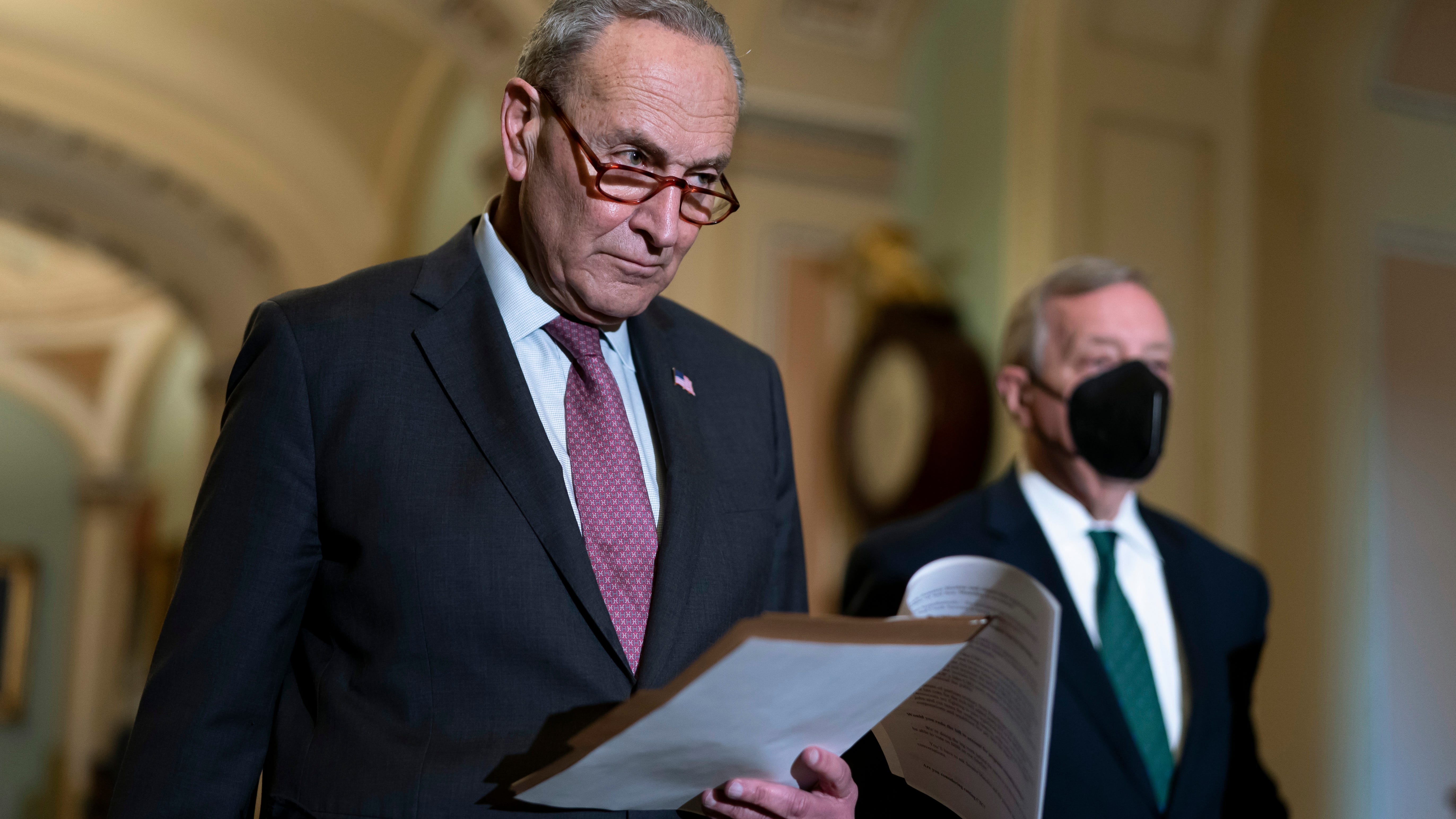 Last but not least, among the top three possibilities is Leondra Kruger, a member of California's state Supreme Court since 2015.

Kruger, 45, served in both Justice Departments of George W. Bush and Obama from 2007 to 2013. She clerked for former Supreme Court Justice John Paul Stevens and has been offered the position of solicitor general twice, though she denied both offers.

A graduate of Yale Law School and Harvard University, Kruger helped with the defense of the Affordable Care Act while serving under President Obama. She was also the first Black woman to serve as editor for the Yale Law Review.

Biden spoke about the announcement from Breyer on Thursday.