A Wisconsin couple has turned their Pride into a beacon of light, literally.

Memo Fachino and his husband Lance Mier were told by their homeowner's association in Racine that they couldn’t fly a Pride flag during the month of June, so they found a loophole that allowed them to put on a colorful display of lights. 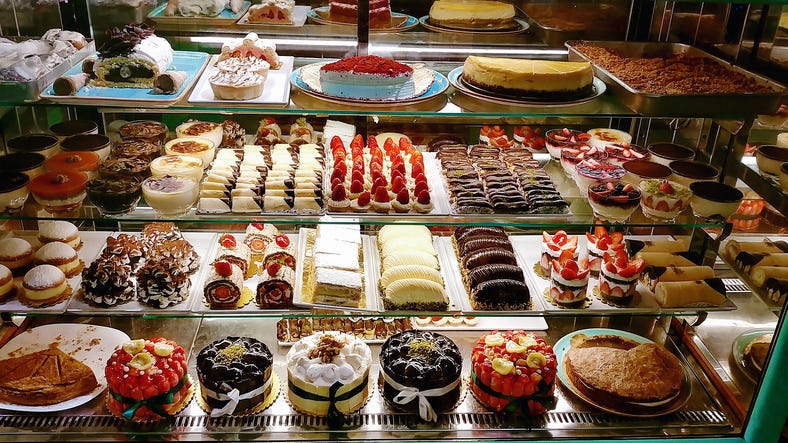 In a Reddit post, Fachino detailed how they were told by the association to take down the flag after instituting a policy that banned most flags.

“Due to some neighbors flying BLM flags, Thin blue line flags, and other opinion flags, our HOA decided last month that we’re only allowed to fly the USA flag, and nothing else,” Fachino wrote. “The day after the decision, we receive an email that someone reported our Pride flag (that we had in our house since 2016), and that we needed to take it down.”

While the couple complied, they realized the rules allowed for removable lights without any restrictions. So they got creative.

“We bought 6 colored flood lights, and we washed our house in pride colors,” Fachino added. “A little less subtle than our simple flag. A lot more fun for anyone complaining about the flag itself and what it represents.”

The post soon went viral with the couple getting words of support from around the world. 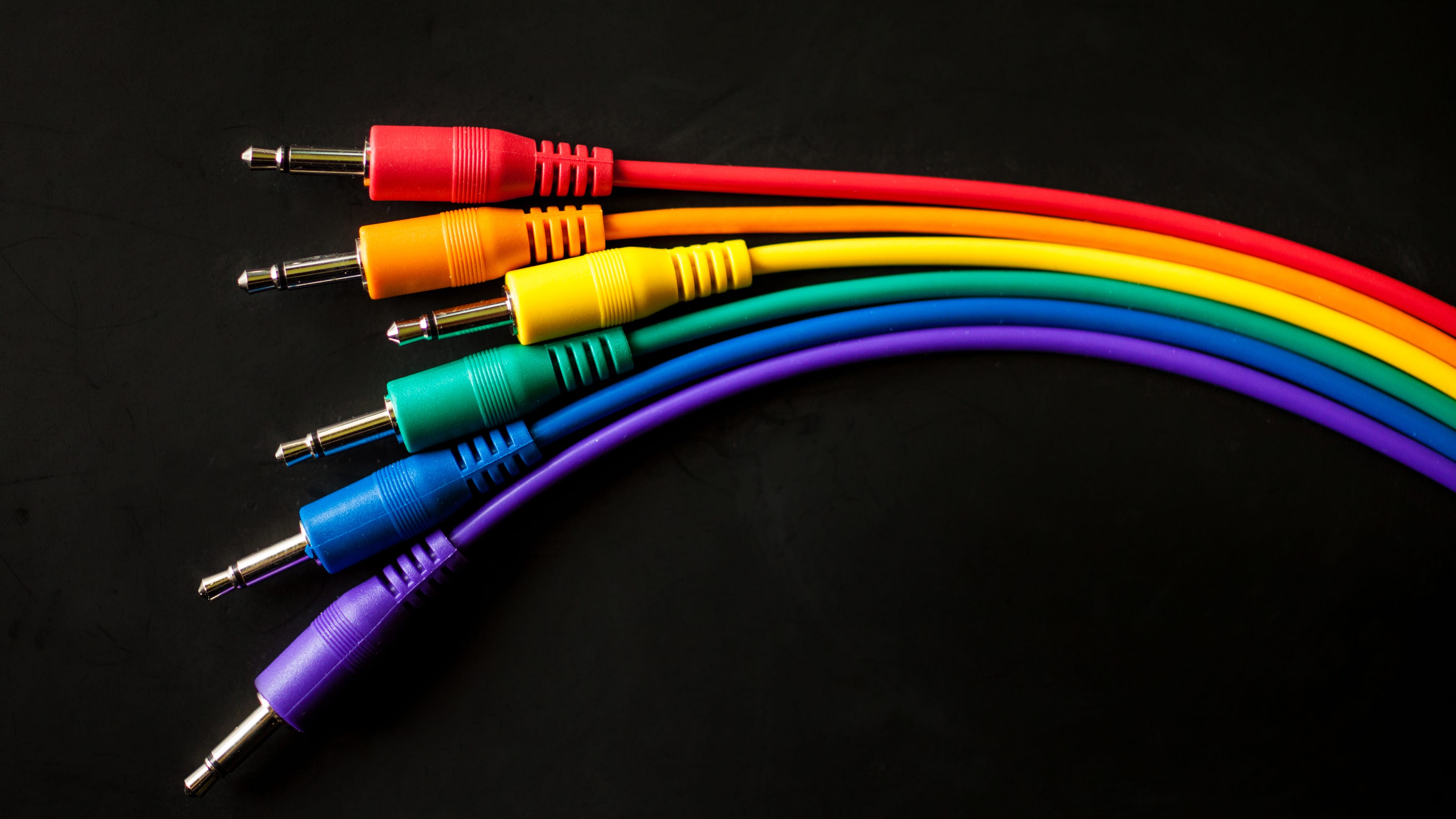 Fachino, who is on the board of the homeowner’s association, made it clear that they meant no disrespect to the HOA by putting up the display.

"We're not trying to stick it to anyone," he told the Milwaukee Journal Sentinel. "We don't feel targeted or attacked in our community. It was just a fun way for us to show our individuality and support in a way that didn't break any HOA rules." 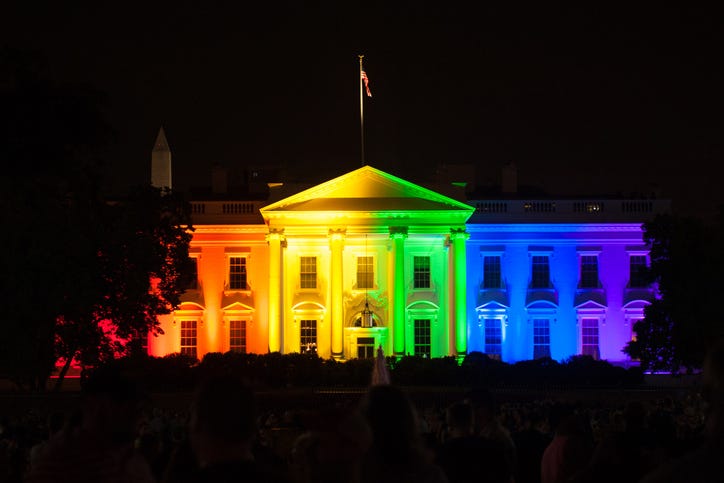 The couple were also motivated to show their Pride for being part of the LGBTQ+ community as they know how important it is to be visible.

"We believe inclusion and diversity are important and wanted to showcase ours and what we believe in," Fachino told People. "In the past, flying our flag helped a neighbor struggling with gender identity, so [we thought] maybe this may help someone else." 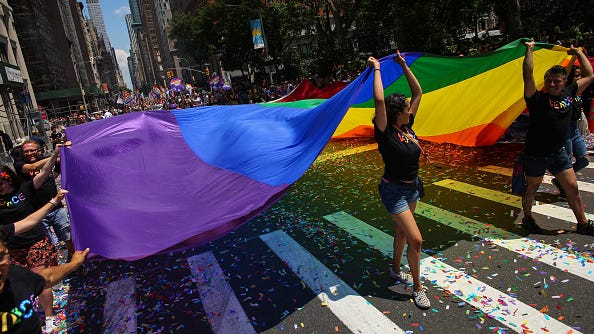 Pride Month 2021: Where, when and how to celebrate in cities across the country

The pair light up their home in the rainbow colors every night from 7pm to 10pm and have had no complaints from their neighbors.

The husbands are also extremely grateful for all the feedback they’ve received.

“I just can’t keep up with the comments,” Fachino wrote on Reddit.  “Thank you all for your amazing support!!”