Crews from the city of Minneapolis and the community group Agape descended upon the intersection of 38th and Chicago just after 4 this morning to begin removing barricades that have been in place since the killing of George Floyd last May, perhaps in an effort to reopen the intersection. 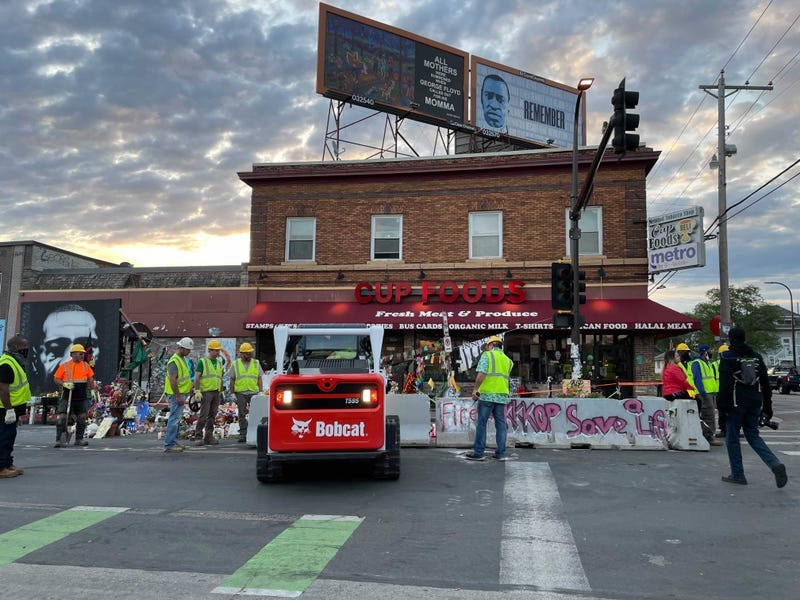 Neighbors were caught off guard as heavy machinery was moved in to remove the concrete barriers that prevented vehicles from entering a 2 block radius. As word spread, people began to arrive to voice their displeasure with the actions, one man using a bullhorn while standing in the middle of the intersection at the base of the sculpture of a raised fist that became the symbol of the movement and the most visible piece of what is now known as George Floyd Square. But as time went on, the tension subsided.

City crews continue to remove barricades and other items at 38th and Chicago this morning pic.twitter.com/GL1jbyaoeu

The reopening of the intersection is not a total surprise, as city officials have been working with local residents and other groups to figure out a way both memorialize the intersection but also allow traffic to flow freely, and to allow police and fire crews to be able to patrol and respond to the area when necessary. 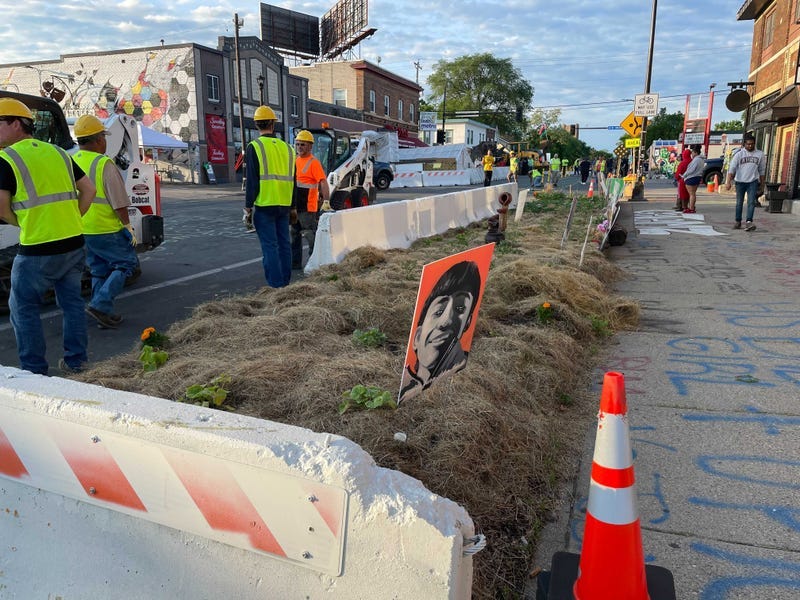