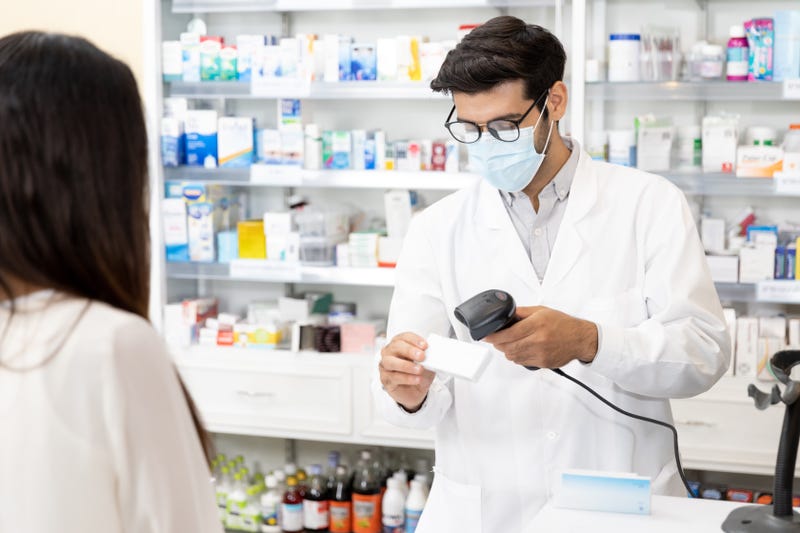 CVS Health says it will raise the minimum hourly wage in its pharmacy locations to $15 by July 2022. Photo credit iStock/Getty Images Plus
By Audacy Staff, KYW Newsradio

In a year's time, CVS Health will raise the minimum wage for hourly employees in its pharmacy locations to $15, according to an announcement made by the company on Wednesday.

The company says it will begin making incremental increases starting this month.

"All CVS Health employees earning hourly wages will make at least $13 an hour effective Sept. 5, 2021, and at least $15 an hour by July 2022," said Ron Boehmer, a spokesperson for CVS Health.

The company is touting the wage increase as one step among many toward investing in its workforce and removing barriers to employment in communities where its pharmacies are located. For example, in the last two weeks, CVS Health says it has opened workforce development centers in Pittsburgh and Philadelphia, collaborating with faith-based and community organizations to offer training to underserved populations.

Lawmakers and advocates of a $15 minimum say current wage levels are not enough to keep up with inflation.

Several months ago there was a strong push to raise the minimum wage at the federal level to $15 an hour. Lawmakers and advocates of such a hike say current wage levels are not enough to keep up with inflation. That effort failed, but in the meantime, many other businesses and companies have been taking the same route as CVS Health by pushing their wage floor up to $15 an hour, or even beyond.

The prominent Philadelphia business group that operates vegan restaurants HipCityVeg, Bar Bombón and Charlie was a sinner, increased its minimum wage to $15 an hour in July, according to a Philadelphia Business Journal report.

And before it recessed for the summer at the end of June, Philadelphia City Council passed a bill that mandates a $20 minimum wage at Philadelphia International Airport.

Many experts credit the nationwide worker shortage arising from the coronavirus pandemic as a factor putting pressure on employers to raise wages.

Approximately 65% of employees earning hourly wages already make more than $15 an hour, the company reported in its announcement. Boehmer said those employees may have their pay adjusted higher, depending on several factors, including tenure and where they fall in the pay range.

Currently the lowest hourly wage at CVS is $11, which is the level the company raised it to in 2018, Boehmer said.

The new wage structure includes other increases, such as a higher starting wage for pharmacy technicians and call center representatives.

"These wage increases will have a meaningful impact on our colleagues and their families while helping the communities we serve prosper," said Karen S. Lynch, CVS Health president and CEO.

If the state wants to keep people from relying on social services, they have to be paid more for their work, said John Dodds, director of the Philadelphia Unemployment Project, in July.

"It's finally starting to happen, a little bit, because of the labor shortage in this pandemic," he added.

Gov. Tom Wolf has said he would sign a bill raising the state's minimum wage if it were to cross his desk. He says he agrees that a higher minimum wage will help the economy.